Maybe you’ve never heard of Joe Pags.(snip)This clip is from his show last week; he’s talking to a–theoretically-conservative Christian caller as she attempts to explain why she voted forBig Guy(snip)

This is from Joe Pags’ column on the same subject:

(snip) Let’s break down what Obama, Pelosi, Reid, the Obama SuperPACs, et. all were saying for a year and a half:

Only problem with that list is, not one bit of it is true. (snip)Here’s a list filled with the absolute truth about the last four years:

These are all facts. That’s just a short list of what this wannabe dictator has done in four years(snip)

We need a plan people. I will be working on one with Dewey and Little Mo in the days ahead. Because we refuse to go gently into that goodnight:

We conservatives, we do not accept bipartisanship in the pursuit of tyranny. Period. We will not negotiate the terms of our economic and political servitude. Period. (snip)We are the alternative. We will resist.(snip)We're purists now. Mark Levin

Remember: we are all Brietbart now. 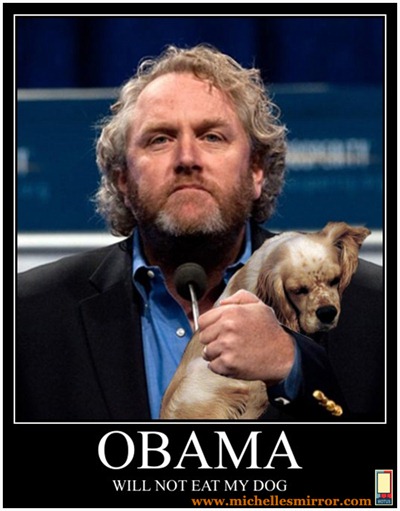 (snip)Now get out there and enjoy your weekend; just because it won’t roll around again for another seven days is no reason not to make the most of this one. We will dispatch the bullies is due time.

Calvin’s plan for dealing with the bully:

I don’t know if “ignorance” or better yet “stupidity” can be fought against effectively.

I listened to the whole tape. While the caller denied it, I thought the underlying tone came down to one thing: She voted for Barack Obama because he is black.

I base this on two statements.

One, she said that Barack Obama could be the president of all the people, code that a white guy cannot represent black people.

Two, she said that he needed four more years to fix the economy, code that we cannot let the first black president fail.

This was exacerbated by her belief that their was not much difference between Obama and Romney. Given that she did not see that much difference, a slight racial bias helped her make the decision. Many have said, why vote for Democrat lite when you can vote for full strength Democrat? This is a variation on that theme.

I got a chance to look over Joe Pags website. Very nice, and the article entitled “The biggest mistake this campaign Republicans assumed voters were smart” was spot on.

their should be there

My daughter called me the night of the election to say....I told you so. She had told me that her generation, she is 31, would reelect Obama. My only response was....I underestimated the stupidity of the voters.

re: “The biggest mistake this campaign Republicans assumed voters were smart” was spot on.”

I agree with that. I would like to suggest an additional cause of the election results.

I realize that many people are blaming the public schools for the idiocy of the general public. I’m not denying that it bears some responsibility, but I think even more is the moral collapse of our society that began back in the late 1950’s to today.

The family has been nearly destroyed. It is rare that you find an intact “mom and dad still married with kids” type family. Nearly 50% (more depending on the demographics) are single parent families. And, it is totally mainstream now to have a couple living together and having kids or having mixed kids from previous shack-ups.

When the family is destroyed so does consistent moral teaching as well.

The liberal policy of the government replacing the dad as the provider, replacing the church as the social safety net (as well as the teacher of morality), and replacing private industry as the employer, and replacing the local community in its influence on public school teachers, has created the monstrosity we have now - and that mainly through the Democrat party.

Also, I think so-called “higher education” in the colleges and universities has destroyed the teaching profession. Think back to even the 1950’s and 1960’s, in many states a teacher only needed a high school diploma to teach in public schools, but by the end of the 60’s and up to now, college degrees became a requirement in all 50 states to teach in public school.

This had a tremendous effect on what kind of educational philosophy public school teachers had. Before the college requirement, local public school teachers had received their education from some local school within their town/city or state. Their philosophy was heavily influenced by local views on morality, what was taught, and HOW it was taught.

Now, with the requirement that teachers have an “education” degree from an “accredited” college or university, the newly college trained teachers receive a philosophy that has very little local influence. Now they receive a very liberal, socialist based perspective on the teaching profession. Why? Because colleges and universities have been the refuge of Marxist/communist ideologies for decades (and this must change as well).

If conservatives do not take back control over the public insititutions - i.e. schools, universities, local governments - we are always going to be outnumbered and it is only going to get worse as time goes by.

Think about it, what kind of an influence would there be if year after year floods of conservative minded people became teachers in public schools, or conservatives elected to local government positions i.e. school boards, county, city, state positions?

I know there are those on this site who advocate not only leaving the public schools, but its total destruction. But, how likely is that? - no matter how many conservatives leave it? - we already see that we are out-numbered - we have to retake territory that we have lost. That begins with local political positions as well as schools. It begins with us sharing from our religious or family upbringing our moral values and work ethic.

No, conservative flight from the public schools or the public arena has only made things worse. If we want ANY chance to change things I think we have to start at the local level from local schools to towns to cities to state and then to national - AND, if more and more conservatives start filling colleges and universities, hopefully professorships will begin to fall more and more to conservatives as well.

This is going to take years. We may or may not have that kind of time, but I think we have to start where we live. We cannot change this from the top down. We are going to have to do this from the grass roots on up.

Thank you for your thoughtfull post. I have been focusing on the MSM, but the schools are also very important. I think reality my help us with the education process.

my help should be “may help”

re: “I think reality my help us with the education process.”

I hope you are right.

11 posted on 11/10/2012 8:51:02 AM PST by rusty schucklefurd
[ Post Reply | Private Reply | To 9 | View Replies]
To: sheana
I'm sure my daughter is walking a bit lighter too since "The One" stole this election. I'm sure I would take a licking from her if I was able to post this stuff on the FB page that got suspended. She knows my views but is very intolerant of them.

Wow, imagine that, the "tolerant" Left is actually "intolerant." Whodathunk?

Now all I can do and stand back and watch while my kids, and the rest of America who voted for the Marxist in Command, learn that "the stove is hot."

No, my daughter did not vote for Obama, She had just told me her entitlement generation would.

My bad, I misunderstood. Sorry.

Expecting voters to know what’s going on and their reliance on MSM is just part of why our great loss....Expecting GOP E’s to address media bias is another but this is where the fault lies..

They failed to hammer away on what will happen when Obama gets returned; The Obama 2013/14 Tax Increases. The impact of Obama’s energy policies..(a socialist construct never branded as such) and a bread and butter issue which reaches every into “demographics” pocketbook...The impact of Supreme Court Appointments.. 18,000 new IRS agents and on and on. Including rampant corruption . Some were very briefly touched most weren’t and Benghazi was left to languish. Then there is Obama’s personal extravagance and behavior refusing to visit Nashville after its disaster showing up at New Orleans after Mitt visited it.

Instead we got a sales pitch on executive ability but not the reason why one should toss the old model and buy his.

In addition Rove who I understand was handling the Senate PAC campaign and played games. His material
never warned voters that if Obama gets re-elected as well as senate the chances of repealing Obama care ...AND ALL THE TAX INCREASES THAT GO WITH IT WILL NEVER GET REPEALED Let alone tie into or cover the formentioned grape shot which would have perhaps changed that body.

Finally they didn’t believe the polls which turned out were dead on. Even going as far as setting up focus groups which could have looked into what’s going on . Even to the point of going out to local eateries and bars and eavesdrop into conversations and pick up on topics being discussed.(chat rooms twitter too contrived)