Jay Carney-Shipman Reminds Me of Somebody: "The Americans are not near Baghdad."
Michelle Obama's Mirror ^ | 10-10-2012 | MOTUS

The only poll that BO is still leading in is “likeability.”This could be another historic election: 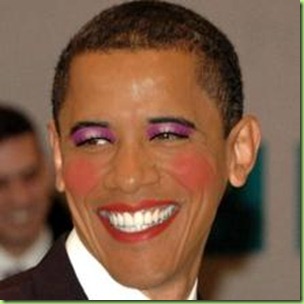 The first time America has elected Ms. Congeniality to the Presidency?

(snip)Big Guy finally fessed up to having a hand in the defeat:

“I think it’s fair to say I was just too polite,"the president said when asked about his first debate performance during an interview on the Tom Joyner radio show."The good news is, is that’s just the first one." 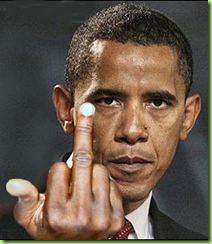 …and I’ve been getting a little coaching

(snip)that pesky allegation of a cover up of the facts surrounding the murder of our Ambassador and 3 other Americans in Libya. These charges are simply not true: butt don’t take my word for it, ask Jay-Jay, current chief spokesmouth and graduate of Baghdad Bob’s School of Journolists. 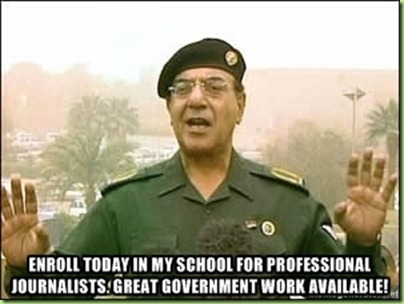 “I think there is no question that when four Americans are killed at a diplomatic facility, that something went wrong,”Carney said. 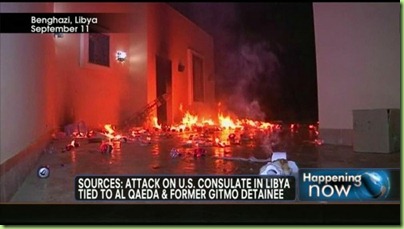 I sure hope somebody can clean up this fine mess we find ourselves in-through no fault of Big Guy or anyone in his administration who inadvertently denied extra security requests for the embassy in Benghazi multiple times. Because we’ve got a reelection to WIN!

And in order to WTF, we’re going to need a performance from Mr. Claire Shipman that’s at least as good as the master...

Whatever happened to Baghdad Bob? I think he should replace “Curly Top” Wasserman-Schultzas head of the DNC.

Did this whimpering simp take his wife's name or something? Is his 'wife' a man? Men have balls, Hyphenated, henpecked simps have to ask their wives (partners) when they want to use them.