What’s all this about secret meetings in the Big White regarding a resurgence of al Qaeda in Africa?

...Well, just hold onto that Obama-phone of yours and wait awhile.

I’ve got proof that,even if there were meetings, Big Guy didn’t know anything about the disturbances at our embassies being al Qaeda terrorist activity. It’s already been well established that he’s been too busy governing to make time to attend daily intelligence briefings...Seriously, where do you think the “empty chair” motif came from anyway? 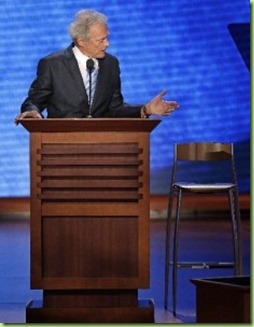 ...Butt as is our fashion, this has been recast in “Minitru” (newspeak for Ministry of Truth) as a “bump in the road”... in Minitru, reality is recast such that “the economy is turning around,” and “going in the right direction,” the Christmas Bomber was an “isolated terrorist” the Fort Hood Allah Akbar shooter was a case of “workplace violence,” the Times Square Bomber a “one-off,” and the Muslim Brotherhood is a “moderate, mostly secular” organization.

(for the record, to all of the above earned 4 Pinocchios)

...Anyway, even if BO sucks at the debate, he’s still so far out front in the polls...So keep those cards, letters, emails, checks and robopoll responses rolling in! We love them. Especially the checks and the robopolls. And remember, even if you’re not home, you can still get in on the polling! Just be sure to turn your answering machine on: because apparently an unanswered phone is every bit as good as an empty chair.

In Colorado, when you push #2 for Romney, the next question is:

“How certain are you that you’re going to vote for Obama?”