TOPICS: Politics
KEYWORDS: birthcertificate; naturalborncitizen; obama; overthetarget; truth Navigation: use the links below to view more comments.
first previous 1-20, 21-40, 41-42 next last
To: gov_bean_ counter
Really surprised that such an innocuous statement would draw the response that it has. What is it they say about the amount of flak you get is equal to how on target you are?
21 posted on 08/24/2012 2:08:10 PM PDT by Lucky9teen (Peace is that brief glorious moment in history when everybody stands around reloading.~Thomas Jeffer)
[ Post Reply | Private Reply | To 7 | View Replies]
To: Lucky9teen

...if anyone actually thinks Odungo would tweet and be able to string words over two syllables together hasn’t heard him speak.

Not only did it start in 1991, but didn’t get changed until right before he ran for election. It was there for a decade and a half.

I am of the belief that he likely manufactured that for a combination of access to special grants, free stuff, etc, and later to differentiate himself within the liberal community. I generally don’t see any clear evidence he was born in Kenya. Although his birth certificate copy is poor, the newspaper birth announcements are compelling. Assuming there is no way to monkey with old files from 50 years ago in the archives, there was no reason at that time to think this child of an overseas polygamist and a hippie single mom would ever amount to anything that would have led to false stories in the paper at the time. I do not completely discount that he could have a different father, but that really doesn’t change much. Another father would probably be American, and it doesn’t change the fact that this guy is already proven to have a fairly manufactured life story....’composite’ events and people.

This disgusting Curse on our Nation named Barack Hussein Obama II, aka Barry Soetoro, has a real birth certificate, with his right footprint on it.
All you have to do is look for it.

Here's some critical sources and FACTS.
People can go to www.scribd.com and read their pages 20 thru 32 ,

Introduction, THE UNDOCUMENTED WORKER IN THE OVAL OFFICE.


For those of you who don't know, remember this:

The Democrats knew about this BEFORE Obama was elected in 2008!

8 Congressional attempts from June 2004 to February 2008 to alter Article II Section 1 Clause 5 of the US Constitution, proves to me

that the DNC knew that Obama was born in Kenya.

Read it for yourself.

What did Congress know about 'natural-born citizen'?
8 tries at eliminating requirement suggests organized strategy in place


Then look at these links.

There were 8 attempts by Democrats to try to "Change the Qualification Rules" BEFORE Obama was elected.
They KNOW Obama's ILLEGAL ... AND .... UNQUALIFIED!

Obama's record is hard to find.
Check this link out Sunday, June 27, 2004 Kenyan-born Obama all set for US Senate.

"On August 4, 1961 Obama's mother, father and grandmother were attending a Muslim festival in Mombasa , Kenya . Mother had been refused entry to airplanes due to her nine month pregnancy.
It was a hot August day at the festival so the Obamas went to the beach to cool off.
While swimming in the ocean his mother experienced labor pains so was rushed to the Coast Provincial

General Hospital, Mombasa, Kenya where Obama was born a few hours later at 7:21 pm on August 4, 1961(what a sad day for the USA!).
Four days later his mother flew to Hawaii and registered his birth in Honolulu as a certificate of live birth which omitted the place and hospital of birth."


Here's something to ponder.

I think it more likely that the trip from Kenya actually occurred in August 1961, shortly after BHO-II's birth at the Coast Province General Hospital in Mombasa.
Ann and her newborn son flew from Nairobi to London, via BOAC Flight BA162 and then took the non-stop BOAC flight from London to Vancouver, Canada.
She then traveled the 110 miles or so, across the border, to Seattle in time to start Fall Semester, night-school extension classes at the University of Washington.
The trip would be challenging for a new mother, but she was young, healthy, intelligent, and capable.
BOAC was very accomodating to mothers with young children back in the 1960s. No real problem! From the Airline Timetable Images - List of Complete Timetables, the cost of BOAC from April 24,1960 until October 1, 1962 was:

From Vancouver to Nairobi cost in Canadian Dollars:


Passanger Fares could be "FLY NOW AND PAY LATER".
Arrangements could be made whereby residents of certain areas may, on payment of a 10% deposit, travel immediately and pay the balance of fare in monthly instalments.


If you're wondering about where the money came from, think about this. Look at all the financial supporters Barack Hussein Obama, Sr. had.

"In 1959, Obama Sr. received a scholarship in economics through a program organized by nationalist leader Tom Mboya.
The program offered Western educational opportunities to outstanding Kenyan students.[22][23][24]
Initial financial supporters of the program included Harry Belafonte, Sidney Poitier, Jackie Robinson, and Elizabeth Mooney Kirk,
a literacy advocate who provided most of the financial support for Obama Sr.'s early years in the United States, according to the Tom Mboya archives at Stanford University.
Funds provided the following year by John F. Kennedy's family paid off old debts of the project and subsidized student stipends,
thereby indirectly benefiting Obama Sr. and other members of the 1959 group of scholarship holders.


Yes, it's quite clear that money wasn't a problem for the Marxists Revolutionaries.

Departure arrival times from Britian to Nairobi are found here.

Departure arrival times for London and Vancouver are found here.

Now think about those facts,and statements.
The forgeries I'm aware of, are the three Birth Cretificate Barack Hussein Obama II has forged.
I don't trust evidence put forth by Obama supporters.
The disappearance of too much evidence on Obama is strong enough for me to know that he was born in Kenya.

Read INS DOC FOUND: U.S. CERTIFICATE ISSUED TO ONE EAST AFRICAN-BORN CHILD OF U.S. CITIZEN IN 1961!
The documents provided in that article are very damaging to Obama, and well worth your time.

Most of these early "supporters" of the ILLEGAL IMMIGRANT IN CHIEF were party to the Communists "spooks".
There's a great volume of history you have to go through to understand this, and it goes back to about 1850.

Read these three articles on one of my earlier post:

PRAVDA: "THE AMERICAN DESCENT INTO MARXISM IS HAPPENING WITH BREATH TAKING SPEED"

Soviet Subversion of the Free Press (Ideological subversion, Destabilization, CRISIS - and the KGB)


Now go back and read The Communist Takeover Of America - 45 Declared Goals.

Are you getting the depth of this Fabian Society takeover? 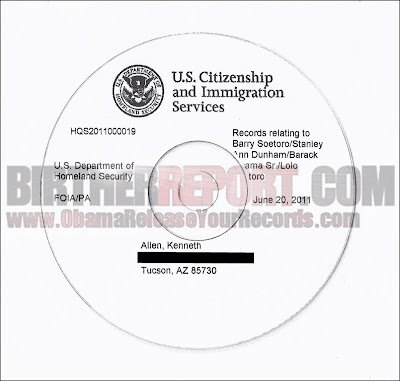 You wouldn't believe the information here

Anybody recall a press release telling the masses about federal intelligence notes sent warning police about this cabal?

obama once again ADMITS he was Born in Kenya..!

Make them adhere to their own rules.

Where is the transparency of which Candidate Obama spoke? Why did he seal his school transcripts and thesis?

Barry Soetoro hasn’t released his birf certificate or his college records, BECAUSE HE IS HIDING SOMETHING.

I am SO ready to have a grown-up in the White House for a change.

One wonders why he claimed for sixteen years he was born in Kenya ...

32 posted on 08/24/2012 2:34:02 PM PDT by AngelesCrestHighway
[ Post Reply | Private Reply | To 1 | View Replies]
To: Free ThinkerNY
Supreme Emperor Sh!thead was officially referenced as a damn foreign student in some of his student records.

Obama is about as American as Mugabe.

Talk about thin skin....if you check out #birther on Twitter...there are MANY posts who are now calling Romney a racist because of his birther comment.

WTF? Questioning Obama’s birthplace (which Romney didn’t do, technically) is racist? How so?

The only one who can joke about Obama’s BC is Obama. He has used it repeatedly as punchlines to jokes. He also voluntarily brings up in campaign speeches using “birthers” as an epithet.

The WH response was meant to elicit the response it DID GET FROM ROMNEY, i.e., Romney says he believes Obama was born in the US. This is calculated to get Romney on the record. All Reps in elective office are required to respond similarly. No on wants to be considered a birther.

It would do Barry Obemba good if he would listen to the lyrics of “Born In The USA”.

The lyrics are just as anti-USA as he is.

In the court of public opinion Obama is tanking...

Headline on The Drudge Report

Just quit being a smart ass and show your birth certificate. You can’t! You don’t have one.