So welcome to Big Guy’s postmodern presidency (PMP) that evolves around his own sun and resides in its own alternate universe. Of course, he didn’t build that himself. The MSM built that for him.

Allow me to cover some of the more salient points of the PMP universe:

In our world this is not the face of racism: 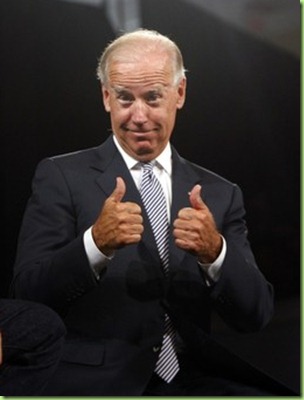 Nor is it racism for the New Black Panthers to take Big Guy’s idea of “a civilian military force that’s just as powerful, just as strong, just as well funded” to the next level. So when they say they want their own inner city military to murder white babies it’s not racist. I’ll have to go over the details as to exactly why this isn’t racism at a later date. For now, just note that if you or your people are now, or ever have been oppressed, you can only be a victim of racism not a perpetrator.

Goodness! That sort of takes your breath away. Those people (is that racist?) make the Reverend Wright sound like a boy scout...

They are buying up ammo for Obama’s new National Security Force.

They now report to the Department of Racism.

I wish this were true.

Nothing would be more defining.

Don’t be stupid be a smarty,
join the negro Nazi party!

5 posted on 08/16/2012 9:39:02 AM PDT by MikeSteelBe (Austrian Hitler was, as the Halfrican Hitler does.)
[ Post Reply | Private Reply | To 1 | View Replies]
To: MikeSteelBe
I say "Bring it." Let's settle this once and for all. A peaceful, law-abiding society has no place for race-baiting hate-merchants like "Who Sane" or "Malik Dumbazz."

Time to pay the piper, Boqueeshiss.

Have you noticed how many government agencies are buying enormous amounts of ammo? Mostly hollow point type. Even the IRS has got in the game and bought about 45,000 rounds recently. What kind of crap is this? NHLS just purchased over 460,000,000 rounds of hollow points. WTF? Gang, something is going down so start getting ready, our urban enemy will be backed with our tax dollars via our government. Go to youtube and type in army trains. They are being placed all around large cities. Its going down I tell you. This ammo purchasing spree (even the NOAA, weather?)and there is only one reason for it. Open eyes those that haven’t already.

Probably my fault...During my last audit they had access to my records going back 15 years and probably felt that they had to beat me at something after finding my tax record squeaky clean...

The New Negro Panther Party is not to be feared — they’re better to be ignored. They are relevant to nothing.

Holder’s DOJ would prosecute whites for threatening “his people”.

The negro Nazi party ruling America has to be removed from power.