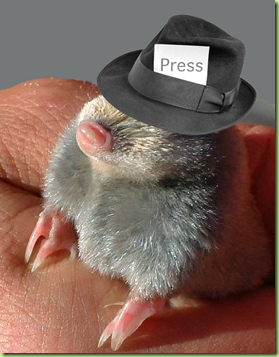 If you don’t remember how Little Mo came to live with us in the Big White, following is a brief retrospective of his career. 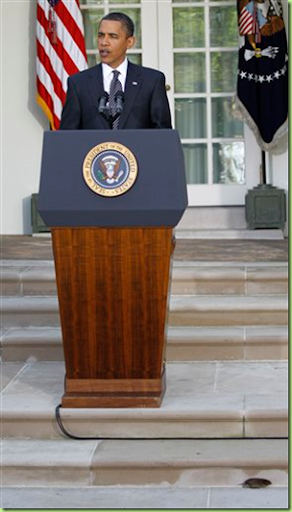 Mole runs past Big Guy in the Rose Garden while he’s yammering about the Wall Street mess.

...Well, I mention all of that “on background” only so you realize how inherently qualified Little Mo is for his new and so far most critical assignment: providing us with information on deep background from within the Department of Justice itself. I think this may be the only way we get to the bottom of the this current Fast and Furious Executive Privilege maneuver. And since we here at the Big White are committed to being completely transparent, we will use whatever means possible to deliver on that promise.

So say goodby to Little Mo for awhile, we won’t be seeing him again for awhile.

Butt we will be hearing from him. Little Mo will be ensconced clandestinely - deep within the bowels of the DOJ – and will be providing exclusive, anonymous reports to MOTUS readers using the moniker “Deep Quote.”...

TOPICS: Humor; Politics
KEYWORDS: doj; holder; mole; obama
1 posted on 06/21/2012 7:12:37 AM PDT by NOBO2012
[ Post Reply | Private Reply | View Replies]
To: NOBO2012
There are at least two former True Believers—very trusted members of His Heinous' sanctum sanctorum—who have "turned" of their own volition, and who now provide documents and firsthand testimony about O'Bunga's thickening Marxist cesspool. Probably people with young children, who want their progeny to grow up in a nation that remains sovereign and free.