The NY Daily News is promoting the August edition of Vanity Fair, in which a vicious hit piece full of lies, distortions and innuendo savagely attacks everything about Sarah Palin, not the least of which is her character.

The load of garbage disguised as an article was written by the liberal magazine's national editor Todd Purdam. If you don't know where he's coming from, consider that Purdam formerly worked for the New York Times, the newspaper of the Democrat Party's liberal wing.  He is married to Dee Dee Myers, who was Bill Clinton's White House press secretary from 1993 to 1994. Clinton has called Purdam "a real slimy guy," "a scumbag" and a" dishonest guy." Clinton should know. The former president was impeached on charges of perjury and obstruction of justice by the U.S. House of Representatives in 1998.

The VF hit piece, written by "a dishonest guy," quotes a slew of senior members of McCain's campaign team" bash Sarah Palin. None of these McCain staffers has the courage to put their names behind their attacks, of course. This was their modus operandi back in November, when DBKP pointed out:

"At least all the Hollywood and Manhattan Palin-haters were willing to sign their names and put their faces on their attacks."

Six months later, and there they go again. Unable to man up and admit that they ran one of the worst presidential campaigns in U.S. electoral history, these disgusting losers are repeating their hearsay attacks on Gov. Palin.

Why, you may ask, are they doing this? It's simple, really. They want jobs with any potential GOP presidential candidate for 2012 who will hire them. In order to excuse the poor performance of the campaign they ran for McCain, they still need their scapegoat, and they long ago chose McCain's former running mate to blame their incompetence on. Though it's only 2009, we're approaching the point where the planning for primary campaigns begins, and staffing is one of the first things the nascent campaign organizations start thinking about.

Who is behind the anonymous dissing of Sarah Palin? The first former McCain staffer outed for kneecapping Gov. Palin was Nicole Wallace. Wallace had been a political analyst for the CBS Evening News, where she became friends with Katie Couric and arranged the interview with Sarah Palin for which Couric prepared by studying with anti-Palin foreign-policy advisors who went on to campaign for then-candidate Barack Obama.

Late in October, The American Spectator's The Prowler revealed:

"Former Mitt Romney presidential campaign staffers, some of whom are currently working for Sen. John McCain and Gov. Sarah Palin's bid for the White House, have been involved in spreading anti-Palin spin to reporters, seeking to diminish her standing after the election. 'Sarah Palin is a lightweight, she won't be the first, not even the third, person people will think of when it comes to 2012,' says one former Romney aide, now working for McCain-Palin. 'The only serious candidate ready to challenge to lead the Republican Party is Mitt Romney. He's in charge on November 5th.'"

"Some former Romney aides were behind the recent leaks to media, including CNN, that Governor Sarah Palin was a 'diva' and was going off message intentionally."

The Romney supporters in the McCain campaign had access to internal polling which indicated well in advance of the November 4 election that McCain had no chance to win. So they began working to position their man Mitt for a run in 2012.

Just two days after the election, The Palmetto Scoop reported:

"One of the first stories to hit the national airwaves was the claim of a major internal strife between close McCain aides and the folks handling his running mate Sarah Palin."

"I’m told by very good sources that this was indeed the case and that a rift had developed, but it was between Palin’s people and the staffers brought on from the failed presidential campaign of former Gov. Mitt Romney, not McCain aides."

"The sources said nearly 80 percent of Romney’s former staff was absorbed by McCain and these individuals were responsible for what amounts to a premeditated, last-minute sabotage of Palin."

These aides loyal to Romney inside the McCain campaign, said The Scoop, reportedly saw that Palin would be a serious contender for the Republican nomination in 2012 or 2016, which made her a threat to another presidential quest by Romney.

"Here’s what I think: I think there are some staffers on the McCain campaign who seriously screwed up the roll out of Sarah Palin, to which Governor Palin herself objected. These staffers are now out trying to finish her off thinking, as typical D.C. types do, that if they don’t do it to her, she’ll do it to them. They just never understood who Palin is or what she is about."

"Likewise, I do think there are some staffers and others who expect Mitt Romney to run again in 2012, they decided McCain could not win, and decided to undermine Sarah Palin and her chances hoping it would ingratiate themselves with Mitt Romney. This also explains people like Kathleen Parker, who lusts the magnificent hair."

A list of key McCain campaign people is here. The next step is to go through the list name by name and identify the ones who jumped on McCain's bandwagon after jumping off of Romney's. To quote McCain himself, "You will know their names."

I live in Alaska, and like I’ve written before, I actually know Sarah Palin. Those of us on the right need to understand that the left and their allies have declared war and treat it as such. They actively seek to destroy people with traditional American civic values and conservative ideas, and as disgusting as it is, we need to respond in kind. I’m watching the results of polite discussion with the thugs of the left. We need to match the left point by point. In fact, Sarah is just one in a long series of good people whose life has been wrecked by leftists. If that’s what they want, that’s what they deserve to get.

And this is how I feel before that first cup of coffee.

They must be very afraid of Sarah.

Their actions are very telling. If they weren’t so scared of Sarah, they would have completely ignored her.

“Afraid” is an understatement. They are terrified that she could upset the GOP/Democrat machinery that keeps at least one of those parties in power to the detriment of the American People. They know they cannot control her.

If these are the type of individueals the Romney wants to run his campaign, and he doesn’t at least distance himself from their Palin-bashing then he will never get my vote. If all those mentioned are Republicans (even in-name-only) then the Republican Party will not receive my support.

Takes one to know one. 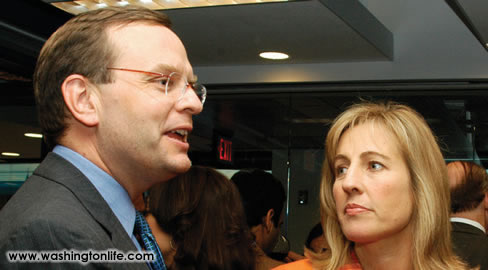 Not a single slur ought to go unanswered. Not a one.

The days of turning the other cheek ought to be over.

Make no mistake. Liberals are scared shitless over Sarah Palin and that is why they try to destroy her.

If they can’t get her to embarass herself then they try to get to her through her family.

It’s one of the most disgusting, disgraceful and outrageous things the MSM has ever done.

This is not what the press was created for and it is precisely because of this kind of treatment that the MSM has ratings in the basement and liberal tabloids which were once newspapers going out of business.

Make no mistake. Liberals are scared shitless over Sarah Palin and that is why they try to destroy her.

If they can’t get her to embarrass herself then they try to get to her through her family.

It’s one of the most disgusting, disgraceful and outrageous things the MSM has ever done.

This is not what the press was created for and it is precisely because of this kind of treatment that the MSM has ratings in the basement and liberal tabloids which were once newspapers going out of business.

Good one, Josh! Way to get this out there fast!

(Yeah, it will give that rag some hits, but the exploding libdolt heads from a freeped poll re Gov. Palin will be worth it.)

14 posted on 06/30/2009 6:43:41 AM PDT by piytar (Take back the language: Obama axing Chrystler dealers based on political donations is REAL fascism!)
[ Post Reply | Private Reply | To 1 | View Replies]
To: SolidWood; Virginia Ridgerunner; Diogenesis; DB9
Josh has written an excellent summary of the situation with this latest hit-piece in Vanity Fair and the "anonymous" cowards who are recycling the same garbage. Most seem to be from Team Romney. Disgusting.

Why now? Nothing new except the outrageous post-partum depression insinuation. SarahPAC has to report its first numbers next month and today is the last day for donations that count.

The MSM will do everything they can to portray Palin as being stupid. That’s one thing they don’t have to do with the current POTUS. McCain’s campaign was in the dumps, he was about to become another Mondale. His campaign shot up when Palin entered the picture. She got the vote out, it was her, not McCain that drew the crowds to the rallies, and they know it.

How do you believe Sarah Palin performed as a candidate for vice president?

Palin did great. It wasn't her fault that McCain wasn't a strong leader of the ticket. 66%

She did OK. She certainly wasn't the reason why McCain lost. 7%

She did poorly. McCain might have won if he made a smarter VP pick. 27%

Plus, she’s been on a roll lately. She was given a hero’s welcome in New York. She made Letterman cave. The left-wing hatebloggers overreached by mocking Trig, and parents are sympathizing with her. She’s up +6 among independents and +7 among Democrats (!) in the latest Pew poll. And she’s just returned from a visit to the troops in Kosovo which the Army called a “huge morale boost.” On the way back, she stopped in Germany and spent the whole day at Landstuhl with the wounded troops. That’s twice for her there in two years, and Obama blew off visiting the troops because the military wouldn’t let him bring his sycophantic press entourage with him. So he shot some hoops instead. Before she left for Kosovo, she rode out to the U.S.S. Stennis on a C-2A with an Admiral who personally excorted her and Todd to the carrier. Oh, and she just walked away with a straw poll in Kansas.

I’m willing to bet real money that the timing of the NY Daily News and VF hit pieces is no coincidence.

There was some interesting discussion starting here on the Stennis visit thread as to why flag officers from multiple services seem quite interested in the Governor lately. Take a look at it if you haven't seen it.

I think the choice of Sarah Palin was necessary.

In fact I think it reinvigorated and reenergized a flagging campaign.

One of the reasons the MSM fears Sarah. She can really whip up a crowd into a frenzy and into action.