I'm really excited by George Bush's latest reason for bombing Iraq: he's running out of patience. And so am I!

For some time now I've been really pissed off with Mr. Johnson, who lives a couple of doors down the street. Well, him and Mr. Patel, who runs the health food shop. They both give me queer looks, and I'm sure Mr. Johnson is planning something nasty for me, but so far I haven't been able to discover what. I've been round to his place a few times to see what he's up to, but he's got everything well hidden. That's how devious he is.

As for Mr. Patel, don't ask me how I know, I just know - from very good sources - that he is, in reality, a Mass Murderer. I have leafleted the street telling them that if we don't act first, he'll pick us off one by one.

Some of my neighbours say, if I've got proof, why don't I go to the police? But that's simply ridiculous. The police will say that they need evidence of a crime with which to charge my neighbours.

They'll come up with endless red tape and quibbling about the rights and wrongs of a pre-emptive strike and all the while Mr. Johnson will be finalising his plans to do terrible things to me, while Mr. Patel will be secretly murdering people. Since I'm the only one in the street with a decent range of automatic firearms, I reckon it's up to me to keep the peace. But until recently that's been a little difficult. Now, however, George W. Bush has made it clear that all I need to do is run out of patience, and then I can wade in and do whatever I want!

And let's face it; Mr. Bush's carefully thought-out policy towards Iraq is the only way to bring about international peace and security. The one certain way to stop Muslim fundamentalist suicide bombers targeting the US or the UK is to bomb a few Muslim countries that have never threatened us.

That's why I want to blow up Mr. Johnson's garage and kill his wife and children. Strike first! That'll teach him a lesson. Then he'll leave us in peace and stop peering at me in that totally unacceptable way.

Mr. Bush makes it clear that all he needs to know before bombing Iraq is that Saddam is a really nasty man and that he has weapons of mass destruction - even if no one can find them. I'm certain I've just as much justification for killing Mr. Johnson's wife and children as Mr. Bush has for bombing Iraq.

Mr. Bush's long-term aim is to make the world a safer place by eliminating 'rogue states' and 'terrorism'. It's such a clever long-term aim because how can you ever know when you've achieved it? How will Mr. Bush know when he's wiped out all terrorists? When every single terrorist is dead? But then a terrorist is only a terrorist once he's committed an act of terror. What about would-be terrorists? These are the ones you really want to eliminate, since most of the known terrorists, being suicide bombers, have already eliminated themselves.

Perhaps Mr. Bush needs to wipe out everyone who could possibly be a future terrorist? Maybe he can't be sure he's achieved his objective until every Muslim fundamentalist is dead? But then some moderate Muslims might convert to fundamentalism. Maybe the only really safe thing to do would be for Mr. Bush to eliminate all Muslims?

It's the same in my street. Mr. Johnson and Mr. Patel are just the tip of the iceberg. There are dozens of other people in the street who I don't like and who - quite frankly - look at me in odd ways. No one will be really safe until I've wiped them all out.

My wife says I might be going too far but I tell her I'm simply using the same logic as the President of the United States. That shuts her up.

Like Mr. Bush, I've run out of patience, and if that's a good enough reason for the President, it's good enough for me. I'm going to give the whole street two weeks - no, 10 days - to come out in the open and hand over all aliens and interplanetary hijackers, galactic outlaws and interstellar terrorist masterminds, and if they don't hand them over nicely and say 'Thank you', I'm going to bomb the entire street to kingdom come.

It's just as sane as what George W. Bush is proposing - and, in contrast to what he's intending, my policy will destroy only one street.

TOPICS:
KEYWORDS: vkpac; zot Navigation: use the links below to view more comments.
first 1-20, 21-40, 41-53 next last
Yes, I appreciate being an American and being able to exercise my right of free speech.

4 posted on 05/22/2004 12:27:50 PM PDT by antaresequity (This is not the "War on Terror", Islam is the common denominator)
[ Post Reply | Private Reply | To 1 | View Replies]
To: skoo
The brainless little Leftist turd who wrote the article questions whether or not Saddam Hussein was a mass murderer.

Does "free speech" usually consist of such drivel in Liberal Land?

Liberals should not attempt humor.

Shut Up and Act or Direct. Let the grownups take care of mass murderers.

Stay a while, you might (I know, learning is rough) learn something.

Oh, and welcome to FR.

America did not leave you - you left it.

Just remember: it's better to get pi$$ed off, than pi$$ed on.

Thanks for all you and John do. I guess you gots your edukation in a publik skoo.

It's hard to tell if this is supposed to be a childishly sarcastic rant against President Bush or a parody of the liberal dialectic process. 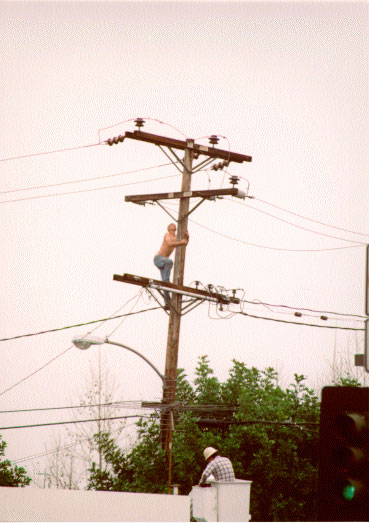 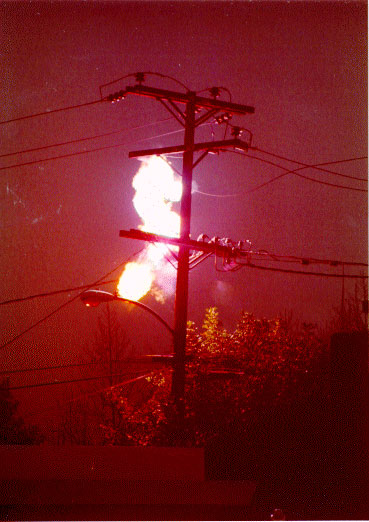 19 posted on 05/22/2004 12:46:48 PM PDT by John Lenin
[ Post Reply | Private Reply | To 1 | View Replies]
To: skoo
You signed up today, posted and knew you would be zotted. Besides abject stupidity, are all you liberals masochistic? I'm talking the self-flagalation with chains type of masochistic pain that only a true liberal would enjoy.