Barack and Michelle Obama are the most admired people in the world, according to a survey by the opinion research institute YouGov, published on Friday.

According to YouGov, this is the first time the former US President has reached the top of the mens rankings since the “World’s most admired” survey was launched in 2014.

Chinese leader and party leader Xi Jinping follows as the third most admired man, according to the survey results. …

Which insane asylum was the poll conducted in?

obama, gates and the Chinese guy.

I can believe that more.

The US is still the best country in the world and so at least about 55 percent of us aren’t insane.

Most of the rest of the world is.

LOOK at them. LISTEN to them. EXAMINE their deeds.

You say you want a REVOLUTION? We are how many days away from “fundamentally transforming”, YOU PUNK POS Berrie O Bozo? 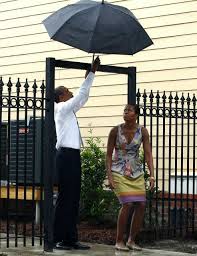 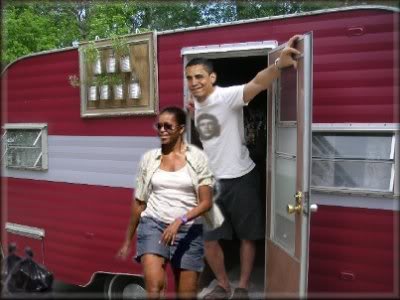 23 Sept: The Economist: The donkey’s long tail: Why the Democrats are our narrow favourites to win the Senate
The Economist’s new statistical model gives them a 67% chance of flipping the upper house of Congress. That would open up new possibilities...
Democrats can take heart from polling that shows rural voters everywhere have cooled a bit on Mr Trump. He still has a 14-point lead in rural places, but that is well short of his 22-point advantage four years ago. Commentators seem not to have noticed that Mr Biden has so far gained a bigger swing in rural places than he has in the suburbs.

***Polling by YouGov for The Economist also shows he is doing better than Hillary Clinton managed among the elderly. And among non-college-educated whites Mr Biden has managed a ten-point gain over Mrs Clinton. Even if barn signs in Howard County don’t all point the Democrat’s way, those are decent numbers.
https://www.economist.com/united-states/2020/09/26/democrats-are-doing-less-badly-among-rural-voters

third...they love China. it’s only near the end of the following that this farce is exposed:

24 Sept: The Economist: A greener horizon: China aims to cut its net carbon-dioxide emissions to zero by 2060
(This article appeared in the China section of the print edition)
Before Mr Xi’s speech, many analysts had predicted that China would not show its hand until after America’s elections in November, when American climate-change policy for the next four years will become clearer. Stung by international criticism of its early handling of the pandemic, China may have decided to reveal its hand earlier to boost its image.
But are the targets realistic?...

***The Brookings-Tsinghua Centre for Public Policy, a think-tank in Beijing, reckons they could begin declining in 2025. So Mr Xi’s reference to a target of 2030 in his speech to the UN was distinctly underwhelming.
Aiming for carbon neutrality by 2060 is another matter. Mr Xi had already floated the idea that China might strive for such a goal on September 14th at a video summit with European Union leaders...

Crucially, China has not spelled out whether its new target will cover domestic emissions only, or include the emissions caused by China’s generous investments in coal outside its borders, including through the Belt and Road Initiative...

Achieving the 2060 target will require a complete decarbonisation of China’s electricity supply, more than 60% of which still comes from burning coal. Yet China is still building coal-fired power plants faster than any country. In the first six months of 2020 it built more than 60% of the world’s new installations of them. Carbon-heavy infrastructure being planned and built today could remain usable for decades. China’s efforts to revive its covid-struck economy include making it easier to secure permits to build such stuff...

The lack of an obvious road-map makes Mr Xi’s commitment all the more remarkable. His ambitions will require a new approach to economic development that will need to become obvious soon.
https://www.economist.com/china/2020/09/24/china-aims-to-cut-its-net-carbon-dioxide-emissions-to-zero-by-2060

Brookings Institution: About the Brookings-Tsinghua Center for Public Policy
Founded in October 2006, the Brookings-Tsinghua Center for Public Policy (BTC) is a partnership between the Brookings Institution in Washington, D.C. and China’s Tsinghua University. Based in Tsinghua’s School of Public Policy and Management, the BTC seeks to produce high quality and high impact policy research in areas of fundamental importance for China’s development and for U.S.-China relations. The BTC provides research by Chinese and American scholars on economic and social issues in China’s development, hosts visiting researchers, and holds seminars, panels and conferences that bring together leading policy experts and officials from China and abroad...
China’s astonishing economic growth has propelled its emergence as a global power. To sustain growth, China must meet soaring energy demands...
Critical Issues for Research
U.S.-CHINA RELATIONS...
CLEAN ENERGY AND CLIMATE CHANGE: U.S.-China cooperation in the development and deployment of clean energy technologies...
https://www.brookings.edu/about-the-brookings-tsinghua-center-for-public-policy/

Ain’t that the sad truth.

More than Pope Marx-Lenin The First?

” rural voters everywhere have cooled a bit on Mr Trump. “

Are they on crack?

I NEVER saw as many Trump signs and flags in ‘16 as I have this year...and there were a lot, back then.

Someone is way to close to their keyboard after smoking some of the good stuff.

Obama was a pretender in the white house, he was elected because he was black and could speak properly, according to biden.

*This* must have gutted Snopes to admit

They live in a very small world, just like some of Dr. Seuss’ creatures in “Whos’Ville”.

If the election for Congress were being held today, and you had to make a choice, would you be voting for...

Who ended up winning both the US Senate and the House? Answer: Republicans.

Some people believed Hitler was a great leader.

Seriously, these people must be under some early form of the strong delusion to be this absurd and ridiculous. Why not just have another New World Order Global Citizen Festival and worship Barack again?

And the Obama hand sign or whatever @1:02. Look @ all of the Globalist fools in the audience doing the salute, as well.

They're all making the hand sign for their hero Manchurian Candidate Barack Hussein Obama when he comes on the screen (via remote) that they're all facing.