Why aren't bidets more popular in America? (Would you just paper if "it" was on your hands?)
MNN Blog ^

The U.S. has long prided itself on being a cleanliness-first nation. All throughout my childhood, I heard about "dirty" Europeans and "smelly" French folk. My school friends, and sometimes even their parents, would joke about how women in other countries didn't shave legs or armpits and how glad they were that kind of behavior didn't fly in America — unless one was a "dirty" hippie, that is.

We have been through the toxic wringer and back in attempting to keep our homes not only sparkling clean, but germ-free (which very well might be contributing to supergerms and auto-immune diseases per the "hygiene hypothesis"). And we spend tons of money in pursuit of that elusive state. Thankfully, many of us have realized the irony of bringing a plethora of chemicals into our homes to make it "clean," and nontoxic product use is on the rise. Nonetheless, we are still a dirt- and germ-avoiding nation.

Which is why it has always surprised me that bidets — which can be separate basins or integrated into a regular toilet (if one is lacking space) — are so uncommon in America.

After all, what could be cleaner than actually washing oneself after using the bathroom? Relying on toilet paper is often insufficient, and not only does extra TP usage mean toilet clogging is more common, it is clearly wasteful to use TP for a job that's beyond its powers. Bidets are a far greener solution to using reams of extra toilet paper to make sure you're clean.

And ironically, bidets save water too (even though they use it). How? Well, think about how many times you have taken a full-on shower when you didn't really need one, because you felt a bit sweaty (after sports), uncomfortable (from wearing restrictive clothing), or just not clean down below (after sex)? (Or for women, while menstruating?). Not only is it a hassle and a time-waster to take more than one shower a day, but it's a waste of water and fossil fuels for all that extra hot water.

Bidets are found throughout Europe, the Middle East and Asia (especially Japan) and pretty commonly in South America (basically everywhere besides the U.S., Canada and Australia), but I know exactly one person who has one, and he is originally from South Africa.

But bidets are growing in popularity in the U.S. - the Toto Washlet being a specific brand that is popping up in all kinds of home renovations and new buildings. (I've seen them featured on house-hunting shows on TLC as well as in listings for NYC apartments; for now they are always considered a "perk" or "extra.") Here's one trend I hope will trickle down — pun intended.

The next time I know I'll be living somewhere for more than a year, I'm going to invest in an in-toilet unit bidet for myself and my partner. How about you: would you consider a bidet during your next bathroom upgrade?

I have never used a bidet. Does it get “it all”?

The great thing about toilet paper is that it localizes the mess. Bidets spread the mess because water just goes everywhere. For those who want the feel of a bidet without the mess, wet wipes are the way to go.

3 posted on 05/22/2013 9:54:06 AM PDT by Zhang Fei (Let us pray that peace be now restored to the world and that God will preserve it always.)
[ Post Reply | Private Reply | To 1 | View Replies]
To: NotYourAverageDhimmi
would you consider a bidet during your next bathroom upgrade? Only if it had the "Al Bundy Whoosh!" 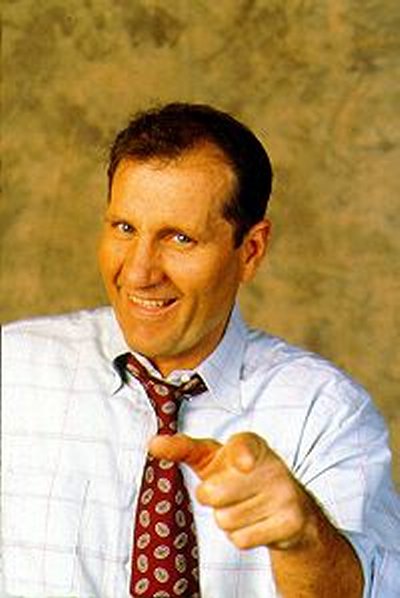 When you don’t shower every day (Europeans) a bidet is a good idea/necessity.

My impression, and it is only an educated guess, is that europeans tend to use a bidet INSTEAD of taking a shower.

So after “wash and rinse”...how do you dry? Your underpants?

When my parents were building a home in the late 1960’s, there were all sorts of ads and printed materials showing bathrooms with a toilet and a bidet. I didn’t see them as a european thing. I just assumed they were one of those things that would be everywhere eventually. I was a kid. I thought every “new” thing would eventually be everywhere.

But we shower pretty regularly in the US. No real need for those here.

(Why you omitted this fact is a mystery, as there is a field specifically for such.)

Also it seems she's a dyke:

I'm going to invest in an in-toilet unit bidet for myself and my partner.

Kimberly-Clark and Scott Paper at the nexus of an EEEEEEVIL conspiracy??

14 posted on 05/22/2013 10:01:32 AM PDT by SoFloFreeper
[ Post Reply | Private Reply | To 2 | View Replies]
To: NotYourAverageDhimmi; Revolting cat!; Slings and Arrows
not only does extra TP usage mean toilet clogging is more common

(i) gas station/ballpark restrooms where:

(A) someone has made a TP "cushion" 1,2, or 3 levels of toilet paper around the seat and pushed that into the toilet along with the bowel movement

(B) someone has deliberately clogged the toilet as a prank (and possibly even crowned the top).

(ii) "low flow" "efficient" toilets in one's home (as mandated by the government).efficient

(iii) small children/pets in the home

15 posted on 05/22/2013 10:05:59 AM PDT by a fool in paradise (America 2013 - STUCK ON STUPID)
[ Post Reply | Private Reply | To 1 | View Replies]
To: NotYourAverageDhimmi
Bidets are found throughout Europe, the Middle East and Asia (especially Japan) and pretty commonly in South America (basically everywhere besides the U.S., Canada and Australia), but I know exactly one person who has one, and he is originally from South Africa.

Coincidently, a lot of those places don't even have toilet seats, you squat over a stinking hole in the ground. Turd world here we come.

It says women can use them “after sex”. Wonder how many use the jet stream FOR sex instead of their shower head.

AL: These babies are made in Maine, you know, at the little Ferguson factory. It's the Stradivarius of toilets and my dad could play it like a violin.

AL: Yup, I'll never forget the time my dad took me on a trip to Maine, to visit the factory. On the way up, I had to go to the bathroom. I begged my dad to pull into a truck stop. He said no. "Wait till we get there. It will be worth it." It was.

BUD: Excuse me here, dad, but a toilet is a toilet.

AL: Bud, today's toilets aren't worthy of the name. They come in designer colors, they're too low, and when you flush 'em they make this little weak almost apologetic sound. Not a Ferguson. It only comes in white and when you flush it... "BaahWhooosh."

AL: That's a man's flush, Bud. A Ferguson says, "I'm a toilet. Sit down and give me your best shot." Oh, if a Ferguson could talk, the stories it could tell. And now I've got one of my very own. (TEARING UP) Yeah. If only my dad could have lived to see this moment.

18 posted on 05/22/2013 10:12:13 AM PDT by FlJoePa ("Success without honor is an unseasoned dish; it will satisfy your hunger, but it won't taste good")
[ Post Reply | Private Reply | To 4 | View Replies]
To: ClearCase_guy
Q: If people are not making the choice to purchase these things in our (somewhat) free market, maybe we should put a gun to their head and make them do so? Is that the new Progressive plan?

We are not talking about "better mousetraps". Each replacement has its own faults, headaches, and problems. The market is not permitted to dictate the solutions anymore. Liberalism is.

Just what I was thinking.