The GOP Base Is Done Tolerating RINO Collaboration With The Democrats
Townhall.com ^ | May 16, 2019 | Kurt Schlichter

The stupid Beltway GOP Establishment, but I repeat myself, is finally standing firm on something – unfortunately, what it is standing firm on is its failure to listen to its own base. The base is woke and the Establishment’s a joke. I speak to a lot of conservative groups of various types and flavors: hardcore tea partiers, patriotic vets, loyal radio listeners, besieged students, brass New Yorkers, even rich country club types who you would think were into Jeb! – you know, diversity. And lately, I’ve tended to start off my talks by posing this question:

“Okay, who here agrees with me that the left wants us enslaved or dead?”

Every hand goes up.

Every single one of them.

Folks, our base is hella woke.

And they love Trump, because Trump has delivered the oven-fresh, piping hot conservatism they ordered.

Now, these were not all Trump fans from the get-go. The vast majority were initially like me – extremely suspicious and leery of the outrageous Manhattan tycoon. But, as I described in the first chapter of book Militant Normals, I came around because Trump delivered – something the GOP Establishment never did. Trump came through with the most conservative agenda of anyone since Reagan – maybe more conservative than even St. Ronnie – and he won me over. And he won the base over. They love him.

The Establishment never does either.

So, we’re now two years into what we hope will be eight years of awesomeness. The GDP is exploding. We’re rebuilding our military yet avoiding more idiotic wars that the geniuses in DC thought were a great idea for us and our kids to get killed fighting with our hands tied behind our backs. We have scores of new judges and have rolled-back bushels of regulations. Unemployment – for every kind of American – is setting record lows not seen since Felonia Milhous von Pantsuit tried to rock a miniskirt. And the constitutional abomination that was the soft coup disguised as a scandal was finally blown out of the water by a gravely disappointed Robert Mueller.

It appears the situation might be resolved, but it never should have arisen. With the party unified and rising in the polls, and the fake RUSSIA! scandal finally behind us so we can move forward with the conservative agenda we were promised, what do the Fredocon jerks of the GOP Establishment do?

What they always do.

You probably don’t know Senator Richard Burr (R-Chamber of Commerce), because he’s utterly undistinguished in everything except his total commitment to doing the bidding of his corporate donor masters in service of reinforcing the Establishment’s grip on power. He allegedly represents North Carolina, but he is actually the Distinguished Gentlemen from Open Borders.

He’s chairman of the Senate Intelligence Committee – go ahead and insert your own oxymoron joke – and it was with him that Donald Trump, Jr., agreed to give 20+ hours of testimony about the whole bogus RUSSIA TREASON EMOLUMENTS TRAITOR COLLUSION lie on the condition that his testimony was once and done. In the end Mueller, who would have gleefully charged Don Jr. with anything he could have found or invented charged Don Jr. with nada. So, after Mueller reluctantly put a stake in the heart of this garbage scandal – because you know Mueller and his pack of Democrats was slobbering at the thought of a Trump scalp – what did Burr decide to do?

1.Celebrate the total exoneration of the President of the false charges made against him by Democrats and their lying mainstream media transcriptionists?

2.Decide to play along with the Democrats’ craven and malicious effort to keep the lie alive by subpoenaing Don Jr. to testify again about claims made by Federal Convict #86626, aka Michael Cohen, currently a resident of the old stoney lonesome for lying to Congress, as part of an attempt to frame the President’s son for perjury?

“Well, gosh,” you might think, “Only a Democrat-collaborating hack, or slack-jawed idiot, or both, would choose Option Two,” but then you remember we’re talking about an Establishment bot like Richard Burr.

Except our institutions are garbage.

There’s our lesson from the last two years. The ruling class that runs them ran the institutions not for our benefit but for its own, to preserve its own power and position. The institutions and those running them are entirely responsible for our legitimate contempt – they deserve no respect, no deference and no obedience.

That’s the feeling of the GOP base, DC insiders. You might consider interacting with some DC outsiders sometime because you don’t seem to get it. The base is furious. And now this North Carolina nitwit decides to side with the Democrats against the base just as we were all finally coming together? Does anyone think the base will just shrug it off?

This kind of nonsense is just part and parcel of what Never Trump is. See, though Burr is apparently not running again in four years, he’s laboring under the delusion that by then America will come to its senses and welcome him and his gooey ilk back into unchallenged power. He’s counting on some sort of Establishment payback down the road – a nice job on K Street, an appointment as the token GOP Secretary of Mediocrity for President Creepy Joe, or maybe some CNN hits along with Ana Navarro. He’s burnishing his credentials as one of the Republicans the ruling class can always count on to submit and obey.

He’s Mitt Romney without the dog tormenting. BTW, Mitt was last seen voting against a federal judge nominee because of True Conservatism™ or something.

Never Trump is just another flavor of narcissism, and Burr’s selfishness will shaft the rest of his Senate colleagues most of all in 2020. He doesn’t care – and he expects the Senate collegiality he is ignoring as he hurts his team will protect him from the blistering criticism he deserves from other Republicans. Pity poor Thom Tillis, North Carolina’s other senator. Most of us already suspect he’s squishy. Tillis has to run in 2020 and now Burr’s brought this Schiff-storm down on him. Burr’s behavior was bad enough that Tillis offered tweets in protest, which is a big deal among senators. When Tillis loses, he can thank his good buddy Burr the Blue Falcon.

Other senators better tighten-up and turn on the pressure. Martha McSally faces a tough run next year – where is she on this? John Cornyn? Better surf the zeitgeist, and the zeitgeist is all about fighting back. I give Mitch McConnell (who Hugh Hewitt accurately assesses as the best GOP Senate majority leader in a century) a pass, since he has to wrangle a Senate caucus composed of both sissy weak-hearts and sturdy heroes, and he needs to fight this fight his way even if we don’t fully appreciate his moves right now. But you know Cocaine Mitch must be livid at Burr; down the road, that tool will be saying “Hello” to Mitch’s little friend.

We’re woke to the Burrs too, and sooner or later we are going to purge them all.

TOPICS: Culture/Society; Editorial; US: Massachusetts; US: Michigan; US: North Carolina; US: Vermont
KEYWORDS: amash; impeachment; jussieamash; justinamash; justinhogwash; kurtschlichter; massachusetts; michigan; northcarolina; richardburr; rino; vermont Navigation: use the links below to view more comments.
first 1-20, 21-40, 41-50 next last
1 posted on 05/16/2019 3:56:21 AM PDT by Kaslin
[ Post Reply | Private Reply | View Replies]
To: All
These GOPe rats all have a similar facial expression. 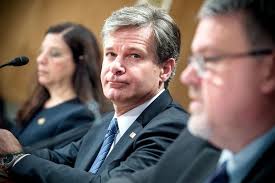 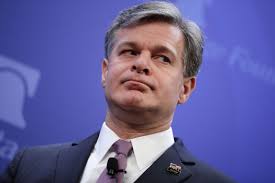 We’ve got the admin’s #1 Democrat, Kushner, getting ready to role out today a no-details-provided plan to do just that with immigration. We get of course only the “high level”, gauzy, few-specifics, RINO version before it gets put into “compromise with the Dems” hopper in Congress.

The only good RINO is a dead one! 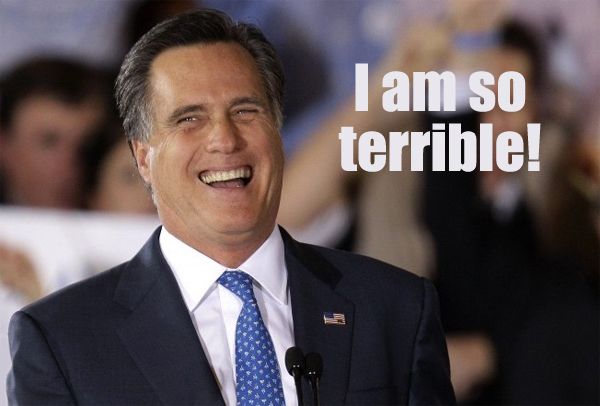 I agree with everything Schlichter says here, but what he doesn’t comment on is why the President and his legal team would be permitting Don Jr. to walk into this obvious ‘rat trap.

I was done with the Establishment a looong time ago.

Helms, he is not!

Agree almost completely with one caveat: does anybody actually beleive we can get out country back through the “political process” because from where I am it appears that just ain’t Gonna be possible. The cancer has just gone too far.

“I agree with everything Schlichter says here, but what he doesn’t comment on is why the President and his legal team would be permitting Don Jr. to walk into this obvious ‘rat trap.”

It’s not a trap. If anything, Junior can corroborate Graham’s assertions. The Democrats will of course use this time to disparage Junior and not ask any meaningful questions. The RINO’s will poke him a bit to show they are trying to be fair.

So very tired of the term “woke”. It’s better left to the stupid libs, who first coined it.

Burr should be RECALLED!

I hate the woke term too. In reality these commies are fast asleep in a Marxist dreamland.

>
Agree almost completely with one caveat: does anybody actually beleive we can get out country back through the “political process” because from where I am it appears that just ain’t Gonna be possible. The cancer has just gone too far.
>

Guess it would depend on the party. The current 2-part Uniparty cartel sure hasn’t work (yet, many on this thread will continue to pull the same ‘ol lever, election after election, expecting diff. results).

I do not. I have long said we are way past the threshold of needing 2A solutions but I suspect even that would fail at this point.

Mitch has been good on judges, but don’t expect his help with China. He and a lot others are compromised.

When I asses the larger picture including “everything” (economy, wars, debt, you name it) I don’t think it is possible any longer to continue to play silly games. It’s like a poker game, I suppose, early on you can play games with your cards and the chips. Toward the end when every chip is in the pot shit gets serious.

19 posted on 05/16/2019 4:58:59 AM PDT by wastoute (Government cannot redistribute wealth. Government can only redistribute poverty.)
[ Post Reply | Private Reply | To 15 | View Replies]
To: Oldexpat
I am the patron Saint of Mediocrity. Mediocrity is everywhere