Jessie is now mentally ill.
Jessie needs time to recoup.
Jessie will be fine.
Jessie must be free.

Agreed, I only hope in the name of equal justice that he gets some jail time and pays back the costs of the investigation.

I was thinking this morning that it is ironic the same lefty libs who were gullible and non-thinking enough to believe this Smollet obvious hoax also believe in the Global Warming/Man-made climate change hoax. And they back these lies with vitriol.

This is going to a jury trial. Watch as they load the jury with sympathoid women or sympathoid queers who believe that “Smollay” is a little “boy” who just wanted to live in a Utopian world where he gets paid a higher salary forever, where patriotic Americans and the rule of law ceases to exist. typical liberal fascist.

He got something new you see, it called “Black Privilege!”

My question is whether Smollett is hooked up with a network of race mongers who plan on pulling of these kind of fake hate crimes across America.That question must be answered , and soon. Maybe the Feds will find out.

If there is a network of many Smollett’s ready to do the same dirty, then we actually may have a chance of putting this little race monger behind bars. Otherwise he is not likely to see the inside of a prison. The Feds are on him big time and I hope they stay at it.

BTW the two Nigerian/American brothers were represented brilliantly by Ms. Schmitt, their attorney. She did an admirable job at saving their a$$es and putting the collar on Smollett

Why doesn’t it hurt the black community? With the “noose” he exploited that history far more.

The only gay man who has expressed an opinion on this hoax to me wasn’t buying it to start with but is also white and supports Trump. He can’t wrap his brain around the motivation.

That clown doesn’t know The First Rule of Holes. Or maybe he’s waiting desperately for someone to yell “cut!” Of course, with prison time, he’ll learn a whole new rule of holes.

The media in their infinite anti-wisdom (aka stupidity) has decided to make this an LGBT thing.

I already posted that info.

I sometimes have my own struggles in repentance, but as I read the scriptures it says in the last days men will not be able to repent.

He see quite a bit of that these days.

Right, it's OK to lie and waste the CPD's time and money?

Do millions of White male, MAGA hat wearers have standing for a defamation suit? This was an overt attempt to defame and discredit all of that class.

It's not my fault, my manager made me do it. 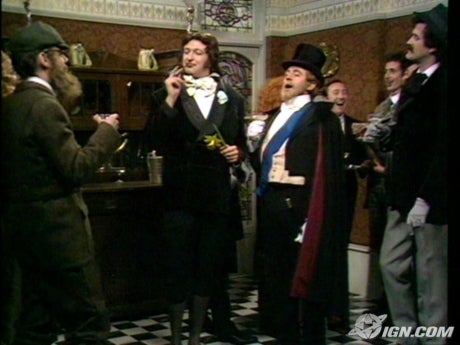 The only thing that would hurt him would be money. If he gets jail time...it’ll be something stupid like 30 days.

He’ll go broke fighting this unless maybe Blasey Ford send him some of her millions. Maybe Pelosi, Kamala and hundreds of others including almost all the media will pitch in for his defense? Maybe the Black Lives and LGBQRSTUV(...) will back his play so to speak?

This was all on behalf of the legislation of his friend, Kamala Harris....making lynching a hate crime and federal offense.

But the a** screwed it up royally. Air for brains.

Not that he did not do it, just that he will fight to get the best guilty plea he can for himself. This story was so obviously false than the gitgo that a seven year old would find it laughable. The media and politicians who had to be suspect jumped on it anyway promoting it as true figuring no one could disprove it and they could get away with playing their false storyline that there is a racist under every MAGA rock. They did not count on the stupidity of their “victim” sending hate mail to himself and hiring his buddies to stage the beatdown figuring it would simple be his word against everyone else’s.