Conservative heavyweights joined forces with establishment figures to form Our Principles PAC, a super-PAC focused on persuading Americans of why Donald Trump is a deadly threat to conservatism who should not be the Republican nominee.

TOPICS: Politics/Elections; US: Illinois; US: Nebraska; US: New York
KEYWORDS: 2016election; chicago; chicagocubs; election2016; illinois; luisgutierrez; marlenericketts; nebraska; newyork; ourprinciplespac; trump Navigation: use the links below to view more comments.
first 1-20, 21-26 next last
People are spending millions of dollars to weaken Donald Trump. It will not cause Trump to lose the nomination but it will make it more difficult to win the general election.
1 posted on 03/16/2016 4:39:53 AM PDT by detective
[ Post Reply | Private Reply | View Replies]
To: detective

And how's that working out? 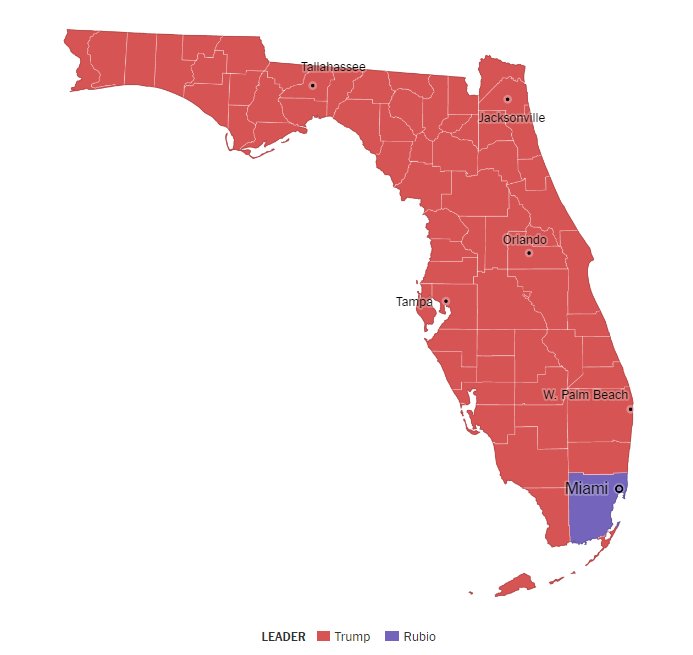 Not weakening Trump for the nomination, but weakening him for the general election....Absolutely perfect!!!

Trump will lose in November, but the GOPe is going to be absolutely DESTROYED!!!

Not a bad tradeoff it seems to me.

Vin Weber thanks them.

8 posted on 03/16/2016 4:48:00 AM PDT by sauropod (I am His and He is mine.)
[ Post Reply | Private Reply | To 1 | View Replies]
To: detective
The ranks of what is nominally ‘conservative’ includes a fairly diverse group of people, and just calling oneself that doesn't equate with having specific ‘principles’. When one is motivated foremost by keeping ones stature (i.e. the political establishment), the only principle you are exhibiting is self-interest. In this instance, IMHO, self-interest is worse than in many other circumstances, because self-interest in this context is leading to a concerted effort to disenfranchise American voters, thus denying them of their right to representative government. That's not principled, in any manner. Further, if there were no Trump in the race, and Cruz was sitting in the same position as Trump, they would be after Cruz in the same manner. We The People are becoming modern serfs to the oligarchy. Very depressing to realize how true this is.
9 posted on 03/16/2016 4:51:33 AM PDT by pieceofthepuzzle
[ Post Reply | Private Reply | To 1 | View Replies]
To: detective
People are spending millions of dollars to weaken Donald Trump.

Twenty million was spent against Trump in Florida, here is the result.

One of the most unhinged of Trump bashers has finally noticed that his stance is leading to ruin (not that he’ll point the finger back at himself, of course):

Agree, but I still am for Cruz—I HATE Kasich. I live in Ohio. I don’t agree with anti-trump campaigns. I don’t like anti-cruz campaigns. We need to settle down. We are going to need each other in a couple months.

Political correctness only works on those who cower to it. It is just like confronting a bully and Trump certainly knows how to handle it. For all the dire predictions I see is everyone of them always uses the same old histrionics. Nothing that Trump does is by any template and insomuch will do just as he has done with the GOPe to the DNCe because they don’t know any other way.

Besides, was not Reagan 25 points behind Carter at this same time in 1980? Take a chill pill and enjoy the ride.

“...to form Our Principles PAC, a super-PAC focused on thwarting the will of the voters and keeping the Beltway Gravy Train running smoothly.”

It would be refreshing to hear these establishment hacks admit their actual agenda.

“was not Reagan 25 points behind Carter at this same time in 1980? Take a chill pill and enjoy the ride.”

Reagan was over 30 points behind Carter in 1980 but won in a landslide.

I am enjoying this. I am also aware of what is going on.

Conservatism is dead in DC but alive in the hearts of millions of Americans. The RINO gasbag GOPee’s have fought 1000 times harder against Trump than they have against Obama—the leftist destroyer in choom.

Kasich is on board with bringing the Syrian rapefugees here.

The RINO gasbag GOPee’s have fought 1000 times harder against Trump than they have against Obama—the leftist destroyer in choom.

Not saying Trump is Reagan but he’s following the same playbook taking his case directly to the people and mostly bypassing the establishment. This infuriates them and it’s stunning to see how much it does.

Fraudulently documented foreigners will not be subject to our laws