A professor of Islamic Studies at University of Massachusetts–Dartmouth who once mentored Dzhokhar Tsarnaev via email, recently said in an interview that he hoped he didn’t influence the man to commit acts of terror.

Professor Brian Glyn Williams said that he had been communicating with the younger Tsarnaev via email in an attempt to inform him of the history of Chechnya and its fight against Russia.

Responding to Dzhokhar Tsarnaev’s potential role in the Boston Marathon terror attack, Williams told Steve Urbon of South Coast Today that he hoped his teachings did not negatively influence the aspiring jihadist.

“I hope I didn’t contribute to it. That kid and his brother identified with the Chechen struggle,” he said in an email.

In a separate article penned for The Huffington Post on April 20, Williams also commented on the “secularized” nature of the Chechens he has met, even saying they seek to emulate to George Washington “freeing the 13 colonies.”

“First of all, the Chechens I have met, including the members of the small tight knit community here in Boston, tend to be a rather Sovietized, secularized, moderate Muslims,” Williams states in the second paragraph of his column.

“The ones I know tend to emulate George Washington for freeing the 13 colonies from British oppression. The Chechens dream of the same thing for themselves from their historic nemesis, imperial Russia/Soviet Union/the post-Soviet Russian Federation.”

While Williams does qualify his remarks to include only the Chechens he “knows” and can’t be criticized based on his own personal experience, the comment is still curious in the larger context given Chechnya’s long history of terrorism and human rights abuses. His remarks also assert that Chechnya’s struggle against Russia is solely nationalistic, rather than being based (at least in part) on goals of establishing a unified Islamic theocracy, which rebel fighters have admitted to seeking.

To be fair, Williams does seem to note some Chechen abuses.

Still, he adds “While it is mere speculation at this point, it can be hypothesized that this tragic history of victimhood at the hands of Christian/Soviet Russia and the terrorist response may have inspired Dzhokhar Tsarnaev and his brother.”

According to Urbon, the connection between Williams and the younger Tsarnaev was made two years ago when English teacher Steve Matteo at Cambridge Ridge and Latin High School put the two in touch, perhaps thinking that since Williams is an expert on Chechnya, the two would find much in common.

Williams, who taught classes on the War on Terror, “obliged by exchanging emails with the then-17-year-old student,” Urbon wrote.

There, Dzhokhar learned about accounts of “mass killings, death camps, mass graves, torture, destruction,” perpetrated by the Russians on the Chechen people.

While Williams and Dzhokhar only communicated via email and never met physically, the professor recalled his student clearly. He noted that he sent the young Chechen-American links to academic papers and books to read.

“He wanted to learn more about Chechnya, who the fighters were, who the commanders were. I sort of gave him background.”

Williams went on to tell Urbon that he believed Tamerlan Tsarnaev became radicalized following his trip to Russia and that Dzhokhar may simply have been following his older brother’s example.

TheBlaze will outline the radical Wahhabist influence in Chechnya in an in-depth article to be published Wednesday.

Tip of the iceberg.

When they say, “I hope I didn’t influence them..” It means: Jesus did I screw up.

This is just ‘self-serving’ testimony without interrogation or an oath.

I’ve never known a good Chechnyan, let alone one who has any of George Washington’s attributes of character. He should change his name to Professor Dufus!

“Gosh that would be just awful” he said...

They repeatedly expressed approval of terrorism in the abstract to their American friends —no one considered it especially noteworthy.

That’s cuz in the academic environment of Boston sometimes it ambivalence about violence that is specifically anti-American stands as a mark of sophistication.

(Yeah, I know, it was Stalin, but it was a condition of the aid, and Stalin just hid the redirection to his battles in Chechnya...)

If those two scumbag brothers wanted to “free” their coreligionists, why didn’t they move back to Chechnya and fight? Because they were p*ssies. They knew the Russians would roast them over a spit like the pigs they were. This professor is a tool. Ho Chi Minh also talked fondly of the American Revolution, all the while knowing NOTHING about liberty. It takes a leftist to believe such crap.

Since he’s so concerned about their plight, air drop his monkey *ss right in the middle of it. He’ll see how they love him.

15 posted on 05/27/2013 5:50:55 PM PDT by kenavi ("Beware of rulers, for they befriend only for their own benefit." Gamliel)
[ Post Reply | Private Reply | To 10 | View Replies]
To: robowombat
The injured innocent and the deceaseds' families
should SUE the instructor and UofMass
who admittedly fostered, and helped, the terrorists.

HOW MANY MORE MUST DIE? 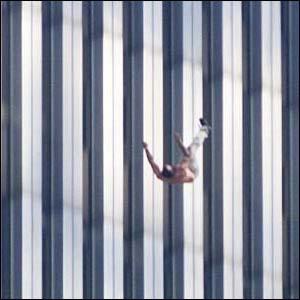 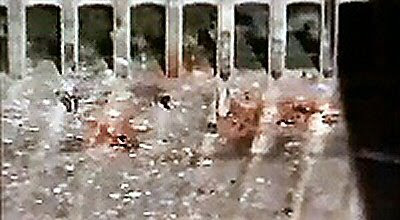 16 posted on 05/27/2013 7:06:59 PM PDT by Diogenesis
[ Post Reply | Private Reply | To 1 | View Replies]
To: robowombat
The injured innocent and the deceaseds' families
should SUE the instructor and UofMass
who admittedly fostered, and helped, the terrorists.

HOW MANY MORE MUST DIE?

Of COURSE you did, butthead - in standard leftist logic, you are directly responsible for what happened.

What connection, if any, are we currently aware of between Prof. B. G. Williams and B. Hussein, E. Holder, or former Weatherman gangsters?