Attacks on the Affordable Care Act have stepped up over the last week or so. You'd think that the healthcare reform known as Obamacare is leading to the wholesale loss of affordable insurance by huge sectors of the American public, many of whom will be impoverished by being forced into low-quality health plans at exorbitant prices.

You'd think the entire reform is on "life support," as the usually judicious National Journal put it today, speculating that Democrats may soon start calling for its repeal.

Don't buy the hype. The numbers tell an entirely different story. What they also demonstrate is that the myth of Obamacare's "failure" is a product of the same Republican noise machine that has been working to undermine this crucial reform since Day One. It's assisted by news reporting about canceled health policies that typically ranges from woefully misinformed to spectacularly ignorant, and even at its best is incomplete.

Indeed, the spectacle of Democrats panicking over bad news on Obamacare resembles the herds of giraffes one sees on the Serengeti being stampeded by swarms of tsetse flies. Here's a lesson the giraffes could teach the Dems: Stampeding leads only to injuries and death, and doesn't solve the tsetse fly problem.

It's true that there are several ways that Obamacare can be improved. We'll explain some of them in an upcoming post.

This idiot apparently has never had conversations with people who have actually lost the health coverage they wanted and liked.

What the author doesn’t seem to realize is that angry people are more motivated to protest that content people. Even if the author is correct (and I doubt it), the angry people who are losing their healthcare will be more militant and will make sure they take out their anger on the politicians. Those who are now covered under Medicaid will do nothing.

ssssssssatan lying through one of his useful idiots.

Funny how a paragraph in it asks “What was Orwell’s greatest essay?” 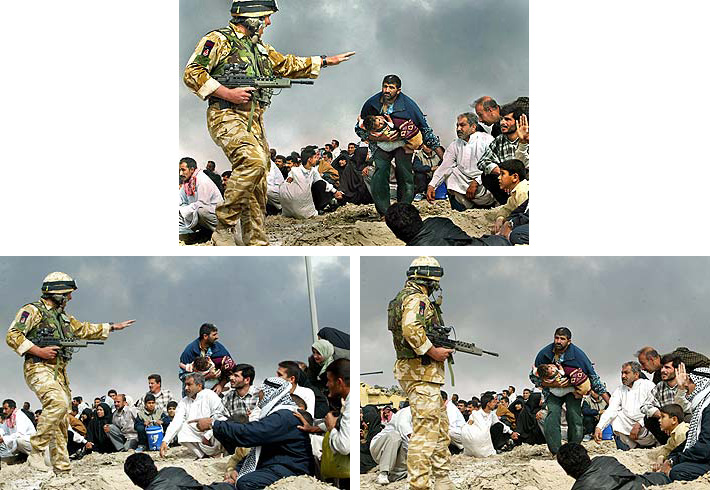 Let’s buy this man a whistle and google map his way past a graveyard.

Mathew from Pennsylvania wrote to me and asked is there no longer truth in advertising?

lots if maybe, i think, and ‘if’ in that article. shameless.

Ah, yes, the LA Times is dragging out the “myth” meme to explain yet another failure of so-called Progressiveism, you know, the old “What’s happening isn’t actually happening”, otherwise known as “Who you gonna believe? Me or your lying eyes”? And the amazing thing is the LA Times did this all by themselves BEFORE the New York Times or Jay Carney told everyone to declare the Obamacare failure to be a “myth”.

This does bring to mind a similar situation in a galaxy far, far away though:

Stormtrooper: Let me see your identification.

Obi-Wan: [with a small wave of his hand] You don’t need to see his identification.

Stormtrooper: We don’t need to see his identification.

Obi-Wan: These aren’t the droids you’re looking for.

Stormtrooper: These aren’t the droids we’re looking for.

Obi-Wan: He can go about his business.

Stormtrooper: You can go about your business.

Stormtrooper: Move along... move along.

16 posted on 11/19/2013 9:21:10 AM PST by DAC21
[ Post Reply | Private Reply | To 14 | View Replies]
To: Beave Meister
For virtually all of them, Obamacare is an unalloyed blessing. The Congressional Budget Office estimates that about 81% of all individual policy-holders will be eligible for income-based insurance subsidies

Ah...no mention of the higher deductibles and out of pocket expenses.

This article is junk.

Why, I never heard of such a thing. (rolleyes)

I would like to see Obama burn 20 kittens on the lawn of the WhiteHouse in front of cameras, then read this ‘journalists’ take on it.

“Our beloved King Messiah Obama takes time out from getting sick people the medical care they need, despite lying obstructing Republicans who hate him because he’s black, to keep kittens warm.”

I invite the clueless ‘reporter’ (i.e., shill, propagandist, ideologue, etc.) to actually try and find
someone that HAS a medical insurance card that PROVES he/she is covered under Obamacare.