A tiny, furry-tailed creature is the most complete picture yet as to what the ancestor of mice, elephants, lions, tigers, bears, whales, bats and humans once looked like, researchers say.

These new findings also suggest this forerunner of most mammals appeared shortly after the catastrophe that ended the age of dinosaurs, scientists added. I IMAGINE THIS story being told to me by Jorge Luis Borges one evening in a Buenos Aires cafe.

His voice dry and infinitely ironic, the aging, nearly blind literary master observes that "the Ulysses," mistakenly attributed to the Irishman James Joyce, is in fact derived from "the Quixote."

I raise my eyebrows.

Borges pauses to sip discreetly at the bitter coffee our waiter has placed in front of him, guiding his hands to the saucer.

"The details of the remarkable series of events in question may be found at the University of Leiden," he says. "They were conveyed to me by the Freemason Alejandro Ferri in Montevideo."

Borges wipes his thin lips with a linen handkerchief that he has withdrawn from his breast pocket.

"As you know," he continues, "the original handwritten text of the Quixote was given to an order of French Cistercians in the autumn of 1576."

I hold up my hand to signify to our waiter that no further service is needed.

"Curiously enough, for none of the brothers could read Spanish, the Order was charged by the Papal Nuncio, Hoyo dos Monterrey (a man of great refinement and implacable will), with the responsibility for copying the Quixote, the printing press having then gained no currency in the wilderness of what is now known as the department of Auvergne. Unable to speak or read Spanish, a language they not unreasonably detested, the brothers copied the Quixote over and over again, re-creating the text but, of course, compromising it as well, and so inadvertently discovering the true nature of authorship. Thus they created Fernando Lor's Los Hombres d'Estado in 1585 by means of a singular series of copying errors, and then in 1654 Juan Luis Samorza's remarkable epistolary novel Por Favor by the same means, and then in 1685, the errors having accumulated sufficiently to change Spanish into French, Moliere's Le Bourgeois Gentilhomme, their copying continuous and indefatigable, the work handed down from generation to generation as a sacred but secret trust, so that in time the brothers of the monastery, known only to members of the Bourbon house and, rumor has it, the Englishman and psychic Conan Doyle, copied into creation Stendhal's The Red and the Black and Flaubert's Madame Bovary, and then as a result of a particularly significant series of errors, in which French changed into Russian, Tolstoy's The Death of Ivan Ilyich and Anna Karenina. Late in the last decade of the 19th century there suddenly emerged, in English, Oscar Wilde's The Importance of Being Earnest, and then the brothers, their numbers reduced by an infectious disease of mysterious origin, finally copied the Ulysses into creation in 1902, the manuscript lying neglected for almost thirteen years and then mysteriously making its way to Paris in 1915, just months before the British attack on the Somme, a circumstance whose significance remains to be determined."

I sit there, amazed at what Borges has recounted. "Is it your understanding, then," I ask, "that every novel in the West was created in this way?"

"Of course," replies Borges imperturbably. Then he adds: "Although every novel is derived directly from another novel, there is really only one novel, the Quixote."
- David Berlinski
2 posted on 02/07/2013 1:05:03 PM PST by Heartlander (Scientists animated by the purpose of proving that they are purposeless are interesting to study)
[ Post Reply | Private Reply | To 1 | View Replies]
To: EveningStar
The world having been just recently totally destroyed, FirstfreeperX turned to a regular diet of roaches and the even rarer flax seed beetle, and the keel was laid for the future of the internet!

Basement life can be good. 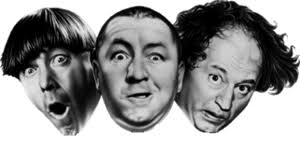 Feasible and possible. Interesting, but make-believe.

And if anyone thinks the above comment is harsh or ignorant, they admit it. From the article:

“The study was so thorough that the team, made up of 23 scientists from around the world, was able to speculate on the appearance of this hypothetical ancestor inside and out, from its brain and inner ear bones to its ovaries and even what its sperm may have looked like” 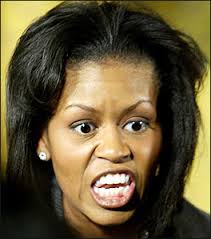 Well, put a bathrobe on it and give it some dirty bunny slippers: could be my ex wife!

So they propose that the first placental mammal looked a lot like one of the only remaining marsupials outside of Australia.

That may be your relative, I am descended from created humans, none of my relatives ever had a tail.

I guess so. I left this little part out of the quote I posted:

This supports my theory that domestic cats will one day be our overlords (for some they already are).

Space aliens may not have tails off course.

After reading some of the subsequent postings I can only add; See what you get for posting this.

You’ve saved my life. I had an erection lasting more than four hours and one look at that picture solved the problem.

“Grandma, what big teeth you have!”

The mummified remains of our common "mum" (sorry) was recently dug up in a parking lot in DC.