1) What happened to the AP photos of the feds' thuggery inside the house? Does the AP ordinarily suppress its own photos?

2) Do you believe as I do that it's Elian who got W elected? The Cubans had been voting less Republican in recent years - but that stopped in 2000, when they turned out big for Bush, and helped him win Florida by a whisker. 3) Do you believe with Tom DeLay that Elian had the hand of God on him, from the moment the dolphins came to his aid in the sea - - - - and perhaps up to this very point in time? 4) Do you believe Reno, Clinton and the media will ever be held to account for getting Elian keelhauled back to Castro? 5) Why didn't Elian's defenders place him, at least while the heat was on, with a gay couple in Miami? The media and Clinton would have immediately dropped their insistence that he be shipped back to Castro.

I will NEVER forget waking up and seeing the images of Elian's abduction. I still remember the ice-cold feeling of dread and anger.

An NBC cameraman said federal gunmen kicked him in the stomach, hit his sound man with a rifle butt and yelled, "Don't move or we'll shoot."

I'm still amazed that the press didn't make a bigger deal of this incident. That just goes to show how biased they are--can't speak out against Clinton--noooooooo, can't have that!

They do not ordinarily suppress photos...but they only leave them online for awhile.

If you see one that you want to keep...make sure to save it.

8 posted on 03/29/2002 11:46:56 AM PST by ResistorSister
[ Post Reply | Private Reply | To 1 | View Replies]
To: BornOnTheFourth
I will NEVER forget waking up and seeing the images of Elian's abduction. I still remember the ice-cold feeling of dread and anger.

These were my feelings exactly. Ruined Easter for me - and a number of days after.

Amen! Election 2000 was God's revenge against Clinton/Gore - probably on behalf of little Elian! May God keep him safe until one day he can life in Freedom!

11 posted on 03/29/2002 11:49:35 AM PST by Freedom'sWorthIt
[ Post Reply | Private Reply | To 6 | View Replies]
To: laureldrive
19 March 2002
On the eve of the two-year anniversary of Elian's seizure at gunpoint by INS
thugs who ought to have been arresting Islamic terrorists, the Washington
Post published this pathetic follow-up, which, despite the reporter's
fundamental, blind acceptance of Elian's return to tyranny, is worth
reading:
http://www.washingtonpost.com/wp-dyn/articles/A60888-2002Mar8.html
[those inclined should write to letters@washpost.com and
ombudsman@washpost.com]
19 March 2002
To: Eugene Robinson, Assistant Managing Editor, Washington Post
From: Scott Holleran
Subject: Looking for Eilan
cc: Letters
Dear Mr. Robinson:
I read your story, Looking for Elian, with interest; the headline caught
my eye since not one reporter has laid his eyes on an unaccompanied Elian
since he was seized by the INS in a pre-dawn military raid two years ago.
From the beginning, I knew that finding Elian was unlikely, because he
lives in a communist dictatorship where there's no such thing as freedom of
the press, which is why those of us who think communism constitutes child
abuse opposed sending him back to that hell you described.
I found your story well-written and often involving -- until the end,
when you write: "The Cuban government has kept journalists away from [Elian
and his Cuba family], and the truth is that this is a good thing."
Good --- for whom? For Elian Gonzalez, who is shut off from freedom? For
the press, which is shut off from reporting? Perhaps you mean it's good for
the communist regime, which must repress dissent in order to survive.
Any reporter who regards being completely cut off from the media and
from any independent evaluation as good for any human being, especially a
child, should never should be sent to Cuba, let alone be assigned a story
about a child's life in Cuba.
Your viewpoint makes the whole premise of looking for Elian a lie -- why
bother looking for one who, according to you, will be harmed by your
reporting?
Knowing the history of the Soviet Union and China and that you're in the
grip of Castro, did it really never dawn on you that Elian might be shut off
from the free world because Cuba's totalitarian regime doesn't want you to
know how he lives? Are you seriously willing to take the word of a
second-rate bureaucrat mouthing Havana's dictates as the final arbiter on
the fate of a child whose life you are assigned to chronicle? Is that all it
takes to shoo the Washington Post away from following up on the biggest
story of 2000 --- a few words from a heel-clicking communist?
If so, the Post applies a higher standard to terrorists at Guantanomo
Bay than to a child whose mother died to bring him to America. What a
twisted hierarchy of values.
You refer without attribution to "a constant stream" of reporters from
whom Elian presumably must be protected, as if a reporter is more dangerous
than that thug who sure made an impression on *you*, a grown man. And that
thug is a daily presence in Elian's life, not a passing moment of danger in
an assistant managing editor's notes.
Journalism is the relentless pursuit of truth; you ostensibly went to
find Elian Gonzalez and, being told by threat of force that you are not
welcome, you abandoned that journey and blindly accepted the ideas of those
who refused you.
Looking for Elian? You weren't looking for Elian. The article is written
as if you were looking for vindication of a nation that, in one of its
darkest moments, forcibly returned a child refugee from communism *to*
communism.
If you were looking for such vindication--or at least moral
neutrality--you sure came away empty-handed. When the INS should have been
arresting Islamic terrorists, they were forcing a child at gunpoint to live
in tyranny. Now even the mighty Washington Post can't get a lousy photograph
to prove he exists, let alone report how he lives.
This nation ought to be ashamed of turning its back on that child -- and
on our founding principle of inalienable individual rights -- and your
half-hearted, failed attempt to find him demonstrates why.
Sincerely,
Scott Holleran
--
SCOTT HOLLERAN
sholleran@earthlink.net
© Copyright 2001, 2002 Scott Holleran
All rights reserved.
12 posted on 03/29/2002 11:49:53 AM PST by AnnaZ
[ Post Reply | Private Reply | To 1 | View Replies]
To: laureldrive
After completing the www.frontsight.com defensive handgun class, I learned that the LE and military is trained to keep your finger OFF the trigger.


I guess "Shake and Bake" didn't take that class.

13 posted on 03/29/2002 11:50:23 AM PST by Zathras
[ Post Reply | Private Reply | To 1 | View Replies]
To: laureldrive
I was so furious that I called the Janet Reno's office. When they answered "Attorney General's Office." I asked them if it was the Attorney General's office of the United States because what I saw on TV certainly couldn't happen in the US! Her response: "I'm just the receptionist." 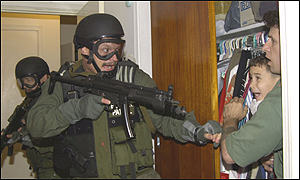 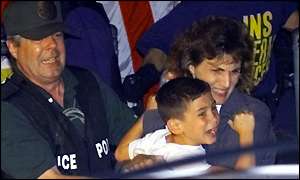 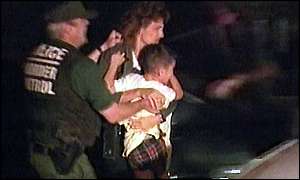 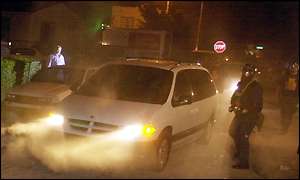 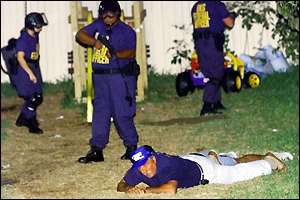 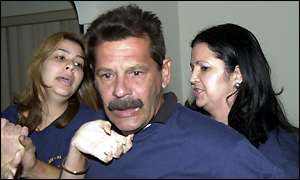 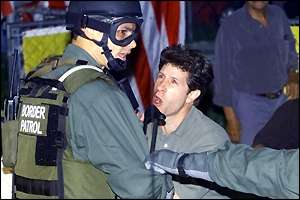 To: BornOnTheFourth
Cuban-Americans seem to be the Hispanics whom its permitte to belittle and oppress (at least if they're not pro-Castro Cubans).
17 posted on 03/29/2002 11:56:48 AM PST by laureldrive
[ Post Reply | Private Reply | To 14 | View Replies]
To: laureldrive

"i told al to dump the kid"
18 posted on 03/29/2002 11:57:33 AM PST by green team 1999
[ Post Reply | Private Reply | To 1 | View Replies]
To: ResistorSister
Why didn't Elian's defenders place him with a GAY COUPLE in Miami? The media and Clinton would have immediately dropped their insistence that he be shipped back to Castro.

This one deserves a bump, if I say so myself.