The Democratic Party is ignoring 21 million Democrats – not to mention a majority of Americans – by championing one particular issue: abortion.

According to pro-life leaders, the party’s support of the “greatest human-rights abuse of our time” alienates their own contituents. On August 18, Democrats for Life of America (DFLA) hosted the National Pro-Life Democratic Caucus in Milwaukee, Wisconsin, during the Democratic National Convention (DNC). Pro-life leaders and Democratic politicians, from former Illinois Congressman Dan Lipinski to Louisiana State Senator Katrina Jackson, spoke at the event. Americans wouldn’t know about it from major media outlets, however.

According to their own search bars, outlets including ABC, CBS, and NBC didn’t mention DFLA in their online DNC coverage.

DFLA board director Terrisa Bukovinac opened the event that called on Democratic leaders to “abandon their abortion extremism.”

While the “majority of Democrats want to see abortion regulated, restricted, and taxpayer funding free,” she said, “our party has gone in the complete opposite direction.”

This year was different than years past, she highlighted, because it was the “first year that the pro-life caucus has not been officially recognized” by the DNC.

As the executive director of DFLA, Kristen Day added that the DNC’s decision dismissed the 21 million pro-life Democrats in the United States.

“Joe Biden doesn’t think he needs your vote,” Day said of the Democratic presidential nominee. And, furthermore, “he thinks advocating for taxpayer funding of abortion is a winning issue.”

As it stands now, the platform insists on “access to high-quality reproductive health care services,” including “safe and legal abortion.”

To accomplish this, the platform promises, among other things, to repeal the Title X domestic gag rule and restore federal funding for abortion provider Planned Parenthood. It also aims to codify the “right to reproductive freedom” and repeal the Hyde Amendment, which bars federal Medicaid funding from going towards abortion.

There was still hope, according to former Illinois congressman Dan Lipinski, who spoke to attendees remotely from Washington, D.C.

Referring to his loss in Congress earlier this year, he said, “I’m hoping that this doesn’t deflate Democrats for Life but really brings forth a new energy.”

“There are so many people who through my years in Congress, in my district, would come up to me and tell me, ‘I used to be a Democrat, but I can’t because of the life issue,’” he remembered.

The party platform and “abortion extremism,” he said, is “out of step with Democrats.”

The Hyde Amendment is supported by Democrats, he said, and the 20-week abortion ban, is “supported by a majority in 389 out of 435 congressional districts.” A Knights of Coloumbus Marist poll released earlier this year found that 60% of Americans oppose using tax dollars for abortion, including 35% of Democrats.

Likewise, Louisiana state senator Katrina Jackson called it “paramount” that “this party include us in the party platform.”

“This is the thing, Democratic party,” she said. “Constituents are not cookie cutter. We’re not all going to ever get to the table and believe the same thing. But what we are saying, what you do know, is that there is a large amount of Democrats who are pro-life.”

“It’s already problematic that we are literally just ignored,” she said. She pointed to Lipinski as a “great loss to Congress.”

“Am I to be excluded?” she asked at one point. “Because I believe black lives matter in the womb?”

According to Americans United for Life President and CEO Catherine Glenn Foster, abortion is an issue that Americans “already agree on a lot.” She pointed to Gallup, which found that a majority of Americans “believe that abortion should be legal in no or very limited circumstances.”

According to a survey by her organization, in partnership with YouGov, a majority also “oppose those late-term abortions,” with nearly 80% of Americans rejecting third-trimester abortion.

To support her claims, she pointed to a recent study by the University of Notre Dame that found, among other things, that “ordinary Americans do not see abortion as a desirable good.” Still, she said, the “Democratic party platform calls for worldwide elective abortion on demand, federally funded.”

“Every Republican, Democrat, Independent, can and should join this mission in ending the greatest human-rights abuse of our time,” she stressed.

While the media might not cover it, the Democratic Party is pushing away pro-life constituents – millions of potential voters.

The Democrats support Planned Parent organization. This organization during a legal deposition admitted that they take babies that are born alive and dismember them for their body parts. That’s what I read but I find it really hard to wrap my head around that. Perhaps I miss interpreted what I read. If true, that is really despicable and morally beyond the pale. God is watching!

Last night’s convention was a victory for God.
His name was mentioned with joyful reckless abandoned.

3 posted on 08/27/2020 5:13:06 AM PDT by Ouchthatonehurt
[ Post Reply | Private Reply | To 1 | View Replies]
To: V V Camp Enari 67-68
It is worse than that. They admitted under oath in court that they deliberately perform partial-birth abortions so that while the baby is halfway out of the mother they then dissect the baby.

4 posted on 08/27/2020 5:22:06 AM PDT by wildcard_redneck ("Those who would give up essential Liberty, to purchase a little temporary Safety, deserve neither.")
[ Post Reply | Private Reply | To 2 | View Replies]
To: V V Camp Enari 67-68
It is worse than that. They admitted under oath in court that they deliberately perform partial-birth abortions so that while the baby is halfway out of the mother they then dissect the baby.

5 posted on 08/27/2020 5:23:07 AM PDT by wildcard_redneck ("Those who would give up essential Liberty, to purchase a little temporary Safety, deserve neither.")
[ Post Reply | Private Reply | To 2 | View Replies]
To: Kaslin
Ignore them now. Destroy them later. Hoooo! Hooooo! Hooo! Hoooo! 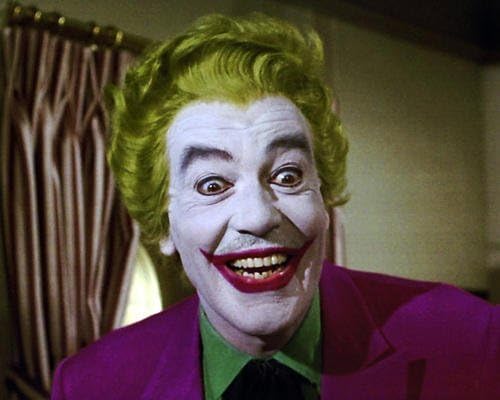