Full Measure with Sharyl Attkisson 1. An American whistleblower is treated as a villain. 2. The arming of the federal government: Why does the EPA need a SWAT Team? 3. A veteran helps sets the record straight.

Trump on ALL but Fox; no Cruz.

I exhort therefore, that, first of all, supplications, prayers, intercessions, and giving of thanks, be made for all men; For kings, and for all that are in authority; that we may lead a quiet and peaceable life in all godliness and honesty. 1 Timothy 2:1-2 KJV

Just when you think the Establishmedia cannot get any lower they grab a backhoe and start moving more dirt. After the debate fiasco when they were called out for their hatred of Repubs at a Republican debate they decide it is time to attempt another black Conservative lynching.

Just like in the day when blacks were lynched for registering and voting as Repubs since the Dems would not allow them to register or vote. Some habits are hard to break and for a racist Marxist who thinks the only good black is living on food stamps on the Democrat plantation, the idea of a black who pulled himself out by hard work and education needs to be silenced. The last thing the Marxists in the DNC complex is going to allow is a black explaining the evils of abortion so they put on the old White Sheets and Hoods to lynch Doctor Carson.

As a fundamentalist Christian Dr Carson is someone all Christians can relate to. We may not be excited about all of his policies, but his stands against the atheist tide with his declaration of abortion as an abomination, evolution is a religion, non belief in Global Warming and not wanting a Mooselip as President makes him an enemy of the left. They cannot make one of the top brain surgeons in the world as a dummy so they have to destroy his character. This is Democrat politics 101 in their one page playbook destroy the messenger especially if he is black.

His first crime against the secular humanists was to claim unapologetically that he was a fundamentalist Christian. He proudly stated he was a born again Christian who had his life turned around at a young age and then gave some of his free thinking opinions that sent them into a frenzy. His stand against evolution is especially damaging since he cannot be portrayed as anti-science because he knows more about science and the miracle of life than 99.99999% of the country and all of the media.

Evolution of course is the foundation of secular humanism. The elimination of God from society is one of the most important tenets in the cult of liberalism. If there is no God then man is the top of the food chain which means the only thing greater than man is a group of men or them. We are all subject of this Godless structure and like Russia where all blessings flow.

Once PravdABDNC realized he like Trump was not going to be destroyed by their usual feigned outrage over abortion and Islamophobia they realized they had a problem so they began the background colonoscopy. First he made a comment about the pyramids being used for storage which is a fairly common theory that has been around for centuries since nobody really knows why they were built or how, but their real problem is people trust him.

So they went after the trust factor and they found some obscure story about his being recruited by the West Point although they were claiming he lied about being accepted. This is not what he claimed, he claimed he was in the ROTC and was one of the top students in Detroit which all was true. He said General Westmoreland who was the top General at the time said he should apply which was about as automatic as it comes. He was later admitted to Yale which is even harder to get in, but the corrupt media was only interested in lynching another black and ignored all that to promote their agenda.

Once again the agenda is exposed by the new media on the internet. It only took a matter of hours before the Soros based propaganda organ was exposed. It had barely been reported on Politico before ABDNCBS had run it through the echo chamber getting ready for the rope and NYTree. That is when Rush Limbaugh and the Conservative Blogosphere began running interference and exposed the lies. The truth began circulating on Drudge and throughout the internet so within hours the lies had been destroyed and the media claimed another rope burn which Dr Carson will get a bump from as the victim.

The dirty little secret is that the DNC and their buddies in the media are in absolute panic mode. After another rout election as well as seeing that the polls are weighted around 15% towards the Dems they can smell another tsunami rolling their way. They know they have the worst nominee in the histoir of the Party with horrible likability numbers and even worse trust. They are going to run the Iditarod on very dangerous ice. What possible commercial can she run that will change anyone’s mind?

So within a matter of hours we watched an attempted lynching of one of the finest brain surgeons America for the crime of being black. We witnessed who the real racists are and where they exist and why. They believe it is a crime in this country to be black and to drink from the wrong fountain. If you do drink at the wrong fountain then you are fair game for destruction.

This is what happens when your religion is based on man’s laws and everything becomes relative. You could ax everyone in the media mob if they were doing the right thing and they would tell you the ends justified his lynching to eliminate his voice. We just watched what happens when a black tries to drink from the wrong fountain. We now know who the real racists in America are so if the Sheet fits, wear it.

Note: The above opinion is not necessarily my own, but FReeper Brayâ€™s. If you wish to discuss this, please ping Bray.

It looks like the media is already conceding defeat on the Carson ‘lies’. If they were circling the waters for blood, he would be on all the shows. Instead, it looks like only See BS is the only one attempting to bite. 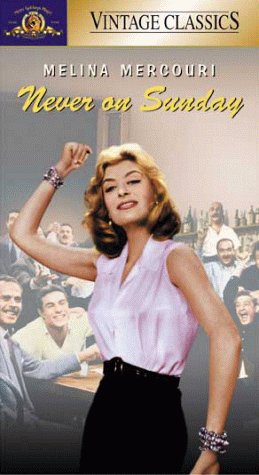 â€¦.had my court case this past Fridayâ€¦.Lord what a story. This stuff only happens to me.

Will tell story later but in summary the hearing is postponed until November 20th because I didn’t give the Plaintiff my defense documents.

For now, will be singing at the 10 am mass, our church is getting a new organ and I got a little secret but I must whisperâ€¦..but firstâ€¦

Thank you AB for doing this thread every week, thank you yon commenters for fleshing out the talking points, thank you Bray for your dependable and truthful essay.

So I whisper this and y’all are going to think I’m nutsâ€¦.but I think Father Tom Flowers reads this thread.

He’s in Portugal this week so maybe he won’t see this but if he does I wave Hi to him.

Last week I narrated the story of the pit bull wife of the ponytail guy (and Father Tom DOES know who I write about) who spit in my face on the day of the new flag pole dedication, about my reference to “her” Pastor as a Tea Party priestâ€¦.goodness you’d think I’d called him Adolf Hitler or something. And my friend Diane Feinstein was a witness to it all and she thinks this anecdote is funny.

So I resigned from the Finance council because I am attending, on the same night , a “class” sponsored by the National Alliance for Mental Illness (NAMI). I sent Father Tom an email informing of same.

He responded with a really, really nice email, all kinds of information and here’s the rub. A whole bunch in his email response covered topics that I only discussed on THIS thread.

For exampleâ€¦.the Tea Party Priest storyâ€¦I never told Father Tom that story. But I did this story on this thread. So as he ends this very nice email to me, he signs itâ€¦.as guess what?

And not only that, he gave me a thorough update on his “silent heart attack”, something I moaned about last week on this thread.

This and a couple of other things he “talked” about in his email were things I’d discussed in a post on this thread.

So I guess I got to watch what I sayâ€¦..remove all “Thorn Bird” references from your mind.

Anywayâ€¦.the court case laterâ€¦.Lord I can’t make this stuff up.

For now, my hero this week is Ben Carson. I loved seeing Ben Carson mad and how he threw it back at the media as to why they didn’t ask Obama all those probing questions.

Looking forward to the commentaryâ€¦.carry on.

I loved the way that Carson challenged the pompous little mediot on why Hussein was never vetted by his illustrious comrades. The Lord knows that it is time for our side to grow some brass accessories.

His treatment is typical by the drivebys, but I love the push-back and proving them idiots.

What infuriates me the most is how they would NEVER do such a thing to one of their own. I mean it's not like Hillary has been caught in lie after lie after lie. And not just about emails.

Remember her running from snipers in Bosnia? Cattle futures? Misplaced subpoenaed records in the closet with the winter jackets, for instance, and to name just a few?

For God's sake, they fired Brian Williams for similar behavior!

Trump on everywhere but Fox. Is he boycotting?

Ted Cruz is (surprisingly /s) ignored. They don’t want him to win...and the GOPe is helping the media, too.

everything you said was correct at well.

A black conservative who is brilliant, is against most leftist ideology. Nt promoting welfare, free this, free that and the rest is the lefts' worst nightmare.

The only thing that could get any worse for them is if we had a ticket say a Hispanic and a black. Say Cruz/Carson against Hillary/no one in particular. They would lose again and again. And they know it. So its time to bring the drivebys out, create lies, and spread them everywhere. That's what we are seeing.

My gators are still in the mix.

I thought you were a Bama boy.

Is it possible he’s asked and turns them down? MSM would never admit it. His grassroots method is working so maybe news shows interfere with it.

I work for Auburn University.

I am an Alabamian.

I'm glad to see both win--except when they play each other! Roll Tide all year long, and War Eagle on paydays.

Christie and Paul are barely in the race. Some contenders we would like to hear from are glaringly absent—AGAIN.