Can the GOP Survive as a White Nationalist Party?
The Houston Chronicle's GOPLifer ^ | October 10, 2013 | Chris Ladd

Chris Ladd is a Texan who is now living in the Chicago area. He is the founder of Building a Better GOP and has served for several years as a Republican Precinct Committeeman in DuPage County, IL, and was active in state and local Republican campaigns in Texas for many years.

The Election was there for the taking in 2012. If someone was elected that could simply have reasonable turnout on the GOP side, that person wins. Who is that candidate? Hard to say right now, but the pieces are there to flip the script around.

Dislike of the Dems is not enough...obviously...to drive people to the polls. The candidate will have to have an actual personality, unlike Romney and McCain.

Chris Ladd is a big promoter of gay “rights.” Draw your own conclusions.

The DNC don’t seem to be doing too bad as the Brown Nazi Party.

Could you find a bigger collection of Democratic talking points than right here . . . ?

I can’t actually believe this man is a Republican. His crap here is beyond anything Tokyo Rove has said. It sounds more like a liberal trying desperately to imitate a RINO.

“Standing on the weakest, narrowest base in the party’s modern history”

A) We’re not narrow or weak, we just don’t turn out for RINOS.
B) Go ahead, cut us loose. You’ll be slaughtered in every following election. 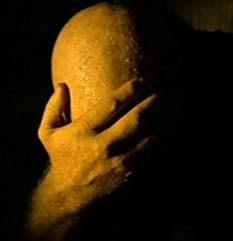 Beg to differ with the article.

Steve Munisteri is a terrific TX State GOP Chairman. He has done a great job at making Tejanos welcome in the TX GOP Party. And they should be.

There have always been Tejanos and Gringos in leadership in the State of Texas. Since before the TX War for Independence.

Looking at his eyes, I’d say he’s a drunk, a stoner or both.

The only thing good to come out of IL was Joe Walsh. With folks like Ladd running the party, there are more Democrat pols serving time than there are registered Republicans in the state.

GOP-E were stupid and small minded. They were too beholden to bankers and corporations. Illegal immigrants were a death knell to GOP, yet many GOP-E held the bucket for corporate calls to look the other way as illegals stay and undercut US wages and now calls to give them pathway to citizenship. GOP-E supported free trade with China and the shipping of US manufacturing jobs overseas undermining the support and standard of living of blue collar Reagan Democrats. The GOP-E blames the entire financial meltdown on gov and yet ignore the fact many liar mortgage notes bear the name of banks and not federal agencies. GOP-E bailout the bankers in 2008 but tell main street Americans to eat their losses because they are too small to save but Wall Street is too big to fail. GOP-E has been out of touch with blue collar main street Americans, but quick to meet the demands of corporations and bankers. After committing one stupid policy after another, they wonder why they are losing voters. If they had heeded Ross Perot, and Pat Buchanan, the GOP would have won in 2012 on economics and populism. Instead they nominated a Wall Street tycoon instead to represent the party after Wall Street bankers filled our economy with toxic assets and over leveraged gambles and crashed the global economy and putting many Americans into misery.

“A nation can survive its fools, and even the ambitious.

But it cannot survive treason from within.

An enemy at the gates is less formidable, for he is known and carries his banner openly.

But the traitor moves amongst those within the gate freely, his sly whispers rustling through all the alleys, heard in the very halls of government itself.

For the traitor appears not a traitor; he speaks in accents familiar to his victims, and he wears their face and their arguments, he appeals to the baseness that lies deep in the hearts of all men.

He rots the soul of a nation, he works secretly and unknown in the night to undermine the pillars of the city, he infects the body politic so that it can no longer resist.

A murderer is less to fear.

The traitor is the plague.”

His words were chosen carefully, to both insult and sneer.

To start with, the Republicans, as a “white” party, fought slavery, Jim Crow laws, segregation, and bigotry every step of the way, against the Democrats. Our credentials for color blindness, equality before the law, and basic fairness, are impeccable.

So he is arguing either that people of color don’t hold these values, or more likely, that they are not able to hold or even appreciate these values. The words of a bigot.

But calling Republicans “nationalists” also attacks us from a bizarre angle. For what is the opposite of a patriotic nationalist, but an unpatriotic “internationalist”? Is he really criticizing us because we believe not just in “American exceptionalism”, but that the way we live is, in many ways, substantially better than the way the rest of the world lives.

By what bad logic should we surrender our “best practices” and lower ourselves to the level of foreign nations, the bulk of whom are in the “inferior to failure” range of national performance?

Does he really think the UN would be a better government for us? Perhaps the IMF, or those other collectives of self-described “elite” former failures who once trod the halls of power, yet “just know” that if they could remake the world in their own, pathetic image, it would somehow be better.

IDK. Sounds like either a liberal or a defeated GOPe/RINO.

I know it won’t survive what it is now. That’s a regional party.

16 posted on 10/10/2013 9:07:16 PM PDT by VerySadAmerican (".....Barrack, and the horse Mohammed rode in on.")
[ Post Reply | Private Reply | To 1 | View Replies]
To: 2ndDivisionVet
Okay, I read this drivel. As usual from these phonies, all mouth, no specifics. I gathered the author was pretending to be a Republican? LOL, no sale. The gratuitous swipes at the South and at tea party conservatives was a dead giveaway even before he went on his rant about opening the floodgates to hordes of illegal aliens / future Democrat moochers and parasites.

Anyway, this scumbag Chris Ladd lives "in the Chicago area" and that just sounds filthy to me. He cannot be trusted.

Ahh.. That explains the photo of him. He's a "Log Cabin Republican", lol! In other words, a Democrat operative.

18 posted on 10/10/2013 9:11:28 PM PDT by Lancey Howard
[ Post Reply | Private Reply | To 3 | View Replies]
To: 2ndDivisionVet
Results from the Republican Party’s own “Growth and Opportunity Project” made the situation explicitly clear...

So "Smart" Republicans should lick their fingers and hold them in the wind! Yeah, right!

I was just looking at his article in the Huffington Post, he will probably be representing the GOP ‘point of view’ on PBS in the future.