According to Fox News, the Obama administration is building a team of experts in psychology to come up with ways to subtly persuade Americans to change their behavior in ways the government approves of – kind of like lab rats, Pavlov’s dogs or teachers unions. The “Behavior Insights Team” team is only in its formative stages, but its goals are all ambitious, according to a recruiting letter Fox said it obtained from a university professor who was identified for membership:

“Behavioral sciences can be used to help design public policies that work better, cost less, and help people to achieve their goals,” it says.

The letter shows that the White House has already begun projects to “experiment” with behavior modification at Cabinet-level agencies such as the Department of Health and Human Services – otherwise known as the Obamacare People.

And now a lot of things start to make sense. Remember that blizzard of half-baked ideas to promote Obamacare over the past few months – enlisting celebrities, librarians, motherhood, even trying to enlist the NFL, for God’s sake? They all only looked like typical ham-handed efforts by Democrats to try to get Americans to suck it up and surrender their freedom to the central government, as Democrats have been suckering them into doing since at least the Wilson administration.

They were all experiments of The Nudge.

The nickname – used by the professor who received the recruiting letter – comes from “Nudge,” a 2008 book by Cass Sunstein, a professor at the University of Chicago Law School who served as administrator of the Obama White House Office of Information and Regulatory Affairs, and Richard Thaler, a professor at the Chicago Booth School of Business, according to Fox.

The premise, according to the book’s Amazon.com, is “how sensible ‘choice architecture’ can successfully nudge people toward the best decisions.” It’s a “must read,” Amazon says, “for anyone interested in our individual and collective well-being.”

Connect those dots: Two Chicago professors, one of whom becomes Obama’s regulatory czar, publish a book in 2008 – the same year a former University of Chicago constitutional law professor got himself elected president – about how to push people toward “collective well-being.”

And lo and behold, that becomes the playbook for a government bent on manipulating a population into voluntary servitude. Even better, it’s harmless, it’s warm, it’s friendly – it’s just a “Nudge.”

But as one economist summed it up for Fox: “Nudges can turn into shoves pretty quickly.”

Especially when it’s for the collective.

AKA, your papers please...

We have always been at war with Eastasia.

Sing along now. “If you’re happy and you know it clank your chains.”
(Clank, Clank)
...

Are these the ‘psy-ops’ I’ve heard whispers about? 1984 has arrived. Anyone not conforming to the ‘Nudge’, will be ‘Nudged’ into a FEMA camp for reeducation.

Uh, where is this written in the Constitution? Hello, Congress - you people do have a job to do here ....

we can nudge back. harder.

is that the unicorn that farts arizona iced teas and skittles?

And in corporate America, these educated people become bosses. 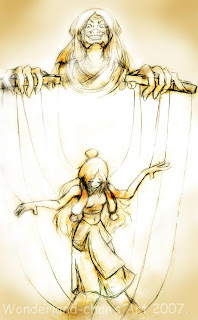 I listen to Rush pretty much everyday, Hannity not quite so much, Levin when I can.

Seems like there are a lot of commercials with blah, blah, blah .gov or the Ad Council or HHS, etc. paying for them.

That goes for local radio guys, as well.

Can these guys stay on the straight and narrow with the Collective filling their pockets with messages that are anathema to conservatism, particularly regarding Obamacare?

Sadly, it seems I can’t trust anyone these days.

(happier than Dracula at a blood drive)

I guess I am ahead of the curve. I have already started modifying my behavior.

I closed all my bank accounts at Chase. I moved my money to another bank. I will be taking cash deposits for all my spending so that my purchasing habits won’t be monitored.

I don’t watch TV, so I don’t listen to cable news. I don’t read the newspaper. I read Drudge. If I need to know about it, it will be there.

My car is 16 years old and I am going to drive it as long as I can. I don’t buy much of anything anymore.

I’m trying my best to educate the younger generation on how it used to be and how it should be. I hope they will start thinking for themselves. They only know what they are being told. Tell them your side.

We need to end the Federal Reserve and the IRS asap! Organize NOW!

“You don’t need to know. You can’t know.” That’s what Kathy Norris, a 60-year-old grandmother of eight, was told when she tried to ask court officials why, the day before, federal agents had subjected her home to a furious search.

If I’m not mistaken, the 4th Amendment says just the opposite: The right of the people to be secure in their persons, houses, papers, and effects, against unreasonable searches and seizures, shall not be violated, and no warrants shall issue, but upon probable cause, supported by oath or affirmation, and particularly describing the place to be searched, and the persons or things to be seized. And if ever there was a case of ‘unreasonable’, this would be it!

The agents who spent half a day ransacking Mrs. Norris’ longtime home in Spring, Texas, answered no questions while they emptied file cabinets, pulled books off shelves, rifled through drawers and closets, and threw the contents on the floor.

The six agents, wearing SWAT gear and carrying weapons, were with – get this- the U.S. Fish and Wildlife Service.

Fish & Wildlife? SWAT gear and weapons?  Are the serious?

Kathy and George Norris lived under the specter of a covert government investigation for almost six months before the government unsealed a secret indictment and revealed why the Fish and Wildlife Service had treated their family home as if it were a training base for suspected terrorists. Orchids.

If you really want to get your blood boiling this morning, read this whole column.

I don’t care what side of the political spectrum you are on, things like this should really make you stand up and pay attention to what has REALLY been happening in this country.  How many stories like this do we NOT hear about?  Obvious violations by a federal agency of the U.S. Constitution, and down right common sense!  This type of blatant disregard of the citizens of this country started long before either Bush, or Obama were gleams in their daddy’s eyes.  This is not a left or right issue.  This is a right and wrong problem.  One that has been going on for FAR too long, and must be stopped!

Did not see a single nudge. Watching the MSM makes you stupid and nudged.