Serious political commentary that should be condemned, or a humorous skit? As reports circulating the Internet have asserted, on Friday’s Late Night with Conan O’Brien on NBC actor Alec Baldwin jumped from his chair to scream "We would stone Henry Hyde to death and we would go to their homes and we’d kill their wives and their children!"

Baldwin is a well-known defender of Clinton who held a fundraiser for him last summer at his Long Island home. Monday night on CNBC’s Upfront Tonight he charged that "the ultimate goal" of impeachment advocates "is what I would call ‘election nullification’" as "this is a group of people who want to undo the ‘96 election."

On the December 11 NBC show host Conan O’Brien wrapped up his interview with Baldwin by asking Baldwin about Clinton’s plight. Baldwin answers but as he proceeds his voice rises as he jumps up from his chair and is screaming and flailing his arms by the time he’s finished. Cutting to the punch line, O’Brien then jumps up and puts an air mask over Baldwin’s mouth to calm him down. Funny political satire or, even if meant in jest, mean-spirited and violence-inciting words that would be condemned if uttered by a conservative?

Here’s the exchange as transcribed by MRC news analyst Paul Smith. Conan O’Brien: "Before we leave, I gotta ask you. It’s no secret that you are very political. You are a very political person. It’s no secret that you have actually had some associations with the Clintons. That you’re a liberal man and I thought you know today, this is a historic day and you’re one of the most politically active actors out there. What do you think?" Alec Baldwin: "I was in Africa. I go to Africa. I mean ladies and gentlemen I am in Africa. For three months I am in the bush and I come back. I come back here and I come back to what? I mean what is happening right now as we speak? Right now the Judiciary Committee, the President has an approval rating of 68 percent. The President is very popular and things are going pretty good and they are voting to impeach the President. They voted on one article of impeachment already. And I come back from Africa to stained dresses and cigars and this and impeachment. I am thinking to myself in other countries they are laughing at us twenty four hours a day and I’m thinking to myself if we were in other countries, we would all right now, all of us together, [starts to shout] all of us together would go down to Washington and we would stone Henry Hyde to death! We would stone him to death! [crowd cheers] Wait! Shut up! Shut up! No shut up! I’m not finished. We would stone Henry Hyde to death and we would go to their homes and we’d kill their wives and their children. We would kill their families. [stands up screaming] What is happening in this country? What is happening? UGHHH UGHHH!!!!"

Now, in your mind substitute the name Al Gore or Hillary Clinton for Henry Hyde and the name of a conservative for Baldwin. What kind of reaction would the media establishment be expressing?

To see this exchange, go to the MRC home page where MRC Webmaster Eric Pairel has posted a RealPlayer clip of what is transcribed above. Unfortunately, we taped the show on a bad VCR so, Sean reports, the sound level is rather low but if you turn your volume way up you should be able to hear it. After all, Baldwin is yelling. -- Brent Baker

TOPICS: Extended News; Politics/Elections
KEYWORDS: giffords; inflammatory; rhetoric Navigation: use the links below to view more comments.
first 1-20, 21 next last
Another in countless examples of liberal hypocrisy and dishonesty. They can only lie and make things up about Sarah Palin and the Tea Party to exploit a human tragedy for political gain, while example after example of real vitriol from their side can be found. Another FReeper is already chronicling a lot of these examples which literally make references to violence. It's sad that instead of everyone being together in concern for the victims and Congresswoman Giffords' ongoing struggle to survive, we have to engage in this due to those on the left who have no moral compass who started this divisiveness and then blaming the tea party for the divisiveness.
1 posted on 01/09/2011 10:45:14 AM PST by Republican Wildcat
[ Post Reply | Private Reply | View Replies]
To: Republican Wildcat

Great post/reminder, ‘cat. The tactics of totalitarians and their enablers, sycophants, co-conspirators, useful idiots and idiots in general.

We need to archive this kind of stuff from them as it`s just the thing they`ll try and purge from the record if they get their hands on the Internet. Fairness doctrine, net neutrality? Who do those creeps think they`re fooling! 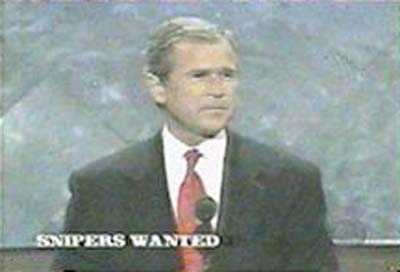 It’s like the Wellman funeral. The Democrats are hysterical again, but this time waving the bloody shirt of an innocent nine year old child. That’s unforgiveable, it’s monstrous.
Underneath it all is the cold-blooded cynicism of the Democrats and their allies in the media, in their attempts to make political hay—to influence the large bloc of Americans who consider themselves neither liberal or conservative.
As Lincoln said, “You can’t fool all the people all the time”. Like their hyperbole & hysteria at a funeral—like the Phelps ghouls—the Democrats recent outrageous rhetorical outbursts will come back to haunt them as well.

I think this is the real reason why liberals hate guns so much. It’s projection, they have a deep seated need to eradicate all political opposition permanently.

Speaking of the leftist vermin, they plan on going to the little 9 year old girls funeral.

The video of Baldwin calling for the stoning of Henry Hyde and family has been scrubbed from the interwebs.

Yeah, I’ve read that on FR as well. There’s a special place in Hell for that bunch. Somebody will get their butt kicked if they follow through, even the libs will be grossed out by this.

I remember them blaming Reagan for the AIDS epidemic.

It’s still there at this article I posted to watch and the link still works. 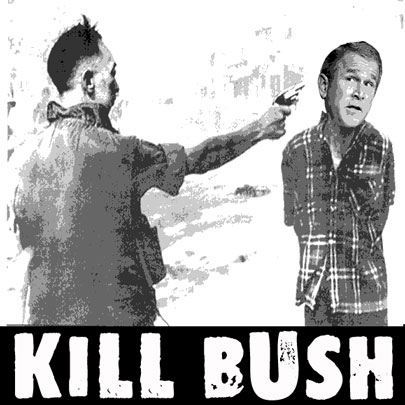 Fort Hood was a ‘one off.’ Nothing to see here - move along.

Not part of a larger movement or influence.

AZ shooter is clear evidence of the danger of Tea Party movement and the peaceful use of free speech & political action to urge reform of the $14,000,000,000,000 debt.

When LA’s Maxine Waters stated a decade ago that “It’s going to be a long hot summer...” when certain Federal entitlement programs were in jeopardy of not being passed, that was not an attempt to incite street violence or in any way intended to be provocative or threatening.

“No Justice, no Peace” is just a leftist slogan and is not intended to incite mass violence or unrest - including at annual events where developed nations hold economic summits and Environmentalist and Socialist Groups smash in windows, destroy buildings, and fight with police.

I hope this clarifies things.

*That* is a big deal in liberal-land, but *not Alec Baldwin threatening the lives of U.S. Representative Henry Hyde and family.