US President Barack Obama praised Islam as an integral part of America, as he feted prominent US Muslims at an Iftar dinner marking the holy fasting month of Ramadan. "For well over a billion Muslims, Ramadan is a time of intense devotion and reflection," Mr Obama said, in remarks welcoming his guests in the State Dining Room of the White House.

"Tonight's Iftar is a ritual that is being carried out this Ramadan at kitchen tables and mosques in all 50 states," he said.

"Islam as we know is part of America. Like the broader American citizenry, the American Muslim community is one of extraordinary dynamism and diversity.

"On this occasion, we celebrate the holy month of Ramadan and we also celebrate how much Muslims have enriched America and its culture in ways both large and small,'' he said.

Among the guests Mr Obama praised was Bilqis Abdul-Qaadir, a first-year student at the University of Memphis who scored more points than any other girl or boy in the history of high school basketball in the state of Massachusetts.

"She recently told a reporter, 'I would like to inspire a lot of young Muslim girls if they want to play basketball. Anything is possible, they can do it too'," said Mr Obama, who has a well-known love of the sport. what a POS he is

he couldn’t be bothered with national day of prayer and he certainly didn[t make as big a deal of Easter or a jewish holiday.

“”we also celebrate how much Muslims have enriched America and its culture in ways both large and small,’’ he said. “”

How far does this POS have to go before he is removed from office for treason ...

The only accomplishment of Islam in the USA is destroying the trademark Twin Towers in NYC and killing 3,000 Americans.
He is a craven liar when he ascribes any contributions made to our nation by this Neanderthal cult.

Of course ! What would you expect a practicing Muslim to do?

The Grand Mufti of Chicago praising Islam. Who would have thought?

9 posted on 09/02/2009 8:37:10 AM PDT by BuffaloJack (Obama's New New Deal = The Raw Deal)
[ Post Reply | Private Reply | To 1 | View Replies]
To: rightwingintelligentsia
"[Bilqis Abdul-Qaadir,...who scored more points than any other girl or boy in the history of high school basketball in ...Massachusetts] recently told a reporter, 'I would like to inspire a lot of young Muslim girls if they want to play basketball. Anything is possible, they can do it too'," said Mr Obama.

Pray tell, how does a Muslim girl play basketball if she has to be covered head to toe? Or, how does she play if she's not allowed out of her house, except in the company of a man? Are we expected to make religious accomodations for them?

Don't laugh. My fitness center built a room so that Muslim women could work out without having to be looked at by the evil men in the gym. In so doing, they impounded several machines that I used, for female use only. I suspect this is only an example of the tip of the iceberg that we're expected to dash ourselves against in order to accomodate Muslims in public life.

This whole tribute and praise for Islam by 0 for Ramadan is laughable, anyway. Does this "brilliant" man not realize that Muslims the world over, particularly Arabs, are laughing at us behind our backs for showing such weakness? No, I suppose not. Pres__ent 0 knows better than we do. Sorry I brought the whole thing up.

Perfectly self-consistent with the insanity this madman has already spouted that America is a Muslim nation, not a Christian one.

But he did commemorate Good Friday by flying in pizza from St. Louis.

Let’s see if Christmas or Kwanzaa is celebrated in the White House this year. 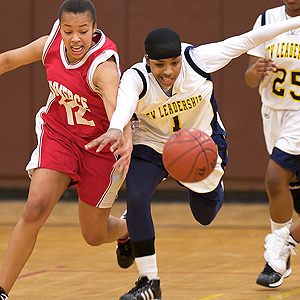 GWBushthesocialist did the same thing.

I read that GWB held Ramadan dinners in the WH .... Patriot Room (I think).

The impact of the accomplishment of Islam in the USA

During the accomplishment of Islam in the USA

After the accomplishment of Islam in the USA

19 posted on 09/02/2009 8:57:15 AM PDT by Just A Nobody (Better Dead than RED! NEVER AGAIN...Support our Troops! Beware the ENEMEDIA)
[ Post Reply | Private Reply | To 6 | View Replies]
To: rightwingintelligentsia
Obama believes he is invincible so he is going all out.

Obama is a Muslim. This is what he is comfortable with. The madrassa school training is beginning to come out ... . Recall: Hume suggested LA Times report on Obama's alleged links to Islam contradicted Obama's previous statements March 16, 2007 7:51 pm ET But contrary to Hume's suggestion, both the claim that Obama "took Muslim religious classes in school" and the claim that he "was registered as a Muslim" in primary school were previously known, and neither contradicts what Obama has said on the issue of his religion. In his report, Hume stated that "[t]he Times quotes friends and teachers as saying Obama took Muslim religious classes in school." But the Times article itself noted that Obama wrote about his experience in "Koranic studies" classes in "a Muslim school" in his 1995 memoir, Dreams from My Father (Crown). From the Los Angeles Times article: In his autobiography, "Dreams From My Father," Obama briefly mentions Koranic study and describes his public school, which accepted students of all religions, as "a Muslim school." "In the Muslim school, the teacher wrote to tell my mother that I made faces during Koranic studies," Obama wrote. "My mother wasn't overly concerned. 'Be respectful,' she'd say. In the Catholic school, when it came time to pray, I would close my eyes, then peek around the room. Nothing happened. No angels descended. Just a parched old nun and 30 brown children, muttering words." ... Obama's mother, divorced from Obama's father, married a man from Indonesia named Lolo Soetoro, and the family relocated to the country from 1967-71. At first, Obama attended the Catholic school, Fransiskus Assisis, where documents showed he enrolled as a Muslim, the religion of his stepfather. The document required that each student choose one of five state-sanctioned religions when registering -- Muslim, Hindu, Buddhist, Catholic or Protestant. Gibbs said he wasn't sure why the document had Obama listed as a Muslim. ... Obama has said in speeches that his father "was Muslim but as an adult became an atheist," and he has previously described his father as "agnostic" and his stepfather as a "nonpracticing" Muslim. ... http://mediamatters.org/research/200703160017