October 18, 2005 - It was a plane crash back in 1942 that wasn't discovered until 1947. Now, hikers made a frozen discovery in connection with a World War II plane crash.

Hikers found the frozen body of an airman while scaling Mount Mendel Glacier in the Sequoia National Park. Now, the military is working to find out who this airman is and whether he was ever reported missing.

It's believed the airman has been frozen in the glacier for decades until a pair of climbers got much more than ever imagined on a hike.

Two glacier climbers, 13,000 feet above the national park floor on Mount Mendel, made the incredible discovery.

"They were hiking, ice climbing ... it's a pretty popular ice climbing route in K.C. and what they noticed was the head and shoulder and a part of an arm of a person at the base of the glacier that had melted out over the course of this summer," explained Alexandra Picavet, from the National Park Service.

National Park Service representatives believe the serviceman was likely part of a crew aboard an AT-7 navigational training plane that crashed on November 18, 1942.

"When we got this report, we got the report of a person wearing a parachute with a patch that said U.S. Army Corp. There was no Air Force in 1942 ... that didn't come until 1947, or after World War II," said Picavet.

In 1947, five years after the crash, hikers discovered a portion of the plane, along with four bodies. Recovery crews didn't know there was at least one airmen left behind.

Tuesday afternoon, an archaeologist and two U.S. park police officers went up to survey the area. A team of two will camp nearby to preserve the scene until the body can be recovered.

It's believed most of the plane is still preserved under the glacier above the spot the latest airman was found.

Veterans familiar with common military practices say the serviceman should have some identification on him.

The climbers who found the man said they could not find anything around his neck, but they did cut out a piece of the parachute that 63 years later is still strapped to his back.

The crash is believed to be one of many that happened in the Sierras during the 1940's and 1950's.

The Park Service is working with a number of agencies and is hoping to chisel the ice around the body on Wednesday to get the man out and eventually identified.

They say it's going to be a long, tedious process.

Last week Peter Stekel went to the Beechcraft AT-7 crash site at the Mendel Glacier in Kings Canyon National Park where he located another of the missing airmen from the 11/18/42. A recovery team flew to the wreck site by helicopter on 8/20/07 to remove the remains of the unidentified USAAF crewman. Mr. Stekel is doing research for a book about the crew of AT-7 serial number 41-21079. With drought conditions continuing in the High Sierra the remaining two crewmen may also be recovered in the near future.

Ever since October, 2005 I have been conducting research for FINAL FLIGHT, a book I am writing that documents the crash of a Beech 18 AT-7 Navigator #41-21079 piloted by 2nd Lt. William Gamber. This is a great story - one befitting our greatest detectives. The aircraft disappears on November 18, 1942 and reappears briefly five years later when four UC Berkeley students discover wreckage on Mendel Glacier in Sequoia & Kings Canyon National Parks. With winter coming on fast, one of the students guides a group of Army Air-Sea Rescue captains to the site. They spend three days getting to the site and three hours poking around the glacier, finally finding engine identification tags which confirm the wreck is the missing AT-7 piloted by Lt. William Gamber with three aviation cadets [John Mortenson, Ernest Glenn Munn and Leo Mustonen] on board. No bodies are recovered. The following summer a team of soldiers tries to recover remains and fail.

The plane slips from memory until October, 2005 when two climbers discover a body melting out of the Mendel Glacier. Six months later this aviator is identified as Cadet Leo Mustonen. And, once again the story fades from view. That is, until August, 2007 when my hiking partner and I discover the body of another aviator within 100 feet of where Cadet Mustonen was found.

This is real history - "not the history of H. G. Wells" - as Caspar Gutman gloats in the classic mystery novel, The Maltese Falcon. It's not the history of movers and shakers, the wealthy or the politically connected. It's the history of average, everyday people. The kind of people we're proud to call our family and friends. And, for me, that makes this personal history.

I have been hiking and climbing in the Sierra Nevada and in Sequoia & Kings Canyon National Parks since 1965 and have never found any other place that has felt so much like home to me. Added to these feelings is my surprise discovery of the second aviator. This has now become a personal story to me. (All photos courtesy of Peter Stekel, copyright 2007 by Peter Stekel, all rights reserved)

Keep up-to-date on press reports and my research for FINAL FLIGHT - the story of four aviators lost in Sequoia & Kings Canyon National Parks in November, 1942: http://www.peterstekel.com/Final_Flight.htm

JPAC announced this week that the human remains discovered on the Mendel Glacier in the High Sierra by Peter Stekel during the summer of 2007 are those of Aviation Cadet Ernest G. Munn. For more information see the latimes.com 3/12/08 article by Steve Chawkins.

in before the captain america reference

Should be some good back-pay coming to him.

Please.... a little respect for a dead service member...

no sign of the third guy?
an of course CAPTAIN OBVIOUS: how is this breaking news?
LEX

“Now, the military is working to find out who this airman is and whether he was ever reported missing.”

Really? They think the USAAC never noticed this chap was missing? 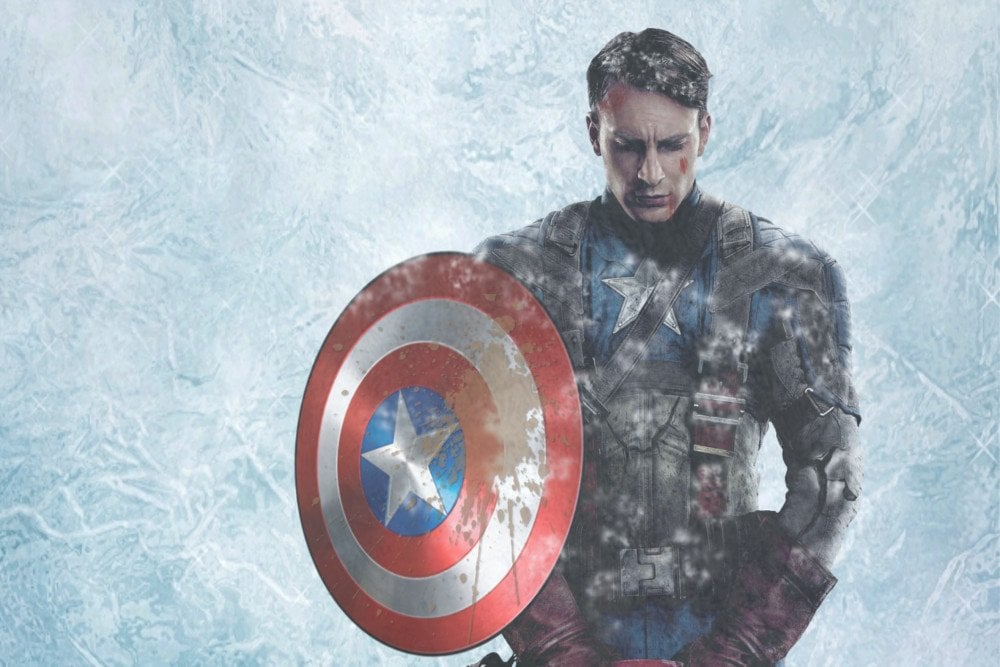 So when was this guy discovered
2005 when ?
If that far back why is it news today ?

Yea well how did it play out in your neighbor hood ?

No one cared ?
Happens all the time ?

Strange it never left that orb till now !

[snip] THIS article from the Fresno Bee September 8, 2016 issue discusses my discovery of Glenn Munn on Mendel Glacier and puts the story in context to shrinking glaciers and climate change. [/snip]

It was all over the local news here for several weeks. The national media rarely covers our rural area. We had a big 6.2 earthquake here in 1986 and it barely made the news in Los Angeles. Pre-internet era of course.

aren’t glaciers moving? so in 70 years, the wreck has moved to an area that now melts a bit more... slow natural process, rather than global warming.

it is good to be having this service man finally laid to rest.