Rothe who has a dazzling biography was accompanied by a BBC "journalist." Ordained by conservative St Pölten Bishop Kurt Krenn, Austria, he became the vice-rector of now defunct St Pölten seminary. In 2004 pictures showing him while seemingly kissing seminarians on their lips producing a scandal that made worldwide headlines. After that, Rothe returned to Germany working in Munich Archdiocese.

In recent years, he has again been active on the homosex front. In May, photos showing him while performing homosex pseudo-blessings went around the world. Rothe regularly reports brethren priests critical of homosexualism to Gaystapo prosecutors for "hate speech" according to a secular blasphemy legislation used in some European countries.

Rothe's homosex activism is condoned by Munich archdiocese. Gloria.tv user @dlawe contacted the Archdiocese and received a verbose response explaining that no measures will be taken. 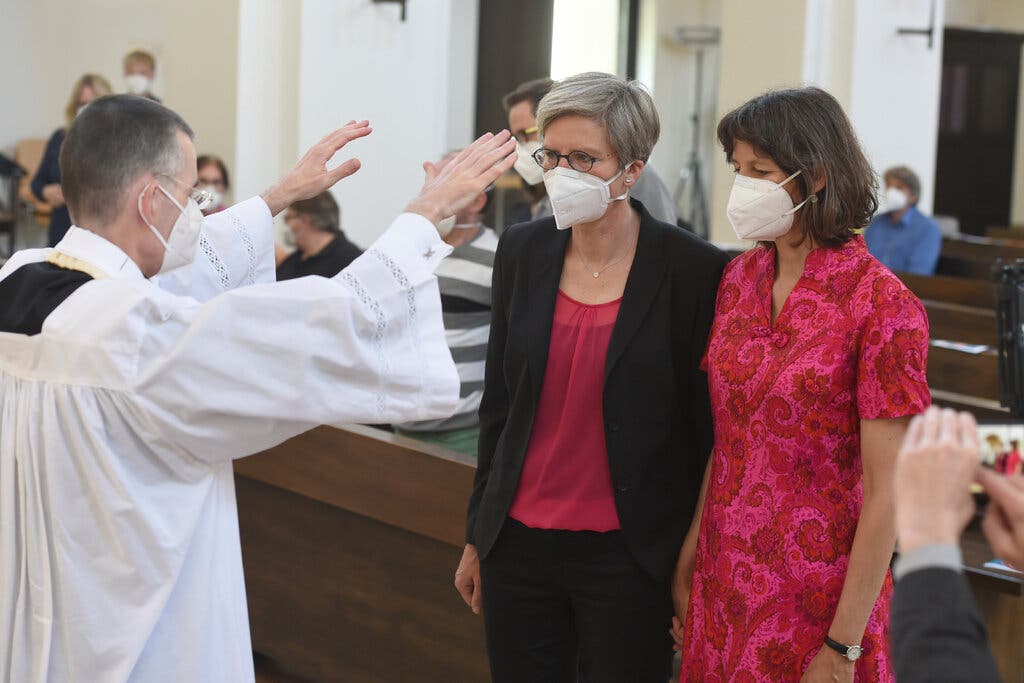 Satan now has the Churches.

When will this degenerate evil be exorcised from the church ?