[16] And passing along by the Sea of Galilee, he saw Simon and Andrew the brother of Simon casting a net in the sea; for they were fishermen. [17] And Jesus said to them, "Follow me and I will make you become fishers of men." [18] And immediately they left their nets and followed him. [19] And going on a little farther, he saw James the son of Zebedee and John his brother, who were in their boat mending the nets. [20] And immediately he called them; and they left their father Zebedee in the boat with the hired servants, and followed him.

Both John the Baptist and Jesus and his Apostles insist on the need for conversion, the need to change one's attitude and conduct as a prerequisite for receiving the Kingdom of God. St. John Paul II underlines the importance of conversion for entry into the Kingdom of God: "Therefore, the Church professes and proclaims conversion. Conversion to God always consists in discovering his mercy, that is, in discovering that love which is patient and kind (cf. 1 Cor 13:4) as only the Creator and Father can be; the love to which the 'God and Father of our Lord Jesus Christ' (2 Cor 1:3) is faithful to the uttermost consequences in the history of his covenant with man: even to the Cross and to the death and resurrection of the Son. Conversion to God is always the fruit of the 'rediscovery' of this Father, who is rich in mercy.

"Authentic knowledge of the God of mercy, the God of tender love, is a constant and inexhaustible source of conversion, not only as a momentary interior act but also as a permanent attitude, as a state of mind. Those who come to know God in this way, who 'see' him in this way, can live only in a state of being continually converted to him. They live, therefore, in statu conversionis and it is this state of conversion which marks out the most profound element of the pilgrimage of every man and woman on earth in statu viatoris (St. John Paul II, Dives In Misericordia, 13).

16-20. In these verses the evangelist describes how Jesus called some of those who would later form part of the Apostolic College (3:16ff). From the start of his public ministry in Galilee the Messiah seeks co-workers to help him in his mission as Savior and Redeemer. He looks for them among people used to hard work, people for whom life is a struggle and whose life-style is plain. In human terms they are obviously at a disadvantage vis-a-vis many of those to whom they will preach; but this in no way prevents their self-surrender from being generous and free. The light lit in their hearts was enough to lead them to give up everything. A simple invitation to follow the Master was enough for them to put themselves completely at his disposal.

It is Jesus who chooses them: he interfered in the lives of the Apostles just as he interferes in ours, without seeking our permission: he is our Lord. Cf. note on Mt 4:18-22. 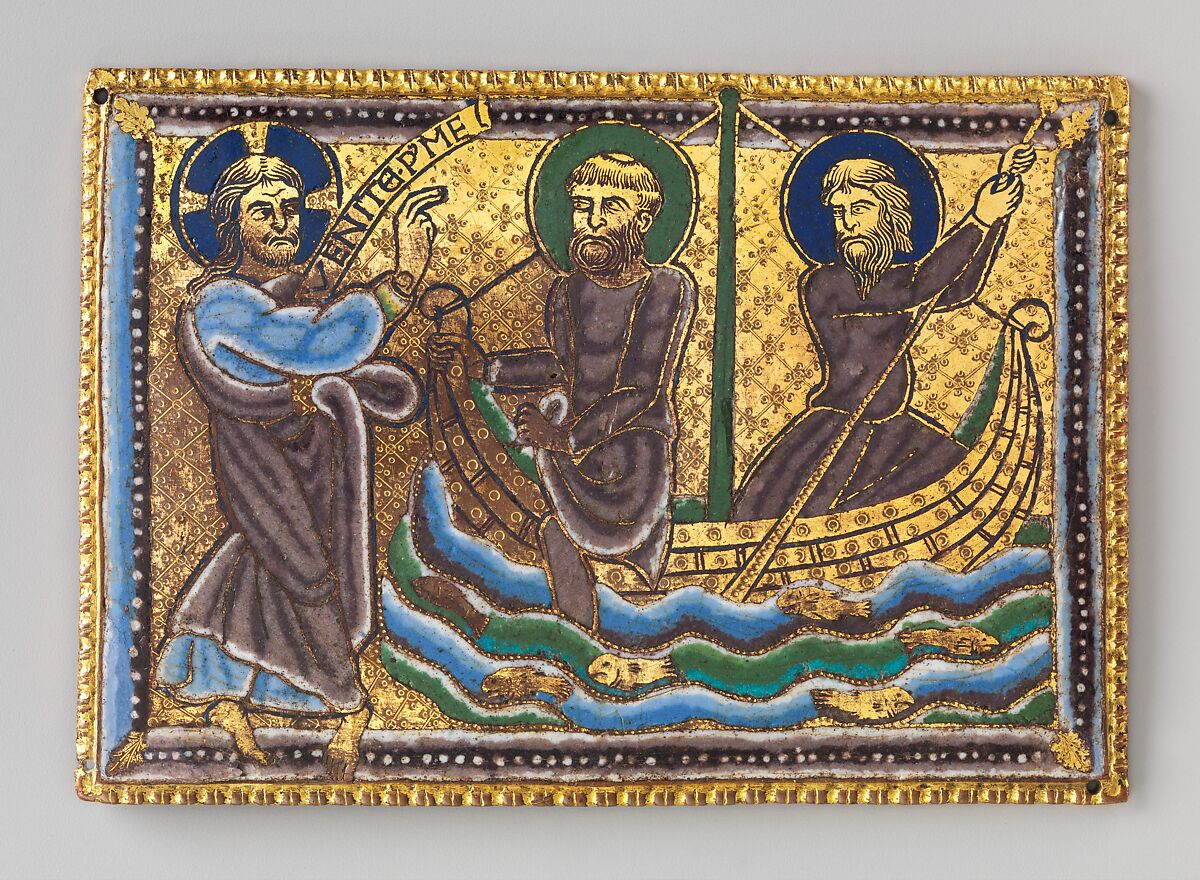 Plaque with the Calling of Saints Peter and Andrew