VATICAN CITY (ChurchMilitant.com) - Pope Francis has transferred responsibility for funds and real estate assets managed by the Secretariat of State to another department on the same day it was revealed that the scandal-ridden London property deal was made "with the approval of the Holy Father." 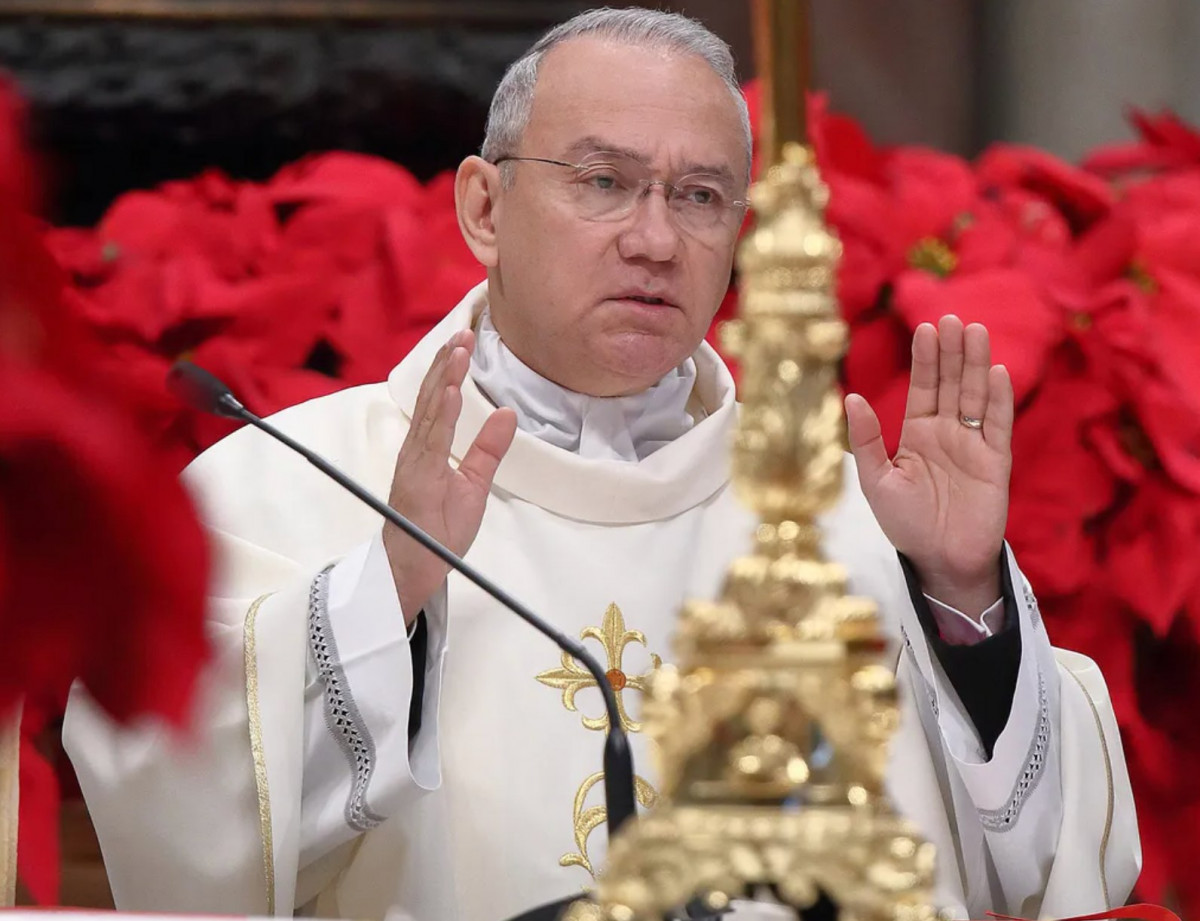 The Vatican Press Office announced the transfer to the Administration of the Patrimony of the Apostolic See (APSA) Thursday, as Italian newspaper La Stampa reported that the pope had also endorsed hiring Italian middleman Gianluigi Torzi for a fee of up to 20 million euros to swing the deal.

The negotiations to purchase the posh Sloane Avenue property for over $200 million was conducted under the supervision of Venezuelan Abp. Edgar Peña Parra — identified by Vatican whistleblower Abp. Carlo Maria Viganò as a "notorious homosexual" accused of seducing two minor seminarians.

Parra, who holds the top position of sostituto (chief of staff) of the Secretariat of State, "allegedly played a key role from 2018–2019 in several financial decisions that caused the Vatican coffers to lose over 100 million euros," Viganò wrote.

"It would have been Peña Parra himself, one of the most powerful men in the Vatican and personally chosen by Bergoglio, who 'opened the gate of the chicken coop to ravenous foxes,'" Viganò added.

The accusations implicating Pope Francis in the deal were made in an open letter by Salvino Mondello, lawyer for Msgr. Mauro Carlino, former secretary to disgraced Cdl. Angelo Becciu.

The Vatican has known about the bluff at least since 2016.Tweet

"The Vatican has known about the bluff at least since 2016," Mondello wrote, in defense of his client, Carlino.

As also emerged in the course of the investigation conducted by the promoter of justice of the Vatican State, in fact, the need for negotiations with Torzi had already been decided with the approval of the Holy Father and the price of the transaction had already been indicated at 20 million euros.

Mondello said his client, Carlino, was entrusted "solely and specifically" with the task of "speaking with Torzi" after the deal had already been agreed upon by the pope.

"Monsignor Carlino had the merit of reducing the latter's [Torzi's] requests to 15 million euros, with a saving of five million euros," the lawyer explained.

Vatican authorities arrested and then released Torzi on bail in June.


"Certainly, the Holy Father has always been informed about this by sostituto Peña Parra," Vaticanist Edward Pentin reported that a source close to the inquiry had disclosed.

"Everyone knows this and it is clear that the pope was not only aware, but that he authorized everything. The Secretariat of State acted upon the authorization of the pope," the source revealed.

Francis' move to transfer responsibility for finances and real estate assets is seen in some circles as vindicating the financial reforms pioneered by Cdl. George Pell.

However, the "shuffling of the deck of cards" is also being interpreted as one of the "weapons of mass distraction" used by Francis to divert attention from his role in the scandal. 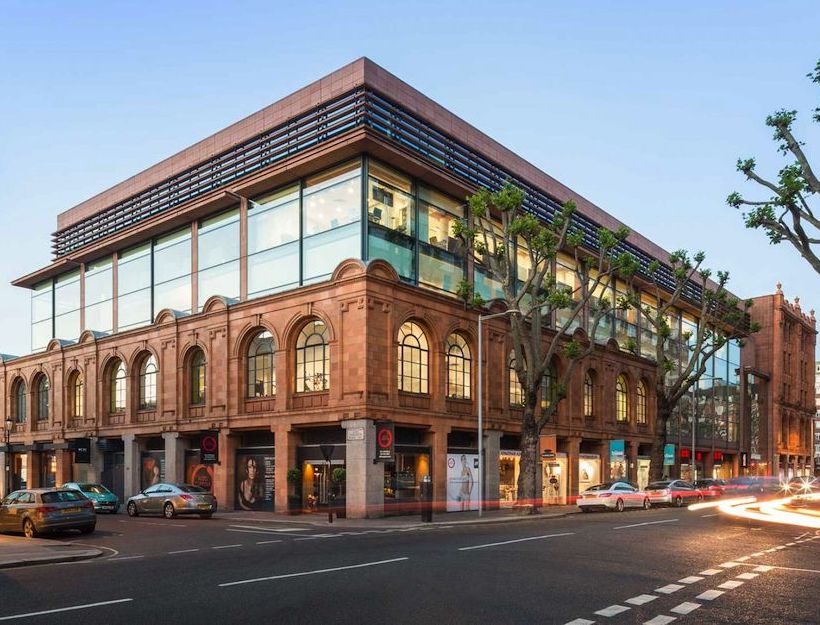 60 Sloane Ave., the property at the center of the scandal

Meanwhile, Frances has directed the Vatican to "exit as soon as possible," from "investments made in London and the Centurion Global Fund ... or at least, to dispose of them in such a way as to eliminate all reputational risks."

The Maltese investment firm Centurion Global Fund — whose largest investor is the Vatican — funneled about $1.1 million into the production of the 2019 Elton John biopic film Rocketman — a movie that features an explicit gay sex scene.

The Secretariat of State under Cdl. Pietro Parolin has been stripped of all independent financial oversight, and under the pope's new directive the Secretariat for the Economy will oversee all administrative and financial affairs of the Roman Curia.

Pope Francis created the Secretariat for the Economy as a new dicastery in 2014 and named Cdl. George Pell as its first prefect.

A new Commission for Transfer and Control will implement the pontiff's directives over the next three months.

The commission consists of Abp. Parra; Bp. Nunzio Galantino, president of APSA; and Fr. Juan Antonio Guerrero Alves, prefect of the Secretariat for the Economy.

TOPICS: Apologetics; Catholic; Current Events
KEYWORDS: crookedpope; francischism; francischurch; homos; lyingpope; popefrancis
Pope Francis has transferred responsibility for funds and real estate assets managed by the Secretariat of State to another department on the same day it was revealed that the scandal-ridden London property deal was made "with the approval of the Holy Father."
1 posted on 11/09/2020 8:14:31 AM PST by ebb tide
[ Post Reply | Private Reply | View Replies]
To: Al Hitan; Coleus; DuncanWaring; Fedora; irishjuggler; Jaded; JoeFromSidney; kalee; markomalley; ...

Typical liberal, nothing but corruption.

3 posted on 11/09/2020 8:15:49 AM PST by CodeToad (Arm Up! They Have!)
[ Post Reply | Private Reply | To 1 | View Replies]
To: ebb tide
Frankie has a nasty habit of crowd-sourcing the opinion of others, when in reality it was his opinion to begin with. He just uses others to put forward his own opinion. Probably so if it looks to be a bad idea he can blame others for it.

All this time we were led to believe that the London thing was some deal for which he had no part.

I call it "Frankie-Stink." Eventually, you realize that the guy pointing his fingers to other people is really the one who dealt it.

Remember when the German Archbishop was just about defrocked for paying for upgrades to his diocesan estate? This guy paid $20 million just for the consulting work alone!