A glowering, scar-faced volcano named Mount Unzen looms over the Shimabara Peninsula in southwestern Japan. Atop it, bubbling, sulfurous hot springs vomit out white crud and belch acrid steam. They call this place "Unzen Hell." From 1627 onward, the local ruler found the biggest of its caustic, skin-eating pools perfect for torturing Christians. 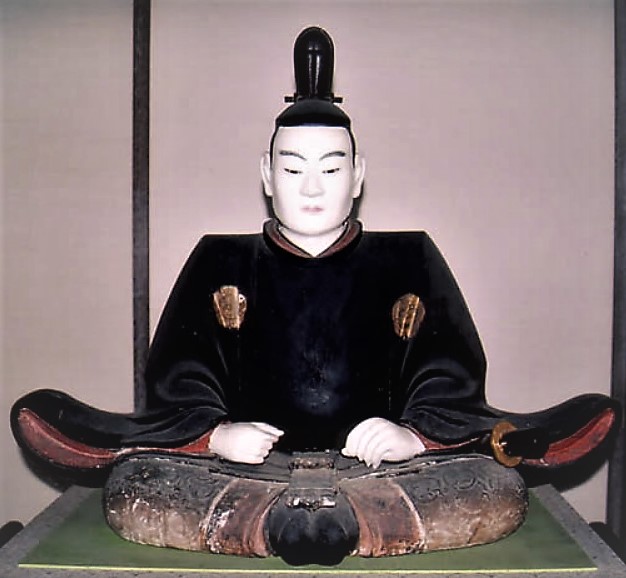 In the hands of the Catholic ruler Arima Harunobu, this peninsula, once known as Arima, had been the Christian bulwark of Japan. In 1612, though, the de facto shogun Tokugawa Ieyasu condemned Harunobu to death and entrusted Arima to Harunobu's spineless heir Naozumi. Naozumi then renounced Christ, joined Ieyasu's own Buddhist sect and vowed to stamp out the Faith in Arima, his family's ancestral domain.

As if to seal his apostasy, Naozumi burnt three staunchly Catholic samurai along with their wives and children on the Feast of Our Lady of the Rosary of 1613. Arima's faithful Catholics flocked to this martyrdom by the thousands, wearing Rosaries around their necks and singing hymns to the martyrs while Naozumi cowered in his hilltop fortress overlooking the scene. He soon requested transfer to another fief.

Rather than accompany their apostate lord to his new home, most of Arima's Catholic samurai renounced their livelihoods and stayed behind in Arima. Prominent among these stalwarts was Paulo Uchibori, a samurai born in Arieh, a coastal village not far from the Arimas' home castle.

The shogun's vise tightened on Arima in 1614: Hasegawa Sahioye, governor of Nagasaki, invaded her with an army of 10 thousand men to wage a gruesome campaign of anti-Christian terror, and he threw Paulo Uchibori into prison. Hasegawa was soon recalled to the shogun's capital, but he left behind two hills of Christian flesh, one of chopped-up bodies and the other of heads, in a field below Naozumi's abandoned hilltop castle in the south of Arima.

This was the spiritual landscape handed over to Matsukura Shigemasa, an old ally of Ieyasu's, in 1616. At first, Shigemasa turned a blind eye to Arima's Christians, and since he respected Paulo Uchibori's samurai grit, he let him out of prison. In 1626, however, Shigemasa went up to the capital to pay homage to Ieyasu's grandson, the Christ-hating Shogun Iemitsu, third of the Tokugawa shoguns.

Catholics flocked to this martyrdom by the thousands, wearing Rosaries around their necks and singing hymns.Tweet

According to the late Jesuit historian Fr. Diego Yuuki, Iemitsu could think of nothing but the crackdown on Christianity as if he were possessed. (A hypothesis bolstered by Iemitsu's appetites for pederasty, for cutting down random strangers with his sword and for gleefully observing the torture of Christians.) Matsukura Shigemasa drank deep of the poison in this wretched shogun's soul during his stay at the capital: He went back to Arima a changed man, determined to purge Christ from his domain, and he had sent down orders to arrest Paulo Uchibori and his family.


When Shigemasa got back home, he found 37 Catholics in his dungeon. On Feb. 21, 1627, he decreed this doom for 16 of them: cut their fingers off, hang stones around their necks and drown them in the sea. Paulo's three sons were among the 16.

Courage In the Face of Death

Paulo's youngest, five-year-old Ignacio, manifested a miracle when they cut off his tender little index fingers: after each slash, he brought the mutilated hand to his face and smiled, watching the blood jet out. The astonished pagans drew away in fear — like the Gerasenes, terrified by Christ's power over evil. Paulo himself and 19 others were stripped naked and forced to watch the tortures and executions.

First, the executioners lined the condemned Christians up along the bank of the moat around Shigemasa's fortress, calling each one forward and cutting that victim's fingers off one by one — some all 10, some fewer, at the torturer's whim. Paulo's 18-year-old son Antonio they called first. He bravely strode up and spread his hands out on the cutting board, evincing not the slightest wince as they sliced his fingers off. 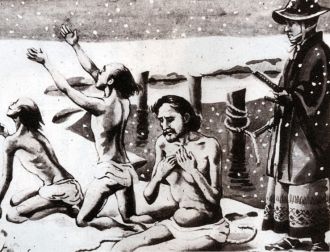 After mutilating these heroes, Matsukura's men stripped them, tied ropes around their necks and ankles, and took them out in a boat for the final torture. Hanging stones around their necks, they plunged each into the icy sea, pulling him out and demanding that he renounce Christ to save his life, then dropped him in again, pulling him out to give him another "chance," and in, and out, over and over. None of them apostatized; every one drowned a Christian.

Looking on from a nearby boat were the 20 other prisoners forced to watch the tortures and drownings, with Paulo among them. He heard his heroic son Antonio gasp, "Father, let us thank God for such a big blessing" before they drowned him, and he watched them suspend little Ignacio above the waves for a small eternity before they finally sunk the mutilated five-year-old to the bottom of the sea.

The 20 witnesses then took back their stripped-off clothes. Warning-signs had been sewn on them, threatening with grave punishment anyone who would dare give these Christians alms or shelter them.

Next, they cut the three middle fingers off each of their hands, branded the word CHRISTIAN on their foreheads and set them loose to fend for themselves: stark, horrific examples of the shogun's certain wrath to would-be believers. But rather than succumb to their misery, these stalwart Catholics went around preaching Christ fearlessly, urging apostates to return to the Faith. This was not the lesson that Matsukura Shigemasa had intended for the souls of Arima, so the 20 were eventually ordered back to his castle.

'Praised Be the Most Blessed Sacrament'

Finally, at dawn on Feb. 28, 1627, Paulo and 15 others were taken out of Shigemasa's dungeon to start their climb up Mount Unzen. Along the way, they sang hymns and recited the Creed, and when their guards stopped to rest, they knelt, made an Act of Contrition and prayed a Rosary. Finally, singing another hymn, they arrived at the "Hell" where they were to die. There the guards tied ropes around their necks for dunking them, as if they were not human beings but the merest meat for boiling. 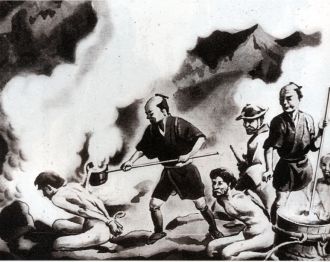 The first to die jumped into the boiling sulfur-water on the executioners' command. Paulo admonished the others to wait for Shigemasa's men to do the killing; faithful Catholics must not kill themselves. He kept on encouraging and guiding his fellow-Catholics through their martyrdoms, guiding them Heavenward, which infuriated Shigemasa's executioners. So they saved Paulo for the last, cruelest execution. They hung him upside-down by his feet and dunked him headfirst, yanking him out to see the result.

Paulo sang out, "Praised be the Most Blessed Sacrament!"

They dunked him again, maybe expecting better results this time, and pulled him out a second time. Again he prayed, "Praised be the Most Blessed Sacrament!" No whining, no squirming, no surrender to the Christ-hating shogun — only praise for the Conqueror of Death, until they plunged him in a third time, for good.

This was the stuff of which St. Francis Xavier had exulted on his first arriving in Japan on the Feast of the Assumption of 1549. Here was the good earth that bore fruit a hundredfold.

Eleven years later, Paulo's prayer would crown the flag of rebellion that would fly over Hara Castle, where 37,000 Catholics would shed their blood for Christ. (It had long been the flag of the Confraternity of the Blessed Sacrament.)

Those words of praise, joy and victory would soar over the Shimabara martyrs' final battleground while the Shogun's horde stamped out his fury — words that cannot be erased or silenced, singing through Japan's buried centuries of darkness; words flying high and ringing still: "Praised be the Most Blessed Sacrament."

We dare not shut our eyes, nor stop our ears.

Luke O'Hara became a Roman Catholic in Japan. His articles and books about Japan's martyrs can be found at his website.