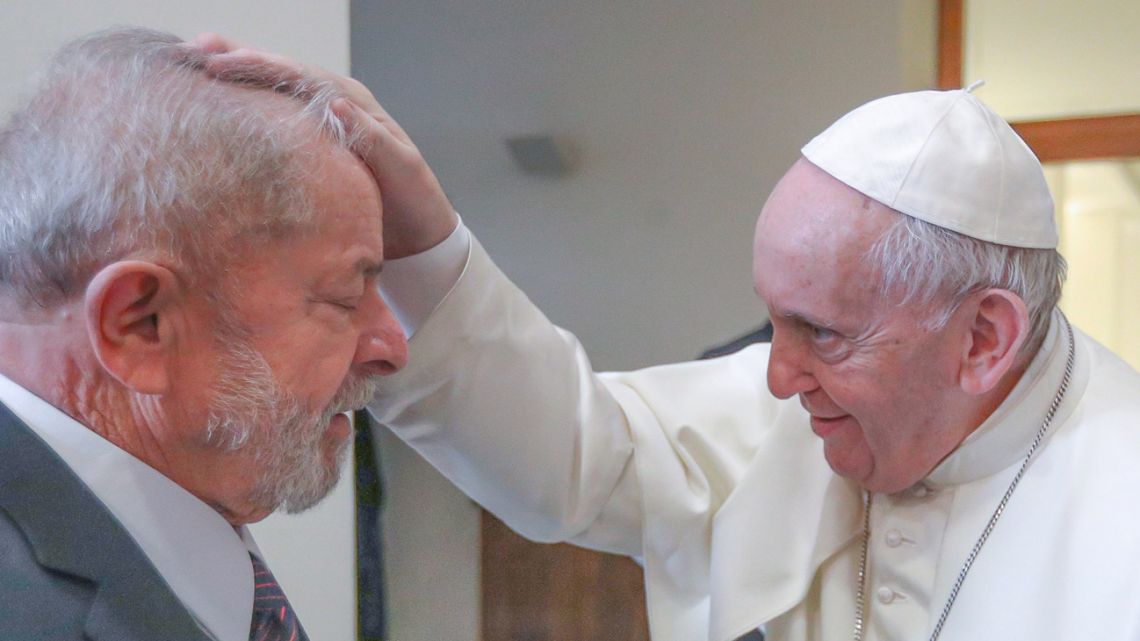 VATICAN CITY (ChurchMilitant.com) - A day after calling for "outrage" against injustice and evil in his papal exhortation Querida Amazonia, Pope Francis welcomed former Brazilian President Luiz Inácio Lula da Silva to the Vatican, bestowing on him a papal blessing.

The meeting, which lasted an hour at the pope's Santa Marta residence, was not listed in the Holy Father's official agenda. The Vatican issued no comment following the audience.

"Meeting with Pope Francis to talk about a more just and fraternal world," Lula tweeted, posting photographs of Pope Francis smiling while blessing the communist politician. 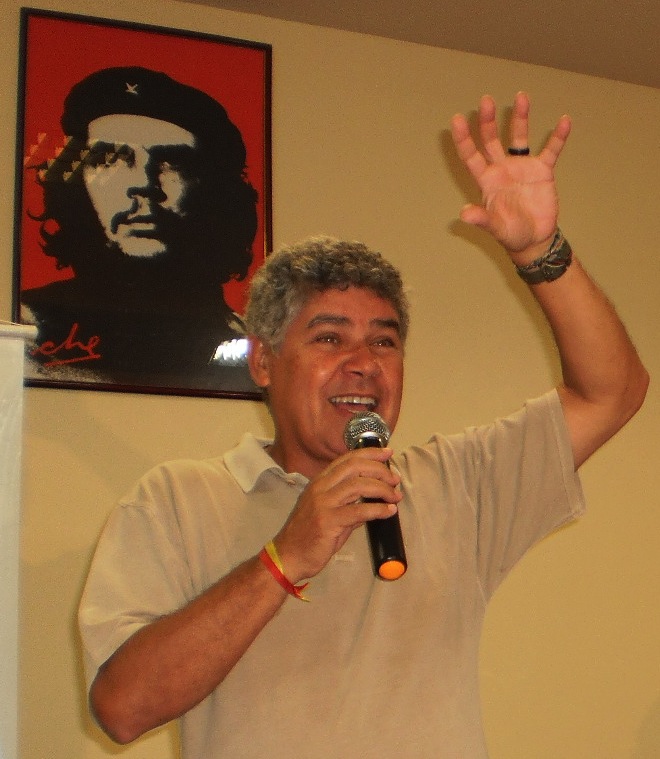 In April 2018, the Worker's Party (Partido dos Trabalhadores, or PT) leader was arrested and convicted to serve 12 years in jail for money laundering and disallowed from public office for 26 years.

Lula was released from jail in early November after 19 months in detention, when Brazil's Supreme Court ruled a person can be imprisoned only after all appeals have been exhausted. Later that month, a court upheld the corruption conviction and ruled his sentence should be raised by four years to 17 years.

Lula, who governed Brazil from 2003–2010, denies wrongdoing and says the corruption charges against him are politically motivated.

Argentina's socialist President Alberto Ángel Fernández, who met the Pope at the Vatican on Jan. 31 and was given Holy Communion with his concubine despite his pro-abortion stance, is reported to have facilitated the pope's meeting with Lula.

On Feb. 5, Lula tweeted: "I will visit Pope Francis to thank him not only for the solidarity he had with me in a difficult time, but above all for his dedication to the oppressed people. I also want to discuss the Brazilian experience in combating poverty."

The Brazilian liberation theology pioneer Leonardo Boff told Brasil de Fato that social inequality was one of the topics to be discussed in the meeting on Thursday. Pope Francis, Boff said, "wants to ask Lula how he managed to reduce inequality in Brazil."


Boff was disciplined and silenced for a year after he told then-Cdl. Joseph Ratzinger he didn't believe Jesus was God, but the Son of God. "If he is God, he could be the Holy Spirit or the Father," Boff told a shocked Ratzinger.

The New York Times underlined the Holy Father's affinity with communist politicians in its report on the Lula meeting: "Francis, the first pope from the Southern Hemisphere, has had close ties to leftist Latin American leaders, including Da Silva and former Bolivian President Evo Morales, who resigned the presidency in November after allegations of fraud in Bolivia's Oct. 20 presidential election."

Nothing sticks to Lula the Teflon president, who has been plagued by scandal after scandal.Tweet

The National Review also noted Pope Francis' silence on the oppressive socialist regimes in Nicaragua and Venezuela, despite the Catholic Church being "at the forefront of these protests" for "oppressed Nicaraguans and as a sanctuary for the persecuted."

Meanwhile, Church Militant has learned of the appointment of pro-abortion and pro-LGBT politician Chico Alencar to the Brazilian Commission for Justice and Peace (CBJP) — an organization linked to the National Conference of Bishops of Brazil (NCBB).

Alencar tweeted a cartoon of the meeting between Pope Francis and Lula, portraying conservative and pro-Trump Brazilian President Jair Bolsonaro as the devil. 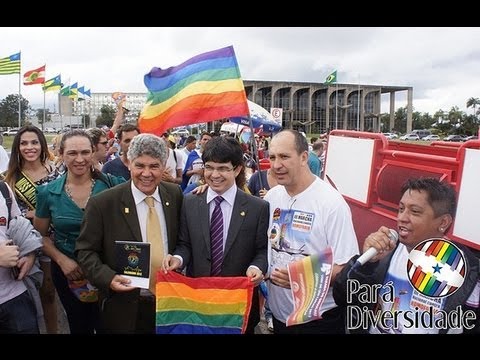 Chico Alencar at a pro-LGBT rally

Alencar bragged about his appointment: "New in 2020! I was invited by @CNBBNacional to join the Brazilian Commission for Justice and Peace, linked to Pope Francis, in Rome. The objective is to denounce human rights violations and cases of social injustice, acting in defense of democracy."

Father Jônatas Bragatto, chancellor of the Brazilian Monarchist Circle in the United Kingdom, told Church Militant that "Chico Alencar represents the worst type of political ideology in Brazil. His party is the major defender of abortion, homophobia laws against Christians, press censorship, and has also publicly defended people like President Maduro, Lenin and Stalin."

"CNBB has acted shamefully by giving voice and recognition to someone who is completely against the teachings of the Catholic Church," Bragatto lamented, drawing attention to the hypocrisy of the socialist leaders in Brazil who spoke about the poor but remained mired in "the muck of corruption."

David Fleischer, political analyst and emeritus professor at the University of Brasília, called Lula the "Teflon president," for even though plagued by scandal after scandal, "nothing sticks to Lula."

The pope was obliged, as a head of state, to invite all international leaders who ask to meet with him.Tweet 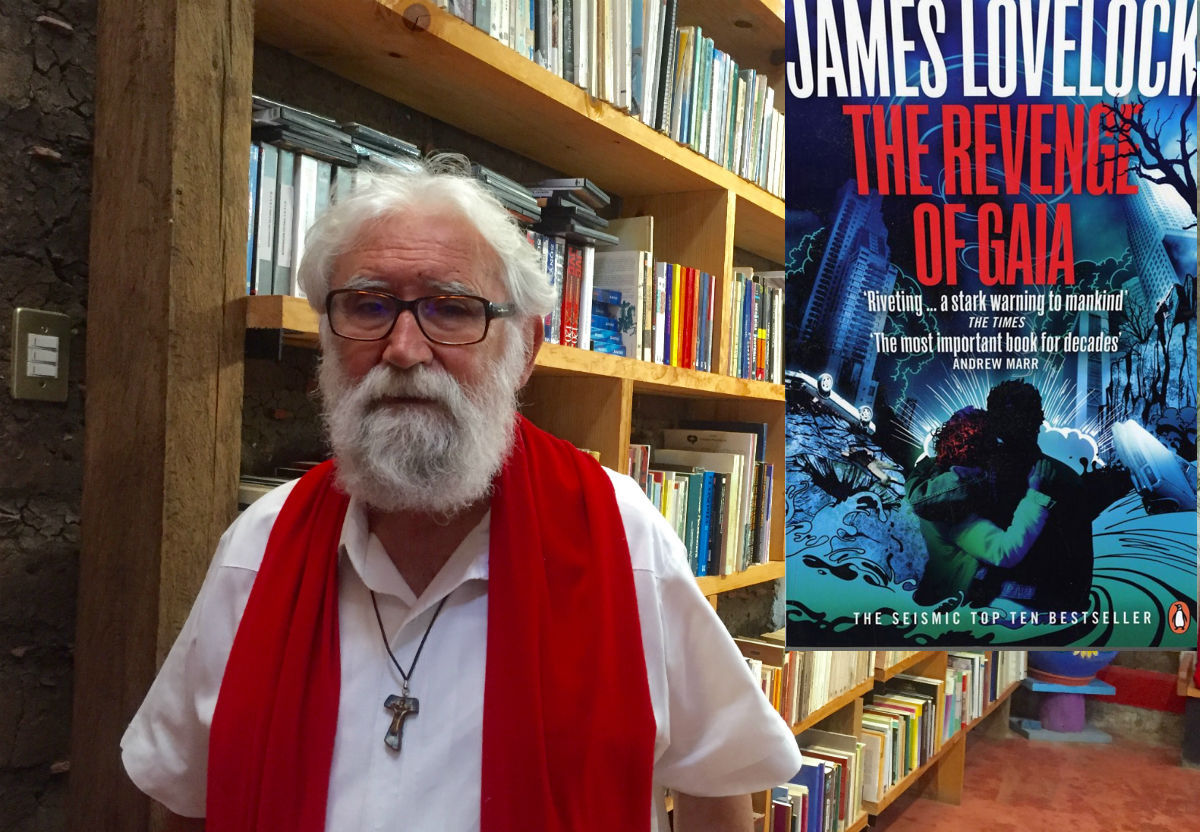 In 2016, Lula was accused of owning a three-story beach apartment to which improvements would have been made using money from Odebrecht.

Francisco Borba Ribeiro Neto, coordinator of the Center for Faith and Culture at the Pontifical Catholic University of São Paulo, defended Francis' meeting saying the pope was obliged, as a head of state, to invite all international leaders who ask to meet with him.

"If we consider that the pope is signaling that he believes in Lula's innocence because he will have a meeting with him, we would also have to think that he supports Bolsonaro's policies, given that he met with the first lady Michelle Bolsonaro in December. This is obviously illogical," he said.

However, Catholic lay theologian Jung Mo Sung, pointed out that Francis may be signaling his appreciation for the social policies which Lula applied in Brazil during his tenure as president, as Lula's "social policies made the economy grow."

In May 2019, Pope Francis wrote a personal letter to Lula, urging him to trust in Christ's resurrection, noting:

... thanks to Him we can pass from darkness to light; from the enslavement of this world to the freedom of the promised earth; from the sin that separates us from God and from the brothers to the friendship that unites us to Him; from unbelief and despair to the serene and profound joy of those who believe that, in the end, good will overcome evil, truth will overcome lies and salvation will overcome condemnation.

2 posted on 02/15/2020 10:08:17 AM PST by ebb tide (We have a rogue curia in Rome.)
[ Post Reply | Private Reply | To 1 | View Replies]
Meanwhile, Church Militant has learned of the appointment of pro-abortion and pro-LGBT politician Chico Alencar to the Brazilian Commission for Justice and Peace (CBJP) — an organization linked to the National Conference of Bishops of Brazil (NCBB).

Alencar tweeted a cartoon of the meeting between Pope Francis and Lula, portraying conservative and pro-Trump Brazilian President Jair Bolsonaro as the devil.