Jorge Mario Bergoglio's election as Pope has already triggered fierce debate about his past. Was Francis a helper of the Argentine military regime? No, says a Nobel Peace Prize. And rather that he was affirm the surviving relatives of a torture victim.

Speechlessness followed the cheers: With a simple "Buonasera" the new Pope Francis welcomed his flock in Rome - and made a joke about his origin "at the end of the world" . A rhetorical hit that was highly appreciated at the crowd. Even in his native Argentina enthusiasm and a party atmosphere prevailed. However, not among all.

"I can not believe it. I am so sad and so full of rage that I do not know what to do", the sister of the deceased priest and torture victim Orlando Yorio wrote in an email to the journalist Horacio Verbitsky. "Now he has achieved what he wanted."

Pope Francis said today that If you do not pray to God, you pray to the Devil. He also called SSM invented by the Prince of Lies. The forces of evil do not like to be called out. Expect major effort to discredit Pope Francis.

Chris, I think you and some others are going to regret this witch hunt.

And Benedict XVI was a Nazi. Right... [yawn] 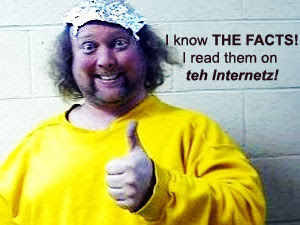 “No, says a Nobel Peace Prize. And rather that he was affirm the surviving relatives of a torture victim.”

Someone set up us the bomb.
Zig! For great Justice.

It could easily be a witch hunt, but what ever it is we need to hold on to the fact that Christ is the only one we can hang on to, every one who clings to anything or any one else is going to be disappointed or much worse, deceived.

Yes, good point. This may be a witch hunt, but then again, some people were saying 15 and 10 years ago that the sex abuse cases were witch hunts.

We have had Popes who were murderers before, so to say this is impossible because no Pope would do such a thing is wrong.

We have had Popes who were murderers before, so to say this is impossible because no Pope would do such a thing is wrong.


You got that right,it is and always has been the biggest political organization in the world, not that every thing they do is wrong, far from it, but it is also far from being God on earth, just my view.