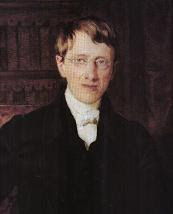 On the site of the Cause for John Henry Newman, they draw attention in their "Thought for the Day" for November 14th to Newman's 1831 sermon (given while yet an Anglican), "Ceremonies of the Church" -- later published in his Parochial and Plain Sermons.

While it was indeed written within his Anglican period, and thus contains some thoughts which are formed by that specific context, the sermon certainly contains much of broader relevance and is filled with many pertinent insights.

The entire sermon may be read here, but here are some substantial excerpts -- which also attempt to keep as much of the overall context of the piece as possible.

Sermon 7. Ceremonies of the Church


WHEN our Lord came to John to be baptized, He gave this reason for it, "Thus it becometh us to fulfil all righteousness;" which seems to mean, — "It is becoming in Me, the expected Christ, to conform in all respects to all the rites and ceremonies of Judaism, to everything hitherto accounted sacred and binding."

We have other instances in our Lord's history, besides those of His circumcision and baptism, to show the reverence with which He regarded the religion which He came to fulfil. St. Paul speaks of Him as "born of a woman, born under the Law," [Gal. iv. 4.] and it was His custom to observe that Law, like any other Jew. For instance, He went up for the feasts to Jerusalem; He sent the persons He had cured to the priests, to offer the sin-offering commanded by Moses; He paid the Temple-tax; and again, He attended as "a custom" the worship of the synagogue, though this had been introduced in an age long after Moses; and He even bade the multitudes obey the Scribes and Pharisees in all lawful things, as those who sat in Moses' place [Matt. xxiii. 2, 3.].

Such was our Saviour's dutiful attention to the religious system under which He was born...

Now from this obedience to the Jewish Law, enjoined and displayed by our Blessed Lord and His Apostles, we learn the great importance of retaining those religious forms to which we are accustomed, even though they are in themselves indifferent, or not of Divine origin; and, as this is a truth which is not well understood by the world at large, it may be of use to make some observations upon it.

We sometimes meet with men, who ask why we observe these or those ceremonies or practices; why, for example, we use Forms of prayer so cautiously and strictly? or why we persist in kneeling at the Sacrament of the Lord's Supper? why in bowing at the name of Jesus? or why in celebrating the public worship of God only in consecrated places? why we lay such stress upon these things? These, and many such questions may be asked, and all with this argument: "They are indifferent matters; we do not read of them in the Bible."

Now the direct answer to this objection is, that the Bible was never intended to enjoin us these things...

Religionists, for example, who give up the Church rites, are forced to recall the strict Judaical Sabbath. There is no such thing as abstract religion. When persons attempt to worship in this (what they call) more spiritual manner, they end, in fact, in not worshipping at all. This frequently happens. Every one may know it from his own experience of himself. Youths, for instance (and perhaps those who should know better than they), sometimes argue with themselves, "What is the need of praying statedly morning and evening? why use a form of words? why kneel? why cannot I pray in bed, or walking, or dressing?" they end in not praying at all. Again, what will the devotion of the country people be, if we strip religion of its external symbols, and bid them seek out and gaze upon the Invisible?

... who would say our bodies are not part of ourselves? We may apply the illustration; for in like manner the forms of devotion are parts of devotion. Who can in practice separate his view of body and spirit? for example, what a friend would he be to us who should treat us ill, or deny us food, or imprison us; and say, after all, that it was our body he ill-treated, and not our soul? Even so, no one can really respect religion, and insult its forms. Granting that the forms are not immediately from God, still long use has made them divine to us; for the spirit of religion has so penetrated and quickened them, that to destroy them is, in respect to the multitude of men, to unsettle and dislodge the religious principle itself. In most minds usage has so identified them with the notion of religion, that the one cannot be extirpated without the other. Their faith will not bear transplanting. [...] Consider the sudden changes in opinion and profession, religious or secular, which occur in life, the proverbial fickleness of the multitude, the influence of watchwords and badges upon the fortunes of political parties, the surprising falls which sometimes overtake well-meaning and really respectable men, the inconsistencies of even the holiest and most perfect, and you will have some insight into the danger of practising on the externals of faith and devotion. Precious doctrines are strung, like jewels, upon slender threads.

Much might be said on this subject, which is a very important one. In these times especially, we should be on our guard against those who hope, by inducing us to lay aside our forms, at length to make us lay aside our Christian hope altogether. This is why the Church itself is attacked, because it is the living form, the visible body of religion; and shrewd men know that when it goes, religion will go too. This is why they rail at so many usages as superstitious; or propose alterations and changes, a measure especially calculated to shake the faith of the multitude. Recollect, then, that things indifferent in themselves become important to us when we are used to them. The services and ordinances of the Church are the outward form in which religion has been for ages represented to the world, and has ever been known to us. Places consecrated to God's honour, clergy carefully set apart for His service, the Lord's-day piously observed, the public forms of prayer, the decencies of worship, these things, viewed as a whole, are sacred relatively to us, even if they were not, as they are, divinely sanctioned. Rites which the Church has appointed, and with reason,—for the Church's authority is from Christ, — being long used, cannot be disused without harm to our souls.

Therefore, when profane persons scoff at our forms, let us argue with ourselves thus—and it is an argument which all men, learned or unlearned, can enter into: "These forms, even were they of mere human origin (which learned men say is not the case, but even if they were), are at least of as spiritual and edifying a character as the rites of Judaism. Yet Christ and His Apostles did not even suffer these latter to be irreverently treated or suddenly discarded. Much less may we suffer it in the case of our own; lest, stripping off from us the badges of our profession, we forget there is a faith for us to maintain, and a world of sinners to be eschewed."

English-speaking-Catholics-would-be-at-such-a-loss-without-him ping! (not being sarcastic, really)