A growing number of Americans don't want to see US President George W. Bush re-elected next year, and fear US troops will be drawn into a long, costly occupation of Iraq, according to a Newsweek poll.

For the first time the poll has found that more registered voters -- 49 percent -- would not want Bush to return for a second term in office if the elections were now, compared with 44 percent who would.

Only 23 percent said terrorism and homeland security would be the most important issues for them in the November 2004 election, compared with 48 percent who said deciding factors for them now would be the economy and jobs.

Meanwhile, 69 percent are now convinced the United States will become bogged down in Iraq, without achieving ostensible goals in getting the country back on its feet.

Some 40 percent of them are now "very concerned" US troops will be there for the long-haul.

A majority also fears that US forces will be overextended in the event of a security threat elsewhere, according to the poll in the latest edition of Newsweek -- 29 percent very concerned and 30 percent somewhat concerned.

Americans also think that reconstruction costs in Iraq are too high at one billion dollars per week -- 66 percent said they do not support such spending, compared with 34 percent who said they support current spending levels.

And 53 percent said they would oppose an increase to the figure being spent, with only seven percent not opposed to an increase.

Almost half of people polled -- 47 percent -- said they were very concerned that maintaining troops in Iraq is too expensive and will cause a higher budget deficit, seriously damaging the US economy.

Despite some indications the US president's popularity is on the wane, a majority still approves of the way Bush is handling his job. Some 53 percent supported him compared with 36 who did not, with 11 unsure.

In a Newsweek poll released a month ago, 49 percent said they would like to see Bush re-elected compared with 43 percent who would not.

Voters said they prefered Republican President Bush's stance for dealing with terrorists than what they have seen so far from leading figures among the Democrats.

Some 57 percent said they prefered Bush's position on terrorism to 21 who prefered the Democrats. But 45 percent felt the Democrats had more to offer on stimulating the economy, compared with 36 percent who thought Bush had a better approach.

The survey was taken between August 21-22 on some 1,011 adults aged 18 and above. The poll has a plus or minus three percent error margin.

TOPICS: Front Page News; Politics/Elections
KEYWORDS: britain; electionpresident; polls; presidentbushlist; publicopinionlist Navigation: use the links below to view more comments.
first previous 1-20, 21-40, 41-60, 61-80 ... 181 next last
To: Brian S
Hang tight Brian....... Lots of water to go under the bridge before the electorate will choose one of the following, imo...... 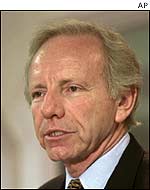 To: Burkeman1
I would be interesting to see the numbers on his father at the same point in his first term. I think at one point Bush I had approval ratings as high as 85 percent after the first gulf war and then they dropped. How far and how fast is the question? The economy is anemic and may or may not be getting better.

There are two very big differences between Bushes 41 and 43 when it comes to public approval. First, Dubya hasn't said and then broken a "no new taxes" pledge. People were very angry that Bush 41 raised their taxes, and many never forgave him. Second, two words: Ross Perot. He insured that Clinton was elected with a mere 43% of the vote.

There obviously is a lot of uninformed or misinformed Americans out there if this is the case.

I however don't believe the poll tally, but only time will tell.

I'm a proponent of Dubya's re-election and am lacking concern to this date as to that not becoming a reality in '04.

Yeah, they intend to raise taxes so that the unemployed don't have to suffer. And they are also going to pay the terrorists so they won't attack us. UTOPIA!!!

Otherwise; a sad statement about the 'informed' American public. . .

. . .as for the question, 'are we better off' that they like to throw around. . .no matter how bad it might seem to these folks; the alternatives would already be the worst hell with a Democrat in the White House.

You didn't miss anything. The results are actually proof that the vast majority of the public is not paying the slightest attention to political issues this early (and probably won't for another entire year), and are pretty much pulling their opinions out of their asses. The 45-36 number is just the public saying "Well, Bush is president and the economy's not currently booming, thus the Other Side's approach is probably worth trying." If you were to ask them just exactly how the RATS had "more to offer," their brains would explode.

All indications have it that he is going to run.

Plug "Nader" into the FR search engine and there are some articles supporting that indication.

All good Freepers should contact ole Ralph and encourage him on... :)

The democrats prove how hopelessly out of touch they are, when they realistically have no chance to win an election in a crappy economy, recovery or not.

34 posted on 08/23/2003 4:56:29 PM PDT by dogbyte12 (Let's Outsource CEO's to the Third World)
[ Post Reply | Private Reply | To 30 | View Replies]
To: Brian S
If Bush would just make decisions based on focus group opionions this would never happen. He needs to quit being a leader and making hard choices to keep us safe.

I am always amazed at how quickly many Americans forget our Sept.11th wake up call. I do wish there were more administration officials out talking about the tremendous accomplishments in Iraq to help counteract the doom and gloom news coverage, but trying to make a serious dent in terrorism with very little help from the rest of the world (minus our Iraq coalition partners) is going to come at a cost. The cost of doing little or asking our soldiers to give up in Iraq is going to exact a terrible price we might not recover from very easily if at all.

Well, just to play Devil's Advocate, I assume the liberals would say that they've gone to the Oil Company Executives, which is why we can liberate Iraq and four months later get record high gas prices.

To: Brian S
What really bothers me in all these polls is the low percentage of people who do not consider terrorism/homeland defense a major issue...that scares me, people have become to complacent...don't they realize that if it wasn't for Bush, we probably would have been attacked again.

I know people vote with their pocketbooks, but if you don't have security, nothing else matters.
38 posted on 08/23/2003 4:59:35 PM PDT by mystery-ak (The War is not over for me until my hubby's boots hit U.S. soil.)
[ Post Reply | Private Reply | To 1 | View Replies]
To: Brian S
Nearly half of Americans wouldn't vote for Bush again

For the first time the poll has found that more registered voters -- 49 percent -- would not want Bush to return for a second term in office if the elections were now, compared with 44 percent who would.

The survey was taken between August 21-22 on some 1,011 adults aged 18 and above. The poll has a plus or minus three percent error margin.

The headline is deliberately misleading. There is nothing in the article which claims that ANY of the people they surveyed had ever voted for Bush, yet the headline very clearly includes the word "again", suggesting that those polled had been Bush voters.

This isn't polling, nor reporting, but political fraud. I despise those who lie to me, and do not trust them.

The unattributed author(s) of this hit piece are nothing more than Democratic operatives, and lying scum, as most Democrats are.

Oh yea the party (Democratic) that is eventually going to change their title for they are on the brink of extinction. They will always be a political force however they must realize by now that using that title will get them nowhere.