Senators claim they have a bipartisan immigration reform DEAL - where two million 'Dreamers' would be protected, asylum seekers will be processed quickly and those who don't qualify will be removed
Daily Mail ^ | 12/06/2022 | MORGAN PHILLIPS

North Carolina Republican Thom Tillis and Arizona Democrat Kyrsten Sinema have reportedly reached a framework deal on immigration reform they would like to push through in the lame duck session before Republicans take the House in January.

The deal would include a pathway to citizenship for two million Dreamers, or DACA recipients who were brought to the U.S. as children, resources to speed up asylum processing and removal of those who do not qualify, more funding for border officers, and a one-year extension of Title 42 until new processing centers are up and running, according to the Washington Post.

The deal concedes the pathway to citizenship and beefed-up due process rights for some immigrants to make Democrats happy and faster removal and strengthened border security for Republicans, though it's not clear if 10 will be on board in the Senate.

The deal would need to make it through both the House and the Senate before the end of December. Come January, Republicans will take the House, and Minority Leader Kevin McCarthy, who is running for speaker, has already vowed not to take up immigration reform until he deems the border secure.

Republicans to his right are even less friendly to such a deal.

'This is a terrible deal that should be a non-starter in the House,' Matt Tragesser, communications director to Rep. Andy Biggs, co-chair of the Border Security Caucus, told DailyMail.com. 'Congressman Biggs does not support an amnesty of any kind.'

Per the deal, asylum processing facilities would serve as detention centers and more lawyers would be on hand to defend immigrants. But if migrants fail to establish a 'credible fear' in their initial interview, they would be removed more quickly.

It's also not clear if 50 Democrats in the Senate would even support the bill.

Whatever it is they are seeking “asylum” from, they’re just going to bring it here when they settle in.

May as well put up a “Clearance Sale. America Going Out of Business. Everything Must Go.”

Any further signs will be in Chinese.

If this report is true, it is amnesty without border security. The left’s wet dream. If true, Thom Tillis is garbage.

Another Stealth Leftist showing his true colors by collaborating with a Leftist Dem. What is the point of the “Republican” party?

Exactly how Stupid do they think we are, removed...... LOL, never happen! Law suit being drafted as I read the article to prevent the removal after law passes.

If not murdered, natural born are haters. Illegal immigrants are Dreamers.

The Country has a nasty Rat infestation

Such a “deal” assumes that the executive branch (currently the Biden cabal) would enforce the law and actually deport people. Bad assumption. The Biden cabal already ignores existing immigration law with impunity. It will just do whatever it wants. Moral: When you lose an election or allow it to be stolen, you really lose.

.....and will be registered to vote

Rhinorats. This is the death of America. Just another third world s hole. The way Obama said he wanted it.

Not just register. They will actually vote. Each and every one of them will be tracked and harvesters will show up wherever they are to have them sign and then collect their ballots. Welcome to electioneering in the 2020s. As far as Democrats are concerned GoTV has been replaced by track and collect. And boy are they having success with it. No need to campaign. No need to debate. Just stay home and win elections.

When you make a deal with the devil the devil wins.

How about enforcing the laws as written instead making new unenforceable laws.

Lies. Anything the Turtle thinks he gets will be reneged on.

The uniparty wins, and the country loses, onces again.

No check on citizenship. Racist, you know.

Of course Mittens is involved in this betrayal.

At least they have a military ready to defend freedom from an illegitimate communist “leader.” 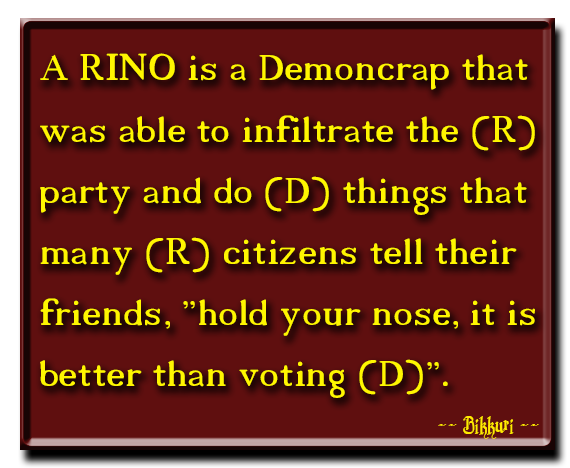