The person accused of massacring five people in a Colorado Springs LGBTQ nightclub was badly battered and covered in bruises from the rampage in new mugshots released Wednesday — after appearing visibly dazed in court.

Anderson Lee Aldrich, 22 — who identifies as nonbinary and uses the pronouns they/them — was seen with huge patches of discoloration on their face and neck in the mugshots after they were subdued by two bystanders in the middle of the alleged attack at a Colorado Springs LGBTQ nightclub on Saturday.

Aldrich was ordered held without bond at their first court appearance Wednesday, where they sported a beard and appeared cuffed and slouched in a chair during the video hearing, with their head slumped and resting on their shoulder as if asleep.

Aldrich, who appeared bloodied and bruised, sat nearly motionless during the five-minute hearing and only spoke when prompted by two public defenders at their side in El Paso County Jail.

“Anderson Aldrich, did you watch the video concerning your constitutional rights in this case?” the judge asked.

“Yes,” Aldrich replied in a whisper after a lengthy pause. 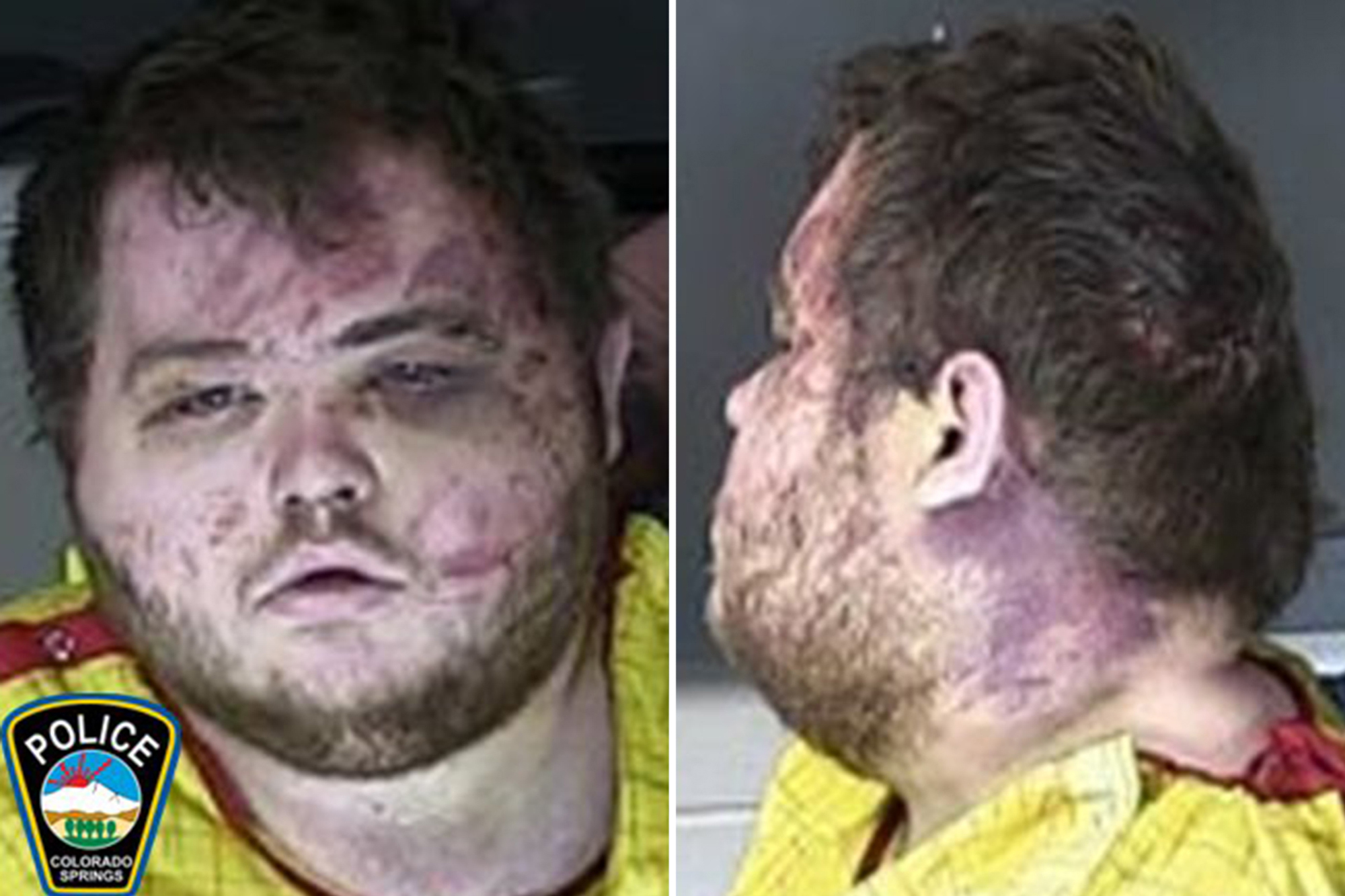 "Stomped by trans patron in flats" wouldn't have the same ring.

He’s so non-binary, I can’t decide if he’s a girl or not.

The crazy fag is very lucky one of those stilettos didn’t take one or both of his eyes out.

But was this binary fruitcake vaccinated? Asking for a friend.

He identifies as a bloody blimp

When he learned his son had shot up a gay bar, his greatest concern was that his son might be gay.

The Colorado shooter’s dad on finding out his son murdered people:

Putting aside the psycho demoniac murderer, this so-called “journalist” has written an unreadable, nonsensical report by spending so much effort on those lunatic, wrong pronouns. FOOLISH AND EVIL.

They were upset that not only women rejected them, but even the men who would might stick it in a doughnut hole.

You beat me to it.

Ya know, New York Post, just because a murderer ‘uses’ ‘preferred pronouns’ doesn’t mean you have to reinforce their delusions by going along with the delusion.

Although if you wanted to call it, an “it”. I could go along with that idea.

What the hell planet did I get off on?

The judge uses "his", but the leftist enemedia (including Fox News) use the murderer's preferred pronouns when referring to Aldrich in news reports.