The Navy commander of a joint military base in Hawaii where thousands were poisoned by water contaminated during a massive fuel leak was recently awarded the Legion of Merit upon retirement.

Capt. Erik Spitzer, formerly the commander of Joint Base Pearl Harbor-Hickam, was relieved of command on June 14 by Capt. Mark Sohaney, according to photos released by the Navy. Spitzer was criticized in the midst of the water crisis for providing conflicting guidance that residents’ water was safe in the days after the fuel leak. But during the change of command ceremony, Spitzer was awarded the Legion of Merit Award, which is awarded to service members “for exceptionally outstanding conduct in the performance of meritorious service to the United States.” His award citation praised his response to the leak at the Red Hill fuel storage facility and says his role led to the “expeditious restoration of clean water.”

The Navy did not respond to questions about if Spitzer, or any other Navy officials, were reprimanded for their roles in the crisis.

Spitzer retired in June, according to The Washington Post, but less than a year before that he was one of the many Navy officials overseeing the service’s response to a significant water contamination crisis. On Nov. 20, 2021, tens of thousands of gallons of fuel spilled from a low point drain valve, where it had drained after a previous mishandled spill in May. While the majority of the almost 20,000 gallons of fuel were recovered after the leak in November, roughly 5,500 gallons were not.

Some of that unrecovered fuel is believed to have contaminated the base’s water supply, making its way into military families’ drinking water. Residents reported various health effects from the water, including hair loss, headaches, nausea, skin rashes, and stomach pains. In one town hall with Navy leadership, a woman shared emotional testimony about her family’s beloved dog, which she said had to be put down due to health complications believed to be from the contaminated water.

Navy leaders and officials were criticized for providing conflicting information and not acting proactively enough in their communication with residents. One such instance came on Nov. 29 — a day after people began complaining of their water’s smell and appearance — when Spitzer told residents of Pearl Harbor-Hickam that the water was safe to drink.

“I can tell you at this point that there are no immediate indications that the water is not safe,” Spitzer said. “My staff and I are drinking the water on base this morning, and many of my team live in housing and drink and use the water as well. … We have not recommended any schools be closed, and we have not sent out any notifications telling people to not use the water.”

The next day, however, the Hawaii Department of Health urged “all Navy water system users” to “avoid using the water for drinking, cooking, or oral hygiene.” It was one of the more confusing moments for families who were trying to figure out what to do and what information to trust. An internal Navy investigation released last week acknowledged that Spitzer’s message to residents was one of four “key friction points” that negatively impacted the public’s trust in the Navy.

“This immediate turn around in messaging, along with the report three days later that the Red Hill well was secured prior to the CO’s message to families, combined to hurt public trust,” the Navy’s investigation found.

Spitzer later apologized for causing confusion, saying his words were “not the compassionate and validating words I wish were used, and I regret I did not tell our families not to drink the water.” The Navy’s own investigation concluded that deficiencies at the Red Hill facility during the fuel leaks “endured due to seams in accountability and a failure to learn from prior incidents that falls unacceptably short of Navy standards for leadership, ownership, and the safeguarding of our communities.”

Nevertheless, in June, Spitzer received the Legion of Merit Award. His award citation commends him for “exceptionally meritorious conduct,” and says his response to the “water contamination incident resulted in the expeditious restoration of clean water throughout the community.”

Army Maj. Mandy Feindt, one of the residents whose water was contaminated by the fuel spill and whose children ended up in the hospital because of suspected exposure to contamination, said Spitzer’s award was a “huge slap in the face.”

“It’s just wrong in every sense of the word,” she said.

Watch the short video at this tweet to see the fuel leak that led to the contamination of the water supply that poisoned thousands of people:

The REMFs thumb their noses at the entire nation. They are only good at one function.... taking care of REMFs.

3 posted on 07/07/2022 3:01:38 PM PDT by Seruzawa ("The Political left is the Garden of Eden of incompetence" - Marx the Smarter (Groucho))
[ Post Reply | Private Reply | To 1 | View Replies]
To: Mount Athos
Are these the same people who recommended the Biden domestic enemy occupation give the Medal of Freedom to mega-dyke Megan Rapinoe because she kneeled during the national anthem? 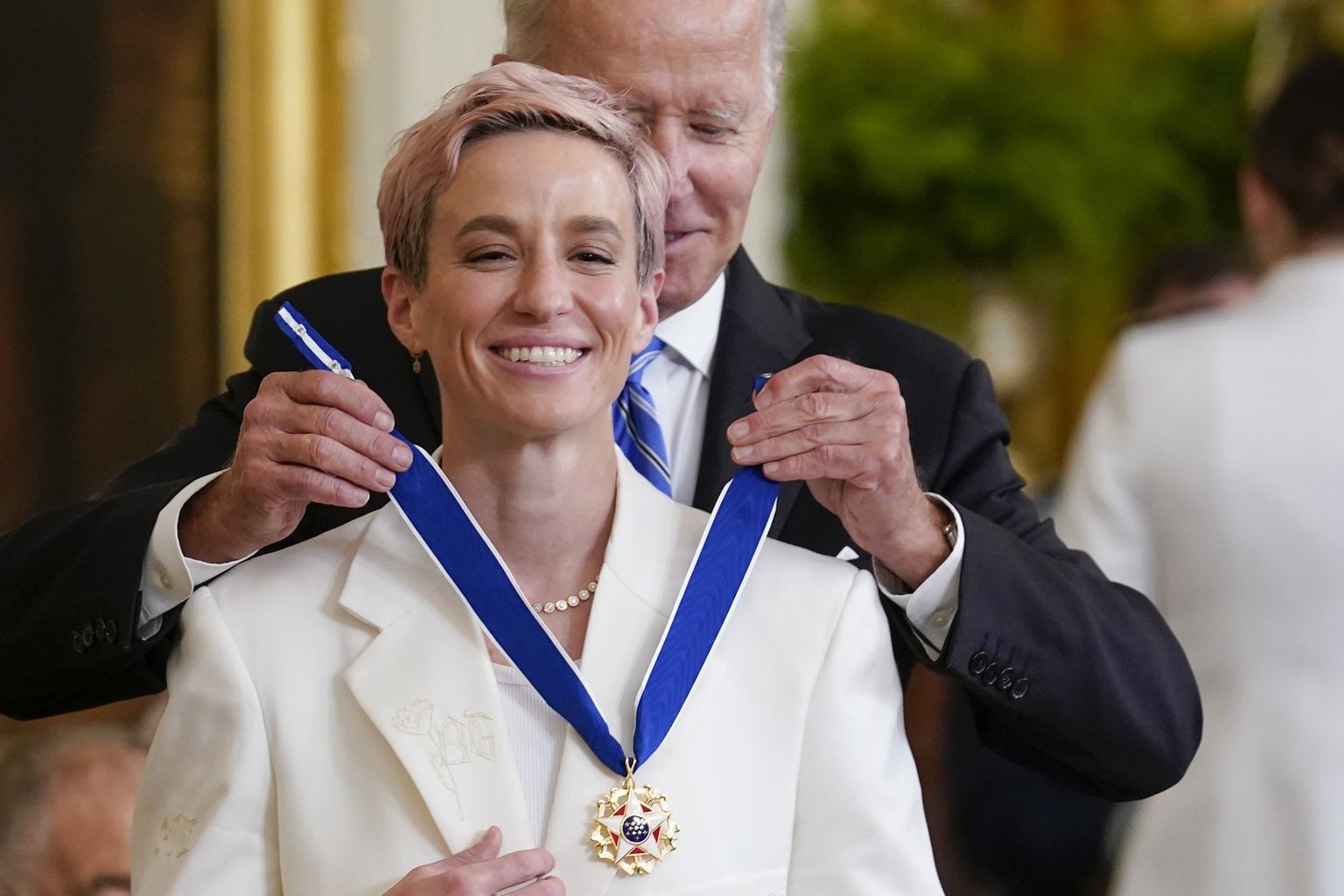 The Legion of Merit (LOM) is a military award of the United States Armed Forces that is given for exceptionally meritorious conduct in the performance of outstanding services and achievements.

Misuse of word “poisoned”, which means something that kills no matter how tiny the dose.

I’d have thought that an officer commanding that kind of installation would have been more higher ranking than a Captain.

WTH is wrong with people nowadays. No decency, no morals, total degeneracy, everybody out for themselves. A demonic spirit has descended upon the USA. Let us pray that the overturn of Roe will bring God’s mercy upon us.

Captain is a high rank!

Same rank as Colonel in the Army.

Sh*t on your country, get a medal of freedom...

“A captain?”
How does any adult not know that a Navy Captain rank is not the name equivalent to the same rank in the other services?

Maybe at one time but now it’s only a punch on the ol’ ticket.

The world 🌎🌍 is preparing to receive him.

There will be a surprise...

Godless world 🌎🌍, get ready for a surprise

16 posted on 07/07/2022 3:42:07 PM PDT by SaveFerris (The Lord, The Christ and The Messiah: Jesus Christ of Nazareth - http://www.BiblicalJesusChrist.Com/)
[ Post Reply | Private Reply | To 9 | View Replies]
To: GrandJediMasterYoda
These medals mean NOTHING since SHE got one today!!

DEMOCRATS HATE THIS COUNTRY, yet LOVE all they can squeeze out of it!

All I see is repeats of “believed to be” from the contaminated water. Is there any actual proof that he knew better and lied? Was the commander told by a usually reliable source that it was safe? Is the commander qualified to test and approve the water?

(A demonic spirit has descended upon the USA.)

Correct. And the West is exporting decadence with its culture.

Meanwhile, the winds of world war are blowing.

3 For when they shall say, Peace and safety; then sudden destruction cometh upon them, as travail upon a woman with child; and they shall not escape.