Walworth DA: No Charges For Kenosha Rioter Who Intimidated Witness Minutes Before Trial 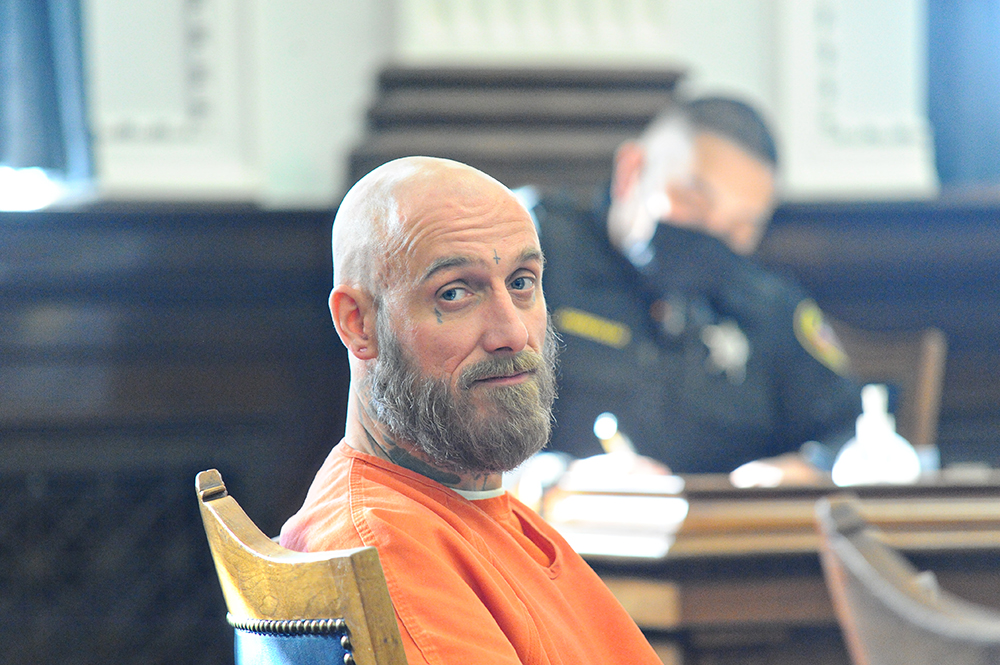 Police and prosecutors say Joshua Ziminski and his wife Kelly participated in, and filmed, themselves rioting during the Kenosha riots of 2020. Joshua lit a trailer on fire and shot a gun seconds before Kyle Rittenhouse would shoot and kill convicted pedophile Joseph Rosenbaum. In Kenosha, shooting guns near people is almost always charged as serious felonies. Even if Ziminski shot in the air as he says, it can still be deadly. On July 4, 2022 a teenage girl was shot in the foot while watching the fireworks by someone shooting a gun into the air in Kenosha. The old saying goes, “what goes up, must come down.” Kenosha DA Mike Graveley is a progressive, pro-BLM activist prosecutor so he only charged Ziminski with Disorderly conduct for the shooting. He also charged Ziminski with one count of arson. This charge only came after mounting public pressure. 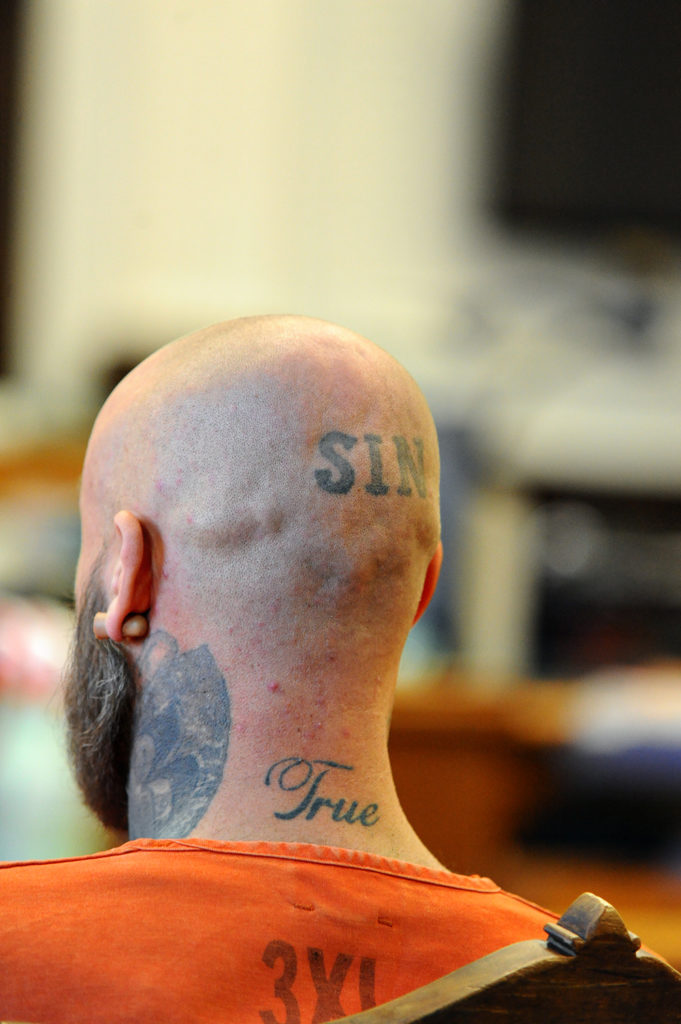 On January 31, 2022 when Ziminski was posed to stand trial for his part in the August, 2020 rioting, Ziminski was captured on video and witnessed by three people yelling at a witness in his trial on the courthouse steps. With an upside down crucifix tattooed on his forehead and the word “SIN” on his head, it isn’t hard to imagine being yelled at by a man like Ziminski could be intimidating. Judge Bruce Schroeder was told about the incident and ordered deputies to take Ziminski into custody. He raised his bond by $13,000. ADA T. Clair Binger asked the Kenosha Sheriff to investigate and report their findings to him. The Sheriff’s department asked Graveley to charge Ziminski with Intimidation of a Witness via a “summons request.” Binger and Graveley took no action on the request for months. 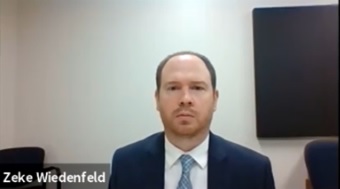 On April 20, 2022, KCE followed up with DA Graveley to ask if he had made a charging decision. He told the victim in the case that it was forwarded to the Walworth County DA, Zeke Wiedenfeld on February 22, 2022. KCE then asked the Circuit Court for a copy of the special prosecutor assignment. Circuit Court Clerk Becky Matoska told us there was no such document. DA Graveley then told us he “forgot” to send the case to Walworth in February and now did. We reached out to the Walworth DA on June 22, 2022 and he told us the case “was still under review”, even though the next day, he mailed out a letter with his decision. In DA Wiedenfeld’s letter, he CC’d the wrong police department, signalling he never read the materials he was provided. Again, it seems like Graveley had Zeke bury a case for him. Here are some other cases Wiedenfeld buried for Graveley:

In a document dated June 23, 2022 leaked to KCE, Walworth County DA Zeke Wiedenfeld wrote that “…it has been determined that criminal charges will not be brought [for Ziminski].” We asked Wiedenfeld why he was not issuing charges at the request of Graveley and he didn’t respond. Ziminski’s trial is tentatively scheduled for August 8, but it is uncertain. Judge Schroeder is on medical leave for an accident. At last night’s County Board Meeting, Supervisor Zach Rodriguez reported that he and County Board Chairman Gabe Nudo visited Schroeder and reported he is doing well, in good spirits, and eager to get back to work.

June 15, 2022 Traffic Stop Ziminski and Wife Busted For Driving With Kids Not Buckled In

On June 15, 2022, Kelly was driving in Racine while a shirtless Joshua was riding shotgun. Their four kids were in the back seat and at least one had no seat-belt and at least one had no car seat. Kelly was allegedly driving 43 in a 30 zone. They were pulled over by a Racine County Deputy who seemed very calm and polite. The Ziminski’s escalated the traffic stop by shouting profanities and anti-police language. The Deputy asked for backup. The Ziminski’s talked themselves into four tickets, including one each for violation of child safety restraints. Kelly was also cited for suspended plates and excessive window tinting. See below body-cam of the stop.

Looks like Soros is getting his money’s worth out of this POS.

Face and neck tattoos seem to be flagging blazing red these days...🧐

Our “justice” system is irretrievably compromised.

“Portrait of a Brown Shirt”

If he was a Trumper, he’d be lambasted by media as a ‘white supremacist’.

Hey, if a far lefty city can oust their own elected far-left DA, it can happen in Kenosha too.

Vote the bastards out.

If he were a Trumper, he’d be locked up, no bail, in solitary, no visitors and beaten senseless by African guards.

IOW, he’d get the same treatment as the Jan.6-ers.

The DA is a Republican?

Hmm, apparently if one is a liberal even witness intimidation and tampering is legal now.

Make that a Rino aka democrat mole.

How I’d love to see a paper trail tying Soros to these freaks.

You are not alone.

If Trump were paying people to riot on the streets, loot,
burn down businesses, declare autonomous zones...

We’d know in under half an hour how the paper trail worked.

I am more than certain that Adam Schiff already has it. Care to bet?

And Trump didn’t even do it, but I’m pretty sure you’re right.

The DA is a far-left Democrat.

The Walworth County DA is a Republican!

This website says Zeke Wiedenfeldt, the DA in Walworth County is a Republican.

Seems he is complicit with the far left DA, Graveley in Kenosha County.