The Navy has issued letters of censure to three Marine and two Navy officers in connection with the sinking of an amphibious assault vehicle off the Southern California coast in 2020 that killed eight Marines and a sailor.

Navy Secretary Carlos Del Toro, in a statement Monday, faulted the officers for "inadequate leadership and execution of their oversight duties." Censure letters are put in service members' personnel files and are often career-ending for military officers, usually preventing them from further promotion or other progress.

A Marine Corps investigation found that inadequate training, shabby maintenance and poor judgment by leaders led to the July 30, 2020, sinking of the amphibious assault vehicle in one of the deadliest Marine training accidents in decades.

The vehicle - a kind of seafaring tank - had 16 people aboard when it sank rapidly in 385 feet (117 meters) of water off the coast of San Clemente Island. Seven Marines were rescued as the vessel was returning to a Navy ship on a training exercise.

Del Toro said Lt. Gen. Joseph Osterman, who was commander of the 1st Marine Expeditionary Force, failed to recognize and address the risks of the exercise, including training and safety failures. He said Osterman, who is now retired, also didn't recognize the impact of COVID-19 on the exercise, which forced commanders to adjust the timing and compress the schedule.

Del Toro said Col. Christopher Bronzi, who was serving as commander of the 15th Marine Expeditionary Unit, either knew or should have known that pre-deployment waterborne training was not finished and that the amphibious vehicles were "in a degraded state of readiness."

"The investigations revealed critical safety measures were not implemented during the mishap," said Del Toro. "Accountability for these failures rests with you."

In a letter of censure to Navy Capt. Stewart Bateshansky, Del Toro pointed to "gaps and seams" in the planning of the exercise. He said that while Bateshansky, who was commander of the amphibious task force for the exercise, reduced the complexity of the planned event, his instructions to subordinate commanders weren't clear about the ability to abort or delay the launch from the beach.

Navy Capt. John Kurtz, who was the commanding officer on the USS Somerset, was censured for failing to ensure the safe operation of the amphibious vehicles.

Del Toro said that while "the investigation did not establish that any of USS Somerset's actions or inactions caused the sinking," he said that Kurtz' crew "was poorly informed of the risks and measures required" for safe operation of the amphibious vehicles.

He said Lt. Col. Keith Brenize, who was the commander of the 3rd Assault Amphibian Battalion, failed to ensure that the platoon was trained for the deployment and that the vehicles were operationally sound. "While no single decision or act led to this mishap, your decisions and acts set the conditions for this mishap to occur," Del Toro said.

Eric Dubin, lawyer for the families of seven of the troops killed, said in a statement that his clients were glad to see the military taking action against the leadership involved.

"We are pleased the military continues to investigate this deadly tragedy and find accountability and answers," Dubin said in a statement. But he added, "unfortunately our clients are stuck behind the roadblock that is the Feres Doctrine," referring to the legal theory that dictates that troops cannot sue the federal government for injuries sustained while serving in the military, with the exception of medical malpractice cases.

The Marines use the amphibious vehicles to transport troops and their equipment from Navy ships to land. The armored vehicles outfitted with machine guns and grenade launchers look like tanks as they roll ashore for beach attacks, with Marines pouring out of them to take up positions.

TOPICS: News/Current Events
KEYWORDS: marines; navy; sanclementeisland; usmc; usnavy Navigation: use the links below to view more comments.
first 1-20, 21-26 next last
Censure letters are put in service members' personnel files and are often career-ending for military officers, usually preventing them from further promotion or other progress.

I assume you use them to storm beaches...like Iwo Jima.

I live and fish over the ocean. They sent those machines and people out into 25+ knots of wind and big swells. Sent them to their deaths. RIP soldiers.

Wonder if they would have fired Ike for this?

I’m guessing from the term, “Tank,” being used that it wasn’t an LCU.

LCUs and LCACs are a pain to park in the welldeck.

Is this what the military is coming to? A lack of training for personnel, poor vehicle maintenance and poor planning by personnel with stars on their shoulders. 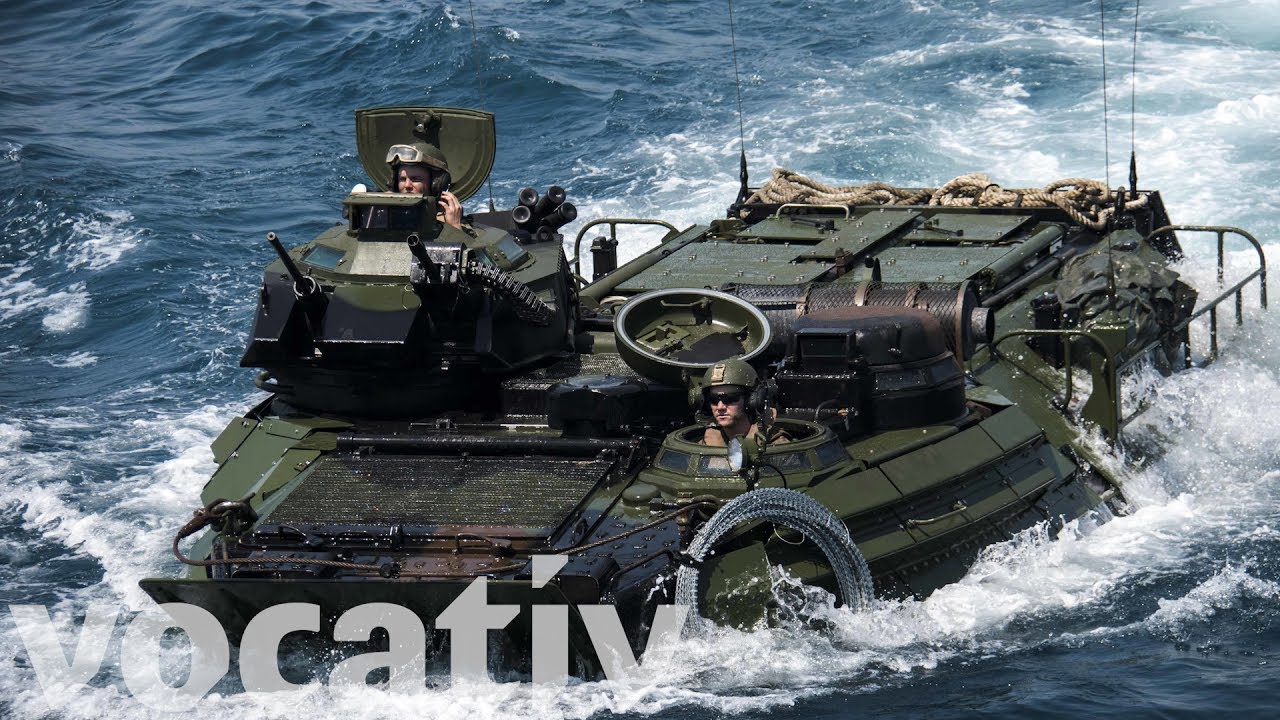 10 posted on 06/14/2022 11:56:34 AM PDT by PapaBear3625 (We live in a time where intelligent people are being silenced so stupid people won’t be offended)
[ Post Reply | Private Reply | To 2 | View Replies]
To: American Number 181269513
I just don't get why so many Navy ships and a recent submarine are screwing up so much in the last years. Navy Regulations and Training Manuals are meticulously written, not to mention the Qualifications for Surface Warfare and Submarine Dolphin pins. Does no one study the manuals anymore? There used to be a manual in every department/division for specific operational readiness and procedures.

What the hell is wrong with my Navy? In 11 years being Navy (75-86), I never heard of such incidents, other than small fires that were quickly extinguished by damage control or known as the Flying Squad. Sheesh.

Officers get a “censure letter”
Enlisted get sent to jail.

Maybe we reached that point Kerry talked about that if you aren’t smart you join the military.

I can definitely see the military, in its current state is no longer suitable for patriots, so they have to take what they can get.

I assume this vehicle was an LCM (landing craft marine). They look pretty much like a combat tank, but without the big gun turret.
I think they have 2 large Rolls Royce engines, 1 for propulsion and 1 mainly as a water pump. My amphib ship could carry 6 or 8 of these things. We launched several in Okinawa as demo/training back in 1968 or 69, and one sank in fairly shallow water just off the beach. No lives were lost and we did salvage the vehicle. Word was that the pump engine stalled and it sank like a stone.

you live on the ocean? Houseboat? or other?

I am thinking of buying a large catamaran and living on it.

My Dad did some amphibious landing training on Okinawa in 1945. What a coincidence. :)

“Officers get a “censure letter”
Enlisted get sent to jail.”

Remember when a US Submarine sank a Japanese fishing boat killing all on board and damaging the sub? The commander was forced to retire.

Remember when an enlisted sailor snapped a picture inside a boat and went to jail, and was pardoned by Pres. Trump.

So did you hear about the report on the bottom-beaching of the sub USS Connecticut. Part of the problem had something to do with “humanitarian evacuations” and some of the trouble was related to a bedbug infestation? Before your time I used to build this stuff and helped write some of those rules. The stupid stuff happening lately is eye-bulging.

I think the article was referring to the AAV-7/LVTP-7. It didn’t explicitly name the vehicle but my recollection was that one of those foundered off the west coast last year. The LCM that I recall was essentially a big “Higgins Boat” for vehicles.

The craft sank over a period of almost 45 minutes; any failures in this particular case were at the small-unit (NCO) level. (There were Marines in the troop compartment FAR past the point where it was safe to remain there,)