Vladimir Putin looked frail and unsteady at footage purporting to be from a midnight mass for Orthodox Easter, stoking rumours surrounding the Russian president's ailing health.

He chewed his lip and appeared unsure of his footing as he stood in Moscow's Christ the Saviour Cathedral alongside the city's mayor Sergei Sobyanin.

He appeared to chew the insides of his mouth, shifting uncomfortably, adding to a swirl of commentary that the pressure of Russian setbacks over the war in Ukraine.

A dry mouth can be a symptom of Parkinson's Disease.

The Russian president has seen rumours circling around his physical and mental fitness after footage emerged of him gripping the table in front of him during a meeting with one of his senior staff.

Putin, 69, was seen gripping the table and tapping his foot frantically, prompting the rumours of his mental deterioration.

The mass was led by Russian Orthodox leader Patriarch Kirill, who has supported his invasion of Ukraine.

There was also video taken a few days ago of him holding onto the edge of the table and his face is bloated..not sure if he has thyroid cancer or whats wrong with him but something aint right

What part did he look nervous at?

The replacement might be worse, and he will feel the need to prove himself.
I hope the war is over before he dies.

ANY decent photographer can make ANY person look very good, or, very bad.

The entire appearance. Was waiting for lightning to strike him.

He was also shown on video uncomfortably practicing making the Sign of the Cross.

Looked like me when I had severe lower back pain and was bound and determined to grit through a meeting. 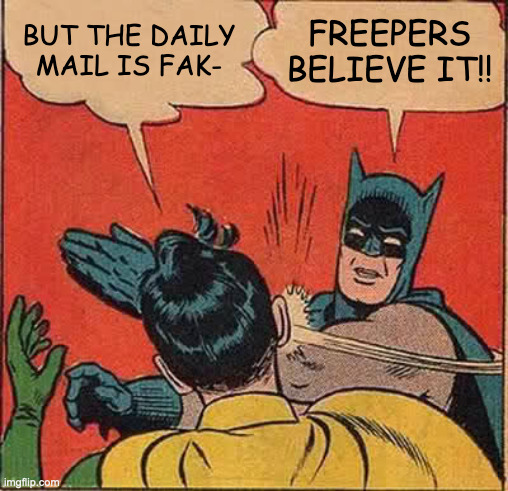 He just looked like someone preoccupied with something to me. Probably fidgety because would rather be somewhere else.

I never get tired of puffin’ Putin.

Who cares mushroom clouds?
‘Cause this war has allowed,
Me to puff, puff,
Puff Putin.. in Ukraine.

He was rehearsing making the Sign of the Cross, too. It was cold and calculating and evil the way he was doing that.

Afraid lightning would strike him dead.

I could say the same thing about many in the USSA goobermint .

This shares front page with this article.