Page Six was inside the Riverside Memorial Chapel early Thursday, where we witnessed the comedian’s loved ones share heartfelt stories that made guests both laugh and cry.

Gottfried’s longtime pal Jeff Ross specifically had the crowd in stitches, eulogizing his “brother” – who died on Tuesday at the age of 67 – as a man “survived by his wife, and sister, two great kids and over 12,000 little bottles of shampoo.”

“Gilbert took the pain out of our worst tragedies,” he shared, adding that the famously offensive comic “practically started cancel culture when he got fired from playing a duck.”

TOPICS: Culture/Society; Extended News; News/Current Events; US: New York
KEYWORDS: comedy; funeral; gilbertgottfried; jeffross; roast Navigation: use the links below to view more comments.
first 1-20, 21-38 next last
He must have been more religious than one would thing being buried within 24 hours. Although he died Tuesday, so he actually isn't being buried within 24 hours. I can only imagine the jokes he would tell if he could be there.
1 posted on 04/14/2022 4:43:44 PM PDT by nickcarraway
[ Post Reply | Private Reply | View Replies]
To: nickcarraway

Actually, he played someone who had died and gone to Hell in “Hellcop.” He kept insisting that it was all a mistake in that special voice.

2 posted on 04/14/2022 4:46:42 PM PDT by \/\/ayne (I regret that I have but one subscription cancellation notice to give to my local newspaper)
[ Post Reply | Private Reply | To 1 | View Replies]
To: nickcarraway
Gilbert Gottried told the funniest dirty joke I ever heard.

Plus, he told the dirtiest dirty joke I ever heard as well.

That's a life's work for any man.

I know Gilbert wasn’t everyone’s cup of tea but his appearances on the Stern Show is some of the funniest stuff I’ve ever heard.

He roasted “Sulu” at a Friars club roast. Hilarious and no one could get away with it today.

Today on my way home from work, I subscribed to it. There's over 600 episodes. I didn't have time to scroll through them all so I landed on a more recent one where he interviews boring, vanilla actor Matthew Modine.

Good Lord, the first 30 minutes had me in absolute stitches! I was dying! The most surprising part was that I had no idea that Modine was just as vulgar and nearly as adept at comedic improv as Gottfried.

They started riffing off each other and, while I won't get into the subject matter, they were killing me! I drove home in tears!

Jeff Ross can be identified in this photo as the only one still alive. 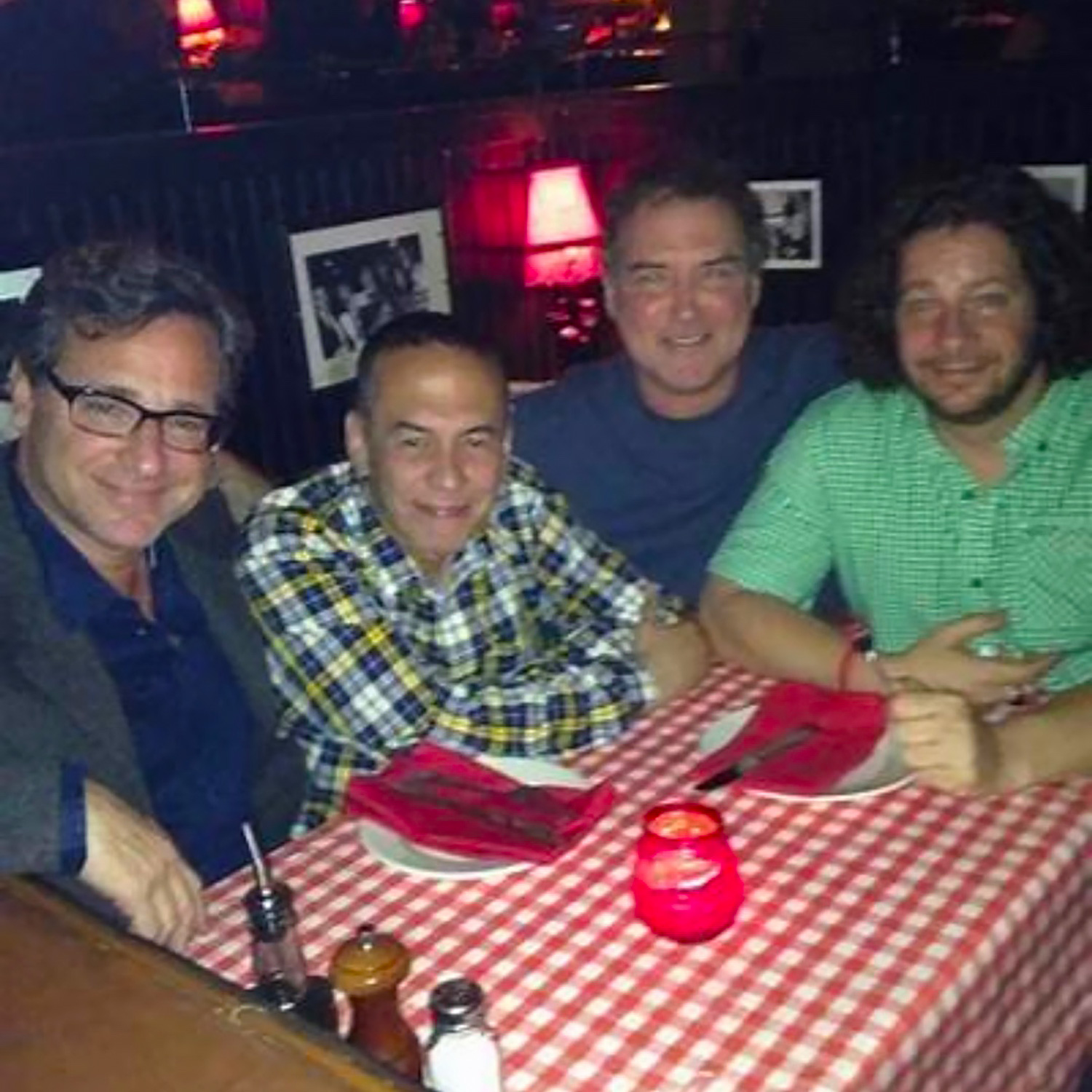 Damn. These last few months have really sucked for comedy.

Ross is the youngest by six years, but I’m not sure anyone expected the others to die in their 60s.

He never got to roast Bob Saget.

I got to see him about 5 years ago now at Zanies in Rosemont Illinois. I don’t think I ever laughed as hard for as long as I did for anyone else. He was so funny and he went after everyone. There were parts during his show where I had tears coming down both sides of my face because I was laughing so hard and I couldn’t barely breathe. The woman I was dating at the time was absolutely horrified at his comedy and I think she was the only one there who really had no idea who Gilbert Gottfried was or what he was like. That was our last date together. And I still laugh about how funny he was that night and how lucky I am to have found out what that woman was like before things got serious. I really enjoyed her company until that night LOL

Sorry, my mind tricked me. I meant to say he never got to roast Matt Lauer.

I listened to his podcast interview with Rhonda Shear (they used to do the old “USA Up All Night” show together in the 90s) and is one of the filthiest 60 mins i ever listened to, but I’d be lying if I didn’t laugh through the whole thing.

That’s beyond funny.We used to see him, when he appeared in our area. He was great!

Its pretty impressive that Gilbert was banned from the Howard Stern Show being too offensive.

I wouldn't take a date to see Steve Wright, unless she said she was interested. He's not offensive, but either you "get it" or you don't.

I imagine nothing is longer than a date seeing standup with a woman who doesn't like the humor.