President Joe Biden is looking to further slash deportations by having federal prosecutors drop cases against illegal aliens unless they are considered a “public safety threat,” a newly leaked internal memo reveals.

The memo, reviewed by BuzzFeed News, directs prosecutors for the Immigration and Customs Enforcement (ICE) agency to drop deportation cases against illegal aliens who are not considered a threat to national security or public safety or who have not recently crossed the United States-Mexico border.

The final stages of the Bush Plan for North Mexico (aka USA) are being implemented.

And every vote for a Bush League Republican advanced that plan.

The GOP’s main purpose for the last 30 years has been to block the citizens from stopping it.

Trump said at one of his rallies that countries are emptying their prisons and sending the felons to the US. It’s simple, they don’t want to pay for prisoners so they just send them here. Maybe that partly explains why so many “refugees” are young men.

Biden is refusing to discharge his duty as president he swore to do and is obligated to do by the Constitution.

The GOP should have articles of impeachment ready NOW and tell the nation they intend to try Biden the instant they take the majority.

This assumes the GOP is an actual opposition party that listens to its members. 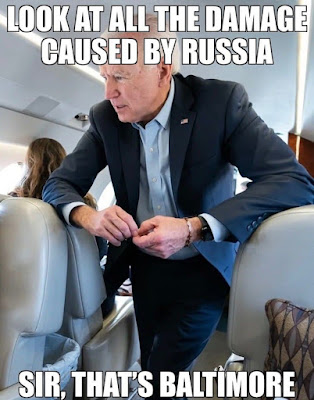 The Biden administration is busy persecuting patriotic citizens while aiding illegals from around the world to run amok all over America.

It’s what democrats and globalists do.

Faithfully executing the Laws of The United States of America does NOT mean putting them in front of a firing squad.