A six-time deported illegal alien has been found guilty of murdering three individuals in the sanctuary state of Oregon.

On June 27, 2016, illegal alien Bonifacio Oseguera-Gonzalez arrived at a housing unit where he had been living with fellow employees for a nearby blueberry farm.

While in the kitchen of the residence, Gonzalez fired a loaded gun at Edmundo Amando-Bajonero before shooting Refugio Modesto De La Cruz, Katie Gildersleeve, and Rigoberto Reyes-Mendoza.

While De La Cruz survived, Amando-Bajonero, Gildersleeve, and Reyes-Mendoza all died at the scene. Even as Gildersleeve tried to flee, Gonzalez chased her into the driveway, trying to shoot her again and eventually grabbing a knife to stab her.

Should Gonzalez be released from the Oregon State Hospital at any time, he will carry out the remaining 25-year sentence.

Gonzalez was first deported from the United States to Mexico in 2003 but was rearrested in Oregon in 2007 before being deported again. Gonzalez was arrested on local charges in Marion County, Oregon, in 2009 and was turned over to the Immigration and Customs Enforcement (ICE) agency for his third deportation.

In 2010, Gonzalez was twice arrested along the Arizona-Mexico border by U.S. Border Patrol agents and each time deported him to Mexico. He was last deported in 2013 after again illegally crossing the U.S.-Mexico border. He returned to the U.S. at a later date.

Oregon has a rigid sanctuary state policy that bans public officials and law enforcement from cooperating with ICE — shielding criminal illegal aliens from arrest and deportation. 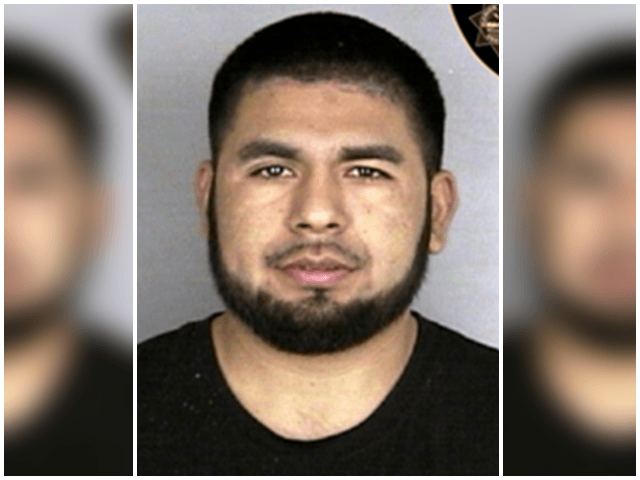 So sick of this. All dems fault.

So how much $$$$ is this scumbag costing the taxpayers. Those who passed tragic legislation in Oregon need to be viewed accomplices to murder. I hope the majority of you Oregonians like what you voted for. Evil.

The left OWNS this lock stock and barrel. No wiggle room for them on this AT ALL.

We need Star Chambers in every State to take care of these sub-humans who are, with Attornies and judges we pay for, gaming the system.

The chamber of commerce thanks you for your sacrifice.

"committing him to a lifetime of oversight"

he’ll be on the street in 2 yrs or less. Hide and watch.

Yes they do. Sad that nobody will hear about it.

If you would like more information about what’s happening in Oregon, please FReepmail me. Please send me your name by FReepmail if you want to be on this list.
13 posted on 02/15/2022 5:45:17 AM PST by Twotone (While one may vote oneself into socialism one has to shoot oneself out of it.)
[ Post Reply | Private Reply | To 1 | View Replies]