For example, PolitiFact pounced on Georgia Sen. David Perdue as a "Pants on Fire" liar for calling his opponent Sen. Jon Ossoff a "socialist." They gave Donald Trump a "Pants on Fire" rating for calling Ossoff and his fellow Georgia Democrat Sen. Raphael Warnock "radical" and "the most extreme far-left candidates in the history of our country."

But resident Joe Biden can go to Atlanta and suggest that anyone who opposes the Democrat "voting rights" bill has taken the side of George Wallace, Bull Connor and Jefferson Davis, and ... crickets.

Sometimes the exaggerations aren't character assassination. On the Jan. 6 anniversary, Vice President Kamala Harris compared 1/6 to 9/11 and Pearl Harbor. Fact-checkers said nothing ... except Snopes.com threw a "Mostly False" at conservative radio host Todd Starnes for saying Harris said 1/6 was "worse" than 9/11. Matthew Dowd actually said that in 2021 -- and the fact-checkers yawned.

Here's a brief rundown of the top fact-checkers on Biden's Atlanta speech: PolitiFact? Nothing. FactCheck.org? Nothing. AP Fact Check? Nothing. Reuters? Nothing. CNN's Daniel Dale team? Nothing. Snopes? Nothing. Lead Stories? Nothing.

Lead Stories did offer a UFO check this month, that "Biden, Harris Did NOT Visit Area 51 By Plane On January 8, 2022."

The exception to this depressing rule is Washington Post "Fact Checker" head Glenn Kessler. He did not throw "Pinocchios" at Biden's Bull Connor garbage. But he did apply the maximum "Four Pinocchios" rating to another passage in the Atlanta speech, when Biden claimed he was so "damn old" he'd been arrested for civil-rights protesting. Kessler pointed out that Biden has a history of claiming he's been arrested, including in South Africa while he was trying to see Nelson Mandela, when there's no proof Biden's been arrested for anything.

Kessler concluded, "The primary source for this story is Biden -- and we've learned over the years that he is not always a reliable source." But remember, Kessler has no running Biden lie-counter like he did for Trump, and he won't write a book about all of Biden's lies, like he did for Trump. This is because he works for the Biden-backing Washington Post.

There were no Pinocchios at all in an article titled "The Senate battle over whether election laws signify a new 'Jim Crow.'" Kessler quoted Senate Majority Leader Charles Schumer claiming, "The heirs of Jim Crow are weakening the foundations of our democracy," and Minority Leader Mitch McConnell calling this rhetoric "nonsensical." Overall, it was a useful review of state voting laws. But despite calling it "rhetorical overkill," there were zero Pinocchios for Schumer.

No one expects liberal "fact-checkers" to mark it as a broken promise that when Biden was proclaimed winner of the 2020 election, he claimed it was "a time to heal in America," a time to "marshal the forces of decency." Liberals are staunchly in favor of smash-mouth, our-way-or-you're-racist politicking. Being decent or factual doesn't matter -- only winning does.

Marketing and IMAGE means a lot today, in our visual promotions of candidates. Donald Trump always tried to have a few black souls, some excited Latinos and a few cheerful Asians, and whites as his backdrop when he spoke. Young and Old. I remember when HIllary Clinton planted a GAY person for effects and the camaras were ready when she made a positive comment about GAY that the guy would show emotion, and enhance THAT person.
Joe Biden in the speech in Atlanta had only blacks in his group behind him. If you asked a kid in 2nd grade, if people were only allowed to stand behind a President because of a particular tone of skin pigment, they would say it was racist. Not sure why SMART Americans, and Black People who want to have equal treatment won’t call Biden out on this.
I remember when the Main Stream Media was accused of darking the skin tone pigment in their photos.. to hide his mom’s Angle Saxon genes! WHAT’S with the media. Do they have a TONE PIGMENT METER, to see how many black genes a person carries to get on stage with Biden.
I’m sick and tired of it all. I would hope SOON, we begin to judge each other by our character, our ability to TRUST to tell the truth, our ability to be responsible, and be concerned for ALL he people.. not just a special class.
This Ship is sinking fast, and we need all hands on deck to make sure the Captain doesn’t crash us onto the shoals.

Where the hell did all the far left, commie fart checkers go anyway?

Kamala Harris and the Dem hit squads have spent the last 30 years attacking the United States as racist, oppressive, homophobic, xenophobic, etc.......decrying it’s formation by “evil religious white men to oppress anyone who was unwhite.”

But on Jan 6, she, and the Party of Never Miss a Political Opportunity, suddenly “saw the light.”

The knee-jerkers crassly played the “give a damn card.”

Harris: “What the extremists who roamed these halls sought to degrade and destroy was not only a building, hallowed as it is,......they were assaulting the institutions, the values, the ideals that generations of Americans have shed blood to establish and defend.”

Too bad they don’t govern as if they believed all that.

“Too bad they don’t govern as if they believed all that.”

Words are only a means to an end for the demonkkkraps. And the end game is all givernment power to be the province of only the demonkkkrap party without any opposition of any kind.

BTW - I never read “fact-checkers”. That is a euphemism for paid propagandist on the left. They don’t exist to “fact check” themselves. 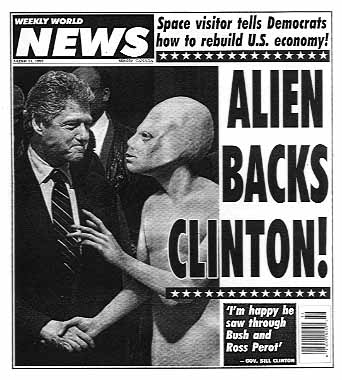 George Wallace, Bull Connor and Jefferson Davis were all DEMOCRATS!!