Rep. Tom Rice (R-S.C.) told Politico on Wednesday he wishes he had certified the electoral votes of several states that voted for President Biden in the 2020 presidential election.

“In retrospect I should have voted to certify,” Rice reportedly said. “Because President Trump was responsible for the attack on the Capitol."

The South Carolina Republican alleged that Trump “did nothing to stop” the attack on Jan. 6 and looked on at the unfolding events “with pride,” and from afar, Politico reported.

Rice told the news outlet that he only voted against certifying the electoral votes of several states because he had publicly announced his intent to do so and did not want to go back on his word.

“In the wee hours of that disgraceful night, while waiting for the Capitol of our great country to be secured, I knew I should vote to certify. But because I had made a public announcement of my intent to object, I did not want to go back on my word. So yeah, I regret my vote to object,” Rice told Politico.

However, he added he still thinks there were “real issues with the election.”

Rice was among 10 House Republicans to vote to impeach Trump, calling the former president's behavior during the Jan. 6 riot “inexcusable” in a statement in January.

Another perfect example of the definition of RINO (Republican In Name Only). He ought to run as a Democrat the next time around and see how a little truth in advertising works out for him.

Boy...I wonder who was set up with a little boy and blackmailed?

A—hole doesn’t know what he’s doing. Statement makes no sense. Must be feeling heat from somewhere. Get him out.

I may be mistaken, but I believe President Trump endorsed Rice’s primary opponent.

I would have more respect if it was his ass locked up in the DC jail and not the citizens left to die there for trying to peacefully protest a stolen election.

So now he’s wishy washy about what he did then but is positive now that Trump was responsible. Got it. Sounds like the GOPe is lining up their forces to oppose Trump in 2024.

10 posted on 12/22/2021 9:03:13 PM PST by Rowdyone (Vigilence)
[ Post Reply | Private Reply | To 1 | View Replies]
To: RandFan
Joe Biden probably won the election. That said, it was not a fair election. Mark Zuckerberg paid millions of dollars to influence local election officals. Mainstream media went on an offensive attacking President Trump at every turn and shielded Joe Biden from any attacks on the campaign trail.

For everyone who said that there was fraud in the election, even if Stacy Abrams fixed the election in Georgia, that's just one state. We would still have to overturn the election in Nevada, Wisconsin, Michigan, Arizona and Pennsylvania. The fact is that the swing voters were the White folks in the Suburbs who were turned off by President Trump's mean tweets (thanks to brainwashing from MSM).

That's why my first choice is DeSantis but if Trump wins the primary, then he's my guy, of course.

The DNC are evil.

This is a safe GOP seat. No reason he should be in it

“Because President Trump was responsible for the attack on the Capitol.”

No, he said go peacefully and lawfully protest. He is wrong. We are right. Period.

Assuming I guess these latest GOPe geniuses believe that the resident in chief, our memory care patient at best actually received more votes than any other candidate ever? C’mon man ....... 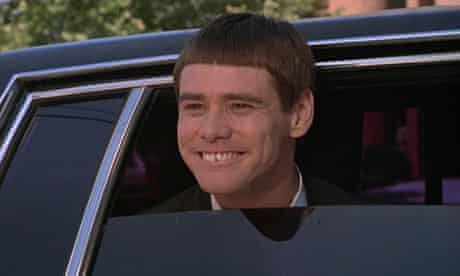 In AZ that retard and the first lady showed up in Phoenix. They drew a grand total of... um, carry the one... uh, zero dot zero zero voters. Just the press. Afterwards they said they didn’t advertise it.... cause you know, COVID. They didn’t even draw a curious passerby.

There was 100 mile long Trump train in AZ too.