The Biden family offered their services to a huge, Chinese-government-linked energy consortium to expand its business around the world. How do we know? Because of hundreds of emails documenting the deal found on Hunter Biden’s laptop, left in a Delaware repair shop in April 2019. In her new book, “Laptop from Hell,” New York Post columnist Miranda Devine tells the tale:

James Gilliar, a wiry, 56-year-old British ex-SAS officer, got to know Ye Jianming, the 40-year-old chairman of CEFC, when they were both working in the Czech Republic.

CEFC was a Chinese conglomerate, one of the largest energy companies in the world.

Ye’s task at was to spend $1.5 billion as quickly as possible to ensure the Czech Republic would become China’s “Gateway to the European Union,” a priority of President Xi.

To that end, Ye bought everything from a football team and a brewery to an airline, before being named “special economic advisor” to Czech President Milos Zeman.

Now he was looking for an influential partner to help with acquisitions in other locations around the world that had strategic significance for the Chinese state.

“To that end, Ye bought everything from a football team and a brewery to an airline” — sounds like the Saudis in the UK.

Here on the home front, more proof the Bidens are sickeningly corrupt.

Let me know when anything is done about it, especially from the GOP.

Putting the almighty $$$$ before the national security of the country of their birth. I’d say that’s akin to treason.

Experts at the Pentagon’s advanced research agency Darpa are said to be unsure as to
how China achieved the hypersonic missile feat and what the projectile might be for....

Why not ask Hunter Biden?

Helpful Hunter and his “family connections” might have assisted China in it’s hypersonic weapon development.

Nah, not a concern to the Bidens.

THIS IS SOME OF WHAT WE KNOW ABOUT HUNTER’S ACTIVITIES:
<><> in 2017 he had a deal to transfer liquid natural gas from Louisiana to CEFC, a Chinese company,

<><> in 2016 BHR invested in CATL, a CCP Chinese company now the world’s biggest maker of batteries for electric vehicles.

Nor was Joe Biden oblivious to all of this.

<><>As a US Senator he frequently met with CCP minister in DC.

Let’s see if Republicans create an independent council and get Robert Mueller to investigate. I’ll say the chances of that happening are the same as the moon exploding. This is why the Biden domestic enemy occupation is so blatant not only with the criminal acts but the lies as well, they know nothing will happen to them

We didn’t put them in the White house, domestic enemies of the USA did through a coup using a fake election.

8 posted on 11/28/2021 6:07:40 AM PST by GrandJediMasterYoda (As long as Hillary Clinton remains free, the USA will never have equal justice under the law)
[ Post Reply | Private Reply | To 2 | View Replies]
To: Truth29
Remember this guy? Tony Bobulinski? Totally brushed under the rug by the media and the Rat/RINO uniparty as if he never existed. Imagine if a guy like this came out against Trump, it would be headlines news every day with the Rat/RINOs touting him as a national hero. 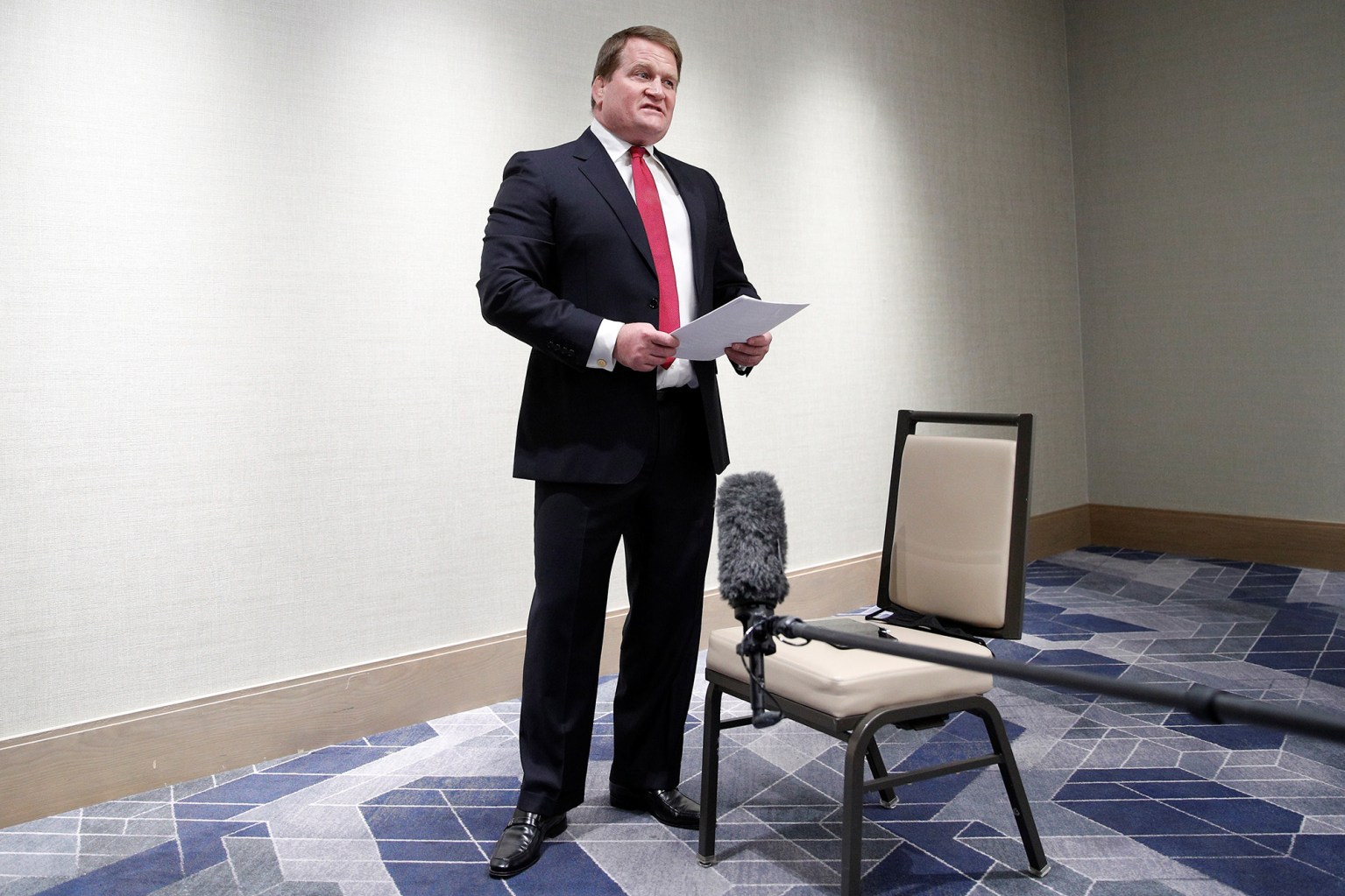 Biden Center Under Investigation for Illegal Donations From China
DB Daily Update | David Blackmon / FR Posted on 5/25/2020, 9:19:56 AM by EyesOfTX

If the label says “Biden,” it was definitely influenced by China. – John Solomon at JustTheNews.com is reporting that The National Legal and Policy Center has asked the U.S. Department of Education to investigate its findings that the University of Pennsylvania (Penn) has over the past several years accepted more than $22 million in anonymous China-originated donations to its Biden Center and failed to properly disclose the contributions.

From Solomon’s report: The complaint, filed by the National Legal and Policy Center, says that over the past three years, the university has (admitted to accepting around) $22 million in anonymous funding from Chinese sources. That’s out of a total of more than $70 million from Chinese donors during that time, the NLPC said.

Those significant funds, including the anonymous amounts, rolled in after the Biden Center was announced in early 2017 and launched in February 2018. The center is located in downtown Washington, D.C. Federal records show that the University of Pennsylvania has received significant donations from Communist China since the opening of the Biden Center.

One 2018 donation alone totals $14.5 million; it is listed as “anonymous” in federal records. The NLPC alleges the university may have violated federal law in accepting those anonymous monetary donations from Communist China. The Higher Education Act mandates schools report the national origins of any donations above $250,000 although not necessarily the individual names of donors themselves. [End]

This serves as just one more reminder that Biden, his son (and his brother) have long been in the pockets of Communist Chinese interests. The stark reality facing our country today is that all of the gains President Donald Trump has made through the sheer force of his will in terms of U.S./China relations and trade policy will be immediately reversed the day after Biden assumes office.

..........virtually all U.S. antibiotics and PPE are sourced through Communist China at some point along their supply chains ..........s fair share.

KEEP IN MIND.....virtually all U.S. antibiotics and PPE are sourced through China at some point along their supply chains....... There are trillions of dollars at stake, and Creepy Uncle Joe wants to ensure his family continues to get its fair share out of Communist China.

It has recently come to light that US politicians are sending Communist China vast amts of tax dollars to supposedly buy (cough) “Covid masks.”Cali Gov Newsome was nabbed sending China a billion tax dollars. Why? Because the Chinese are using the Covid orders to launder the tax dollars for the salivating pols.

U of Pennsylvania made a $100 million contribution to Phila School District.
Is Penn’s donation Chinese money? Facilitated by Biden?
Is Penn getting rid of evidence to save Biden’s sorry ***?
WHYY.com / FR Posted on 12/6/2020 by Kid Shelleen

The U of Pennsylvania made a gargantuan $100 million contribution to the School District of Philadelphia.

When Ivy League Penn made its announcement, City Council member Helen Gym and others voiced hope that other universities with large landholdings, like Temple or Drexel, might also pony up. (Excerpt) Read more at whyy.org ...

President Biden released tax forms on Monday showing that he and his wife, Jill Biden, earned just over $600,000 in 2020.

Both the presidential and the vice-presidential households appear to fall safely in the top 1 percent of American income earners, based on statistics from the Internal Revenue Service. And both would face tax increases this year if Mr. Biden succeeds in pushing Congress to raise a variety of taxes on high earners, as he is proposing to help fund nearly $2 trillion in new spending and incentives meant to strengthen education, child care, paid leave and other social programs.

Much of the Bidens’ income came from pensions, including Mr. Biden’s government pension from his years as a senator and vice president. That disbursement will pause now that Mr. Biden has re-entered the government, White House officials say.

Jill Biden received nearly $300,000 in income — including income from business profits — from an S corporation controlled by the Bidens, which received money in 2020 from two publishing houses, Simon & Schuster and Flatiron.

An S corporation is a small business designation that allows business income, credits and deductions to pass through to shareholders.

They put themselves in the White House. We voted Trump, they said F U, ain’t gonna happen....

Agree all the way. It is treason.

I’ve noticed, for decades now, if you want to know what the Dems are up to, look at what they are accusing Republicans of. While trying to smear Trump as corrupt and treasonous, look what what the Bidens were up to.

Unfortunately, many republicans are corrupt as hell and throw cover to their buddies in the rat party. Scratch my back, I’ll scratch yours....hint hint...Lindsey Graham.

True, there’s hardly any difference between most Rs and Ds these days. All riding that gravy train together.

Politics these days are just as real as WWE “wrestling”.

So tired of seeing people post “just wait till “we” take back the house in 2022”………….you really have to be completely blind not to see we have a one party rule and that is the “elite party”.The only way this will end is by literally crushing them and making there descendants curse their name.

>>True, there’s hardly any difference between most Rs and Ds these days.<<
There are many of good men and woman in the legislature who seek to do the right thing. Unfortunately, many become corrupted over time. Others get neutered by leadership of the likes of Pelosi/Kevin Mccarthy. They end up with no leadership roles, marginalized.

Yes, Comey showed us how easy that is: just a little leak to "the press."

Oh, wait, it's all out there, big as life already. Hmmm.

Heard on the car radio that Biden was spending the WEEKEND on Nantucket!! If that means he extended his VACATION from the week before, I suppose that’s a true statement.

Better SlowJoe be on vacay than in the WH.