We tend to think of Black Friday as the day that we can pick up some good deals at the stores.

But instead, we’ve been seeing people thinking they could get more than a good deal — a five-finger discount, in fact. It’s happening at expensive stores in Democratic cities, particularly in California when they know that because of leftist prosecutors there, they will likely not suffer any real consequences even if they are caught in the act. This is all courtesy of the Democratic policy of being lenient on crime.

When even CNN is recognizing this as a problem in cities like San Francisco and Chicago, then you know Democrats can’t hide the hard reality of what their policies are causing.

As the police noted in the above video, one group that hit a Nordstrom store in Canoga Park didn’t stop with just stealing the high-end purses; they also attacked the security guard who tried to stop them, spraying him with bear spray. Some of these robbery groups are probably random groups of kids, but gangs and organized crime can also use kids to do this — knowing that there’s very little likelihood of any real punishment as a result.

This is what we’re now getting with Democrats in charge — anarchy and chaos. A smash-and-grab group even ransacked a Home Depot in Los Angeles. What did they steal? Sledge hammers and crow bars, so they could go hit more stores. Unfortunately, it goes beyond just losing all sense of law and order and frightening people — now people are getting killed, as well.

It's the latest in a string of robberies that have now turned deadly: "The security guard who was shot protecting a news crew during an attempted robbery on Wednesday has died." pic.twitter.com/IhXml6YwDZ

Kevin Nishita, a former police officer working as a security guard, was killed by a group that pulled up on the KRON news crew to rob them in the Bay Area. 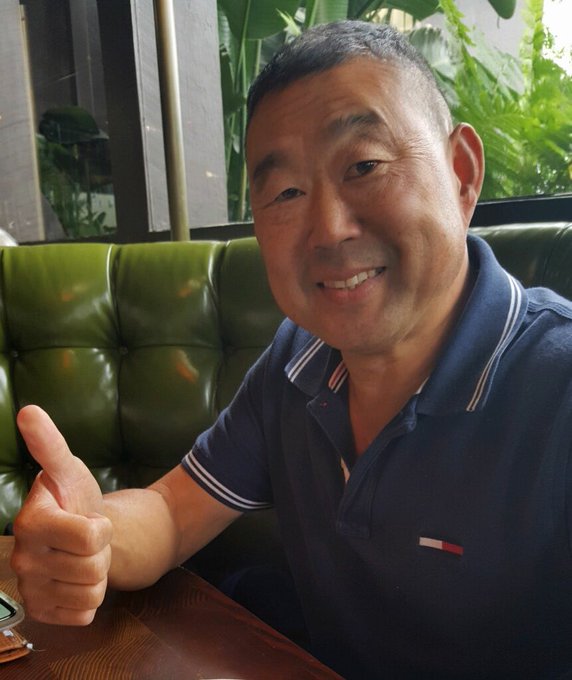 Nishita was working as a security guard for a KRON television news crew at the time reporting on a recent smash-and-grab robbery at the clothing store Prime 356 that happened Monday night. [….]

They said an armed robbery crew pulled up on the television crew and ordered the news crew and their guard to get on the ground. According to witnesses, moments later, shots were fired and the guard was hit.

Authorities said the guard was hit in the stomach by the bullet. No other injuries were reported before the shooters fled the scene.

When you allow chaos, this is where it can lead, and now we’ve lost someone who spent his life helping other people.

While CNN is reporting on the smash and grabs, they had one analyst who said that we don’t know why this is happening, right after he also noted “some DAs that have flat-out said they’re no longer going to prosecute shoplifting.” You think that there might not be a relation there?

We also reported on the response from Mayor London Breed in San Francisco — trying to limit traffic and parking. I’m sure that will do the trick. Not. And what were some of the media concerned about? Whether it was proper to call it “looting” and whether that might somehow be racist if you did so.

Here’s a radical thought. Radical for California, which means it’s sane. How about upping the penalty for theft rather than reducing it? And how about electing people who aren’t radical leftists who want to open the doors and let all the criminals out? Then, amazingly, you’ll find these incidents drop magically. It’s not magic, though — just common sense.

The people who hate Western Civilization and are doing everything they can to destroy it are not going to like what comes next.

Pity a man who puts his life on the line to protect the MSM corporate, state-media propagandists. No amount of money would be worth that job.

I find it interesting and telling that over 700 people have been murdered in Chicago this year, over 500 in Philadelphia. And the focus of the leftmedia has been on roughly a dozen smash and grab robberies that targeted stores where the elite tend to shop. Priorities I guess.

It was just a matter of time before it did.

Just sickening what is happening to our country.

Wonder how much money the MSM, celebrities, woke billionaires and tech corporations spend on armed security. Suspect the total expenditures in LA and San Francisco come close to the number of personnel and budgets of the local police departments.

10 posted on 11/27/2021 9:12:23 PM PST by allendale
[ Post Reply | Private Reply | To 4 | View Replies]
To: vpintheak
Actually once they hit Nordstrom, the corrupt SF DA said he was cracking down. Because his donors are pissed and they don't want the riff-raff to hit the high-end stores.

See, the Walgreen's and corner stores are OK, but once these looters start going into Rodeo Drive, Thousand Oaks, Beverly Hills, etc. then CA will layeth the smacketh down.

Chesa Boudin is the subject of a recall campaign, so he’s suddenly paying lip service to cracking down on the looters. A leopard doesn’t change his spots, but he may fake it a bit for a while. We’ll see...

Meanwhile, when the retail CEOS, celebrities, District Attorneys and political leaders go out, they are surrounded by an entire team of security personnel.

Boudin only took action when the thugs started hitting the high-end stores. Yes, he’s being recalled but it’s not related to the latest smash & grabs.
Once Nordstrom got hit the donors gave him an ultimatum.

” Yes, he’s being recalled but it’s not related to the latest smash & grabs.”

It’s not “related” in the sense that the recall predated these latest incidents, but it’s hard to imagine that Boudin doesn’t know that he’s facing the voters in June and that’s not at least partially motivating him to temporarily put up some pretense of prosecuting crime.

The hammer will have to come down hard to stop it.

And that is not going to happen. From this point forward, all prosecutions will be political. But in the 2020 election that is what the people, via their votes , said that they wanted to happen.

Live in California and this crime will continue till someone crosses the line and robs one of the protected families running this state. when that happens there will be an authoritarian reaction by Sacramento and the state’s legal system will become authoritarian in the crackdown when it comes to the wealthy being robed.

This will only end when the thieves are dropped like the vermin they are.