It’s a phone call every parent dreads receiving. Earlier this year, Virginia father Scott Smith was notified his 15-year-old daughter had been sexually assaulted. While that news was horrific, little did Smith know this would just be the start of a nightmarish series of events in which he would end up being cast as the villain. He can thank Democrats for enabling the whole outrageous affair.

The saga began back on May 28 at Loudoun County’s Stone Bridge High School, the sheriff’s office confirmed, where Smith was summoned by school officials. Smith told The Daily Wire he learned his daughter had allegedly been assaulted in a girls’ restroom by a boy wearing a skirt. (According to some reports, the boy identifies as “gender-fluid.”) Smith said school officials told him they intended to handle the incident in-house, instead of through the police and courts. After Smith became understandably upset at this callous and wholly improper decision not to involve law enforcement, he says school officials calls the police on him.

Fortunately, Smith was not arrested that day, but the story did not end there. A month later, he attended a Loudoun County School Board meeting to protest a proposed policy that would, among other things, allow students to access whatever restroom or locker room corresponds with their self-identified sex.

Concerned parents argued the policy would take privacy and safety from girls. LCPS Superintendent Scott Ziegler responded, “To my knowledge, we don’t have any record of assaults occurring in our restrooms.” Smith couldn’t believe his ears.

Later, a conversation between a left-leaning parent and Smith grew heated when the other parent implied Smith was lying about his daughter. This time, police did arrest him and video of the incident went viral. Overnight, Smith became the poster boy of supposedly dangerous parents. The National School Boards Association even specifically pointed to him in the now-infamous letter to the Biden administration, arguing that distraught parents ought to be seen as “domestic terrorists.”

The full truth about what had happened to Smith’s daughter did not become public until this past week: The sexual assault committed against her was no anomaly. Not only that, it was the direct result of policies promoted and advanced by Democrats who are willing to sacrifice the bodies, minds, and souls of innocent children to protect leftist gender ideology from criticism.

This is far from a new project. Democrats have been attempting to impose their gender insanity on the rest of the country since at least the Obama administration, when the U.S. Department of Education threatened schools with a loss of federal funding if they did not implement such policies. Unfortunately, weak Republican governors like South Dakota’s Kristi Noem have also been complicit through their refusal to meaningfully resist this agenda.

Concerned parents and others have fought this effort, arguing these changes would put girls in particular at risk to potential predators. Sespite Democrats’ best attempts at gaslighting, this is exactly what’s happened, and not just in Virginia. In November 2017, a five-year-old girl in Georgia was allegedly sexually assaulted in her school bathroom after the school introduced a new transgender policy. Her case, Thomas v. City Schools of Decatur et al, is still making its way through the state’s courts.

Still, Democrats and their left-wing allies refuse to even acknowledge this outcome of their transgender policies. After claiming there had been no assault in a school restroom, the Loudoun County School Board passed its new transgender policy in August. The alleged perpetrator was reportedly transferred to a different high school where, earlier this month, he was reportedly charged with sexually assaulting yet another girl. Still, the corporate media blackout of the story persists, while the Biden administration and Democrat politicians — and their henchmen in Big Tech and the press — continue to vilify ordinary parents like Smith.

Democrats’ true priorities are clear. Despite past “believe all women” rhetoric, their party’s ideology about sex has driven them to summarily toss aside the safety of girls in their campaign to normalize crazed gender ideology. As for the fundamental right of parents to choose how their children are raised, Virginia gubernatorial candidate Terry McAuliffe last month spelled out where he and his Democrat comrades stand: “I don’t think parents should be telling schools what they should teach.”

To stop the left’s nefarious agenda, parents and pro-family Americans must become politically engaged and toss out bad elected officials. If this doesn’t happen soon, Scott Smith’s nightmare could be endured by many others around the country.

Democrats aren’t accountable for anything. Just look how they recruit their constituencies.

It is hard to understand why sex change operation are even legal — let alone promoted.

This is not the issue. We need to focus on the issue. It’s FALSE transvestitism/transexualism (refuse to use their obfuscating terms) in this case.

HETEROsexual males taking FULL ADVANTAGE of this insanity to get THEIR jollies.

“Normal” or not, it’s still perverted and PREDATORY.

I said this all along.

See, I Told You So. To quote Rush. 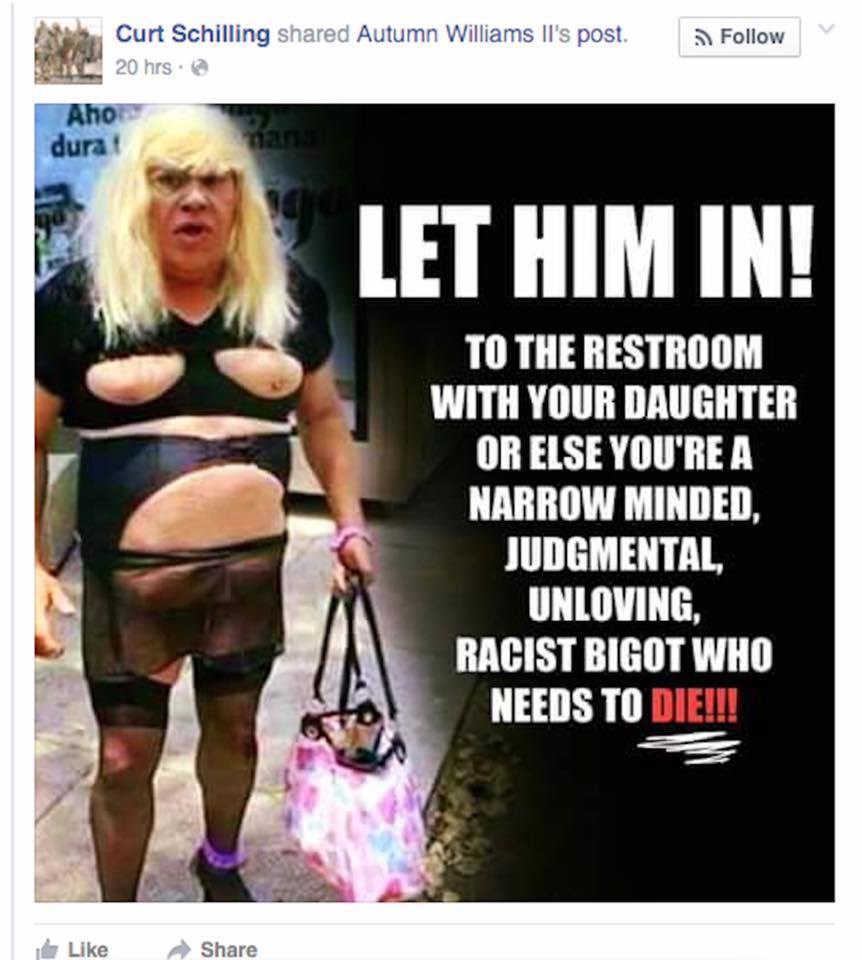 Sweden sacrificed their girls on the altar of multiculturalism too. News of rapes committed by Muslim immigrants were squashed.

Sweden sacrificed their girls on the altar of multiculturalism too. News of rapes committed by Muslim immigrants were squashed.

I’m thinking that the democrats have concealed a larger problem. We have one visible instance of a pubescent male in a dress attacking a female in the girls room. And then the school administrations deliberately concealing the crime. I’d be surprised if this is an isolated incident. They’re concealing the statistic because it illuminates the incompetence of the school administrations allowing boys to enter the girls room as long as they wear a skirt. Any school child could tell you the bad results that will precipitate from that policy.

Democrats know the more you weaken society the easier it is to control them.
Look at the list of items they have imposed.

The sexual assaults aren’t even an unintended consequence.