This might come as a surprise, but 40% of California state employees are unvaccinated despite Gov. Gavin Newsom's directive to mandate the jab or be subjected to regular testing.

Newsom issued this new directive in July following a surge in COVID-19 cases, hospitalizations, and deaths. At the time, he said, "We are now dealing with a pandemic of the unvaccinated, and it's going to take renewed efforts to protect Californians from the dangerous Delta variant."

Still months later, less than two-thirds of state workers, or 62%, were vaccinated, according to The Sacramento Bee. The figure is much lower than the state's overall rate of 72%.

Human Resources Department spokeswoman Camille Travis said her agency has only compiled 89% of state employee vaccination status. She said the data so far suggests some state employees weren't compelled to get jabbed after Newsom's directive.

Some of the state's largest departments shared vaccination rates: 52% of California Highway Patrol employees, 60% of Department of Motor Vehicles employees, and 60% of prison employees have received the shots. California Department of Transportation has the highest with 70%.

Newsom's mandatory jab, or be forced to regular testing for state employees, is less stringent than those of health care workers who have been forced to get the vaccine unless they had a medical exemption or religious claim. One emerging drawback of mandatory jabs, with no consideration for regular testing nor naturally-acquired immunity, are reports that a third of all hospitals in the state are experiencing critical staffing shortages because engineers, janitorial staff, respiratory therapists, nurses, midwives, physical therapists, and technicians have either staged strikes or have left the job over the mandate. 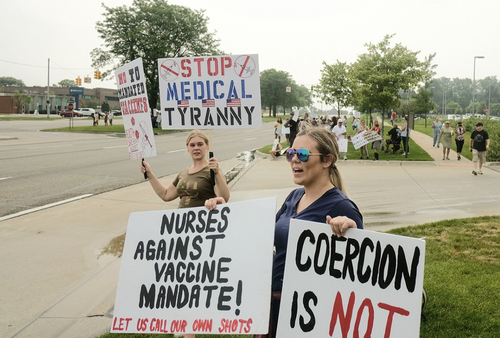 Director of Medical Ethics, Dr. Aaron Kheriaty of the University of California, Irvine, challenged the constitutionality of the hospital's vaccine mandate regarding individuals who have recovered from COVID and have naturally acquired immunity and was immediately placed on leave. There's no room to debate science as only the government can decide what's best for state employees.

The same sort of stringent vaccination rules for healthcare workers could be coming to the Department of Corrections and Rehabilitation, the state's largest department, with approximately 66,000 employees and a vaccination rate of 60%.

Perhaps of even more note is the fact no lesser liberal mouthpiece than The New York Times is finally willing to admit that it's not just KKK-Hat-wearing 'Trumpers' that are the great unwashed deplorables refusing to get vaccinated.

In New York, for example, only 42 percent of African Americans of all ages (and 49 percent among adults) are fully vaccinated - the lowest rate among all demographic groups tracked by the city.

This is another area in which the dominant image of the white, QAnon-spouting, Tucker Carlson-watching conspiracist anti-vaxxer dying to own the libs is so damaging.

It can lead us to ignore the problem of racialized health inequities with deep historic roots but also ongoing repercussions, and prevent us from understanding that there are different kinds of vaccine hesitancy, which require different approaches.

Did you ever think you would read those 'facts' from that 'news' outlet?

Here’s the deal: I refuse to go to any place that requires “proof of ‘vaccination’”

I CHOSE to get vaccinated....my CHOICE.

If the vaccination is even half of what it is claimed to be I really don’t give a rat’s rump whether anyone else is vaccinated or unvaccinated, masked or unmasked, coughing or calm, close or distant!

I have ZERO need to “feel safe” on the basis that everyone in a venue, a health care facility, or any other place has dutifully shown their papers.

America will remain “the land of the free” ONLY if we demonstrate that we are “the home of the brave”!

In a free country with a government of the people, by the people and for the people there are no mandates for experimental injections.

In fact, the Nuremberg Code says it a crime.

why aren’t you vaxxed yet?!? 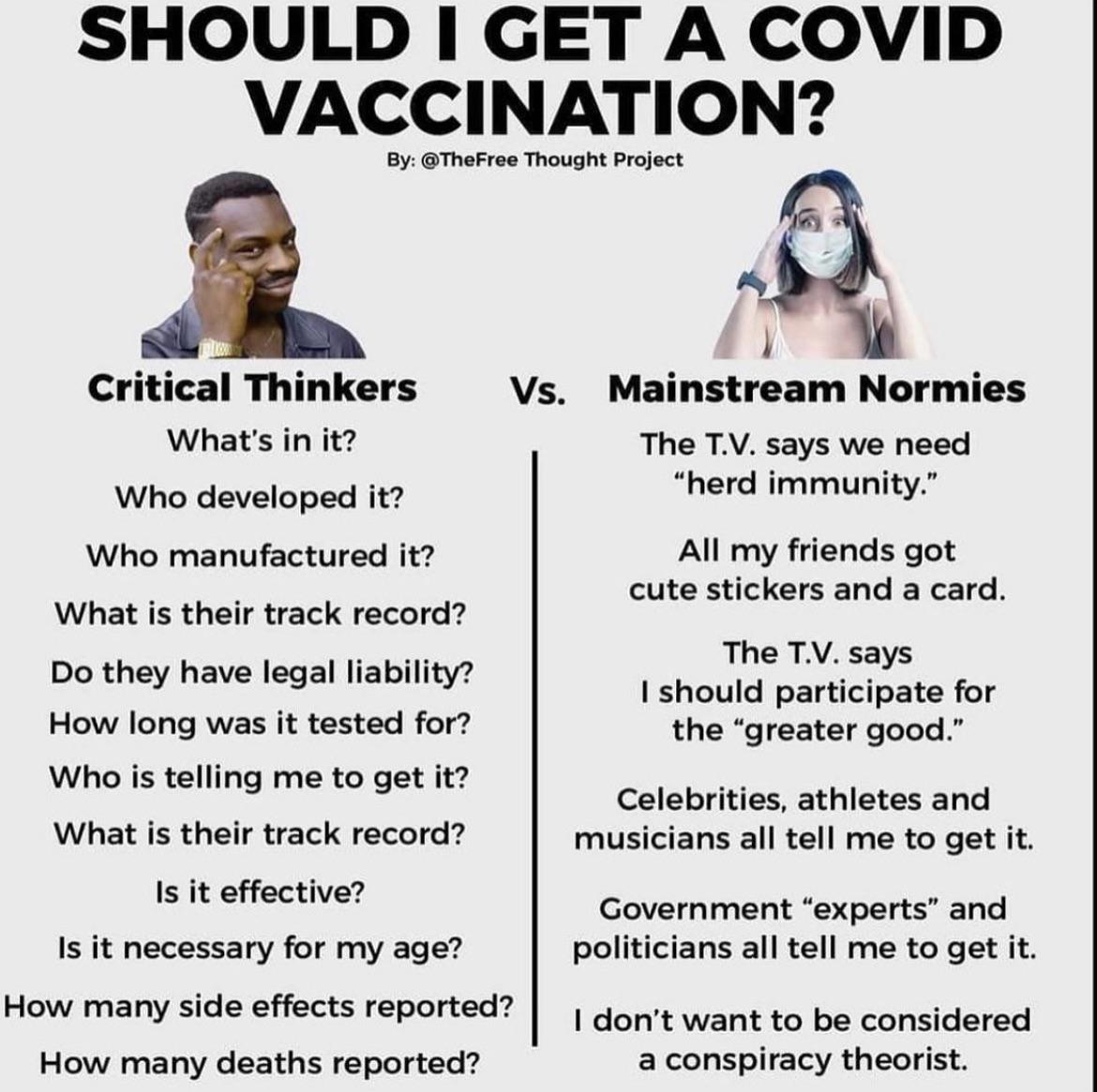 The amount of people vaccinated anywhere in the usa is probably 50% at most. This is consistent with around half of all employees refusing the jab we have heard from multiple industries in all states, and i think the government puts out fake high numbers because having half or more people not vaccinated shows how big the resistance and mistrust is

The reason the govt can’t save money is they can’t fire a significant part of the workforce because the NAACP would have a hissy fit.

This is so sloppily formulated!

What is she actually attempting to say?

"The data suggests that some state employees weren't compelled, but rather chose voluntarily to get jabbed after the directive?"

"The data suggests that some state employees weren't compelled to get jabbed after - but rather before - the directive?"

I think her first mistake was in using the word "compel," which has a rather nasty sound to it. Perhaps "motivated" would have been better?

Newsom’s own daughter hasn’t gotten the wuhan mystery shot so F him and the donkey he rode in on. Democrats and their wind-up-Fauci can spew all of the anti-science they want to but nobody is actually vaccinated. I saw an article on Anthony’s latest lies, “Fauci Returns to Fox News, Takes Aim at the Unvaccinated”, and you can give that a look at PJmedia. Real vaccines don’t require distancing or masks or boosters and you can’t get sick from what they allegedly prevent. Science! Those 40% will be able to rebuild California someday when those stupid enough to take the shot get their reward for being good sheeple (and at 42 trillion spike proteins per dose that shouldn’t take long).

And you were free to make that choice. I’m sorry but the 42 trillion spike proteins per dose are doing damage to you capillaries, veins and arteries which can’t ever be repaired. I do wish you good luck.

These are NOT proper vaccines (which take 10 years on average to develop, while these too 9 months), so if you take this mystery shot you are NOT ‘vaccinated’. You are Fetal Tissued and also Spike Proteined though, 42 trillion of them per dose. NOBODY is vaccinated.

Well, Gov. Newsome’s own daughter is not vaccinated so why should lowly citizens get vaccinated on his demand? 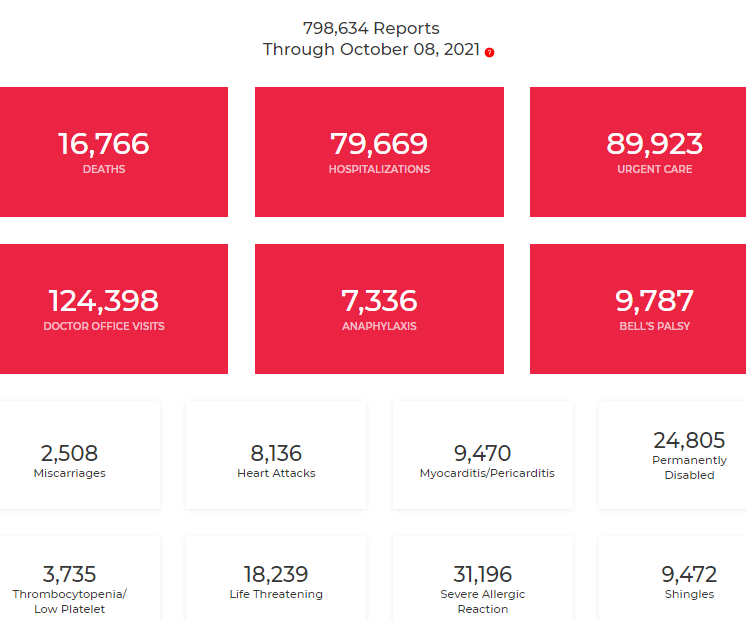 The poison death shot MAY also be reprograming your natural immune system.

Receptor #7: shingles seems to be a side effect of the vaxxine.

Receptor #4: onocologists seem to be getting into the act too- with receptor #4 turned off, that allows cancer cells to grow.

But don't worry, the idiots with medical degrees will never tie the perfectly safe vaxxines with exploding aggressive cancers IF that is what is seen in the future.

RUMBLE: Amongst others, an Irish GP has contacted Dr Cole, and said he's seeing an increase in cancers in the vaccinated, that he has never seen before in a 40 year career.

Gavin doesn't want his daughter to fight cancer in the future, but your family is participating in a experimental drug trial, which makes it OK.

They should make signs that say

When Gavin vaccinats his kids
I will.