While the Democrat leadership has been slavishly laboring to convince the American public that America should be an embarrassment and a source of deep shame, it would seem that our president and his handlers have decided that propaganda is not enough. They needed to provide a legitimate reason for our national disgust. And so they have: the reckless disregard for American citizens trapped in the terrorist haven that Afghanistan has now become and the unparalleled betrayal of the Afghan people.

Is Joe Biden's creation of the Afghanistan withdrawal disaster really just a case of gross incompetence? What if this isn't about incompetence? What if it is about tearing down America to suit his socialist ideologue handlers? But what if just tearing down America is not the only goal? Are there other possible reasons Democrats would want a disastrous withdrawal from Afghanistan?

1. Military and Intelligence Community punishing Biden for ending the gravy train for the military/industrial complex supporting the war.

2. Add Afghans to the hoards of other southern border illegal aliens being groomed as future Democratic voters.

3. Pay back political or monetary favors to international political allies such as Russians or Chinese to diminish America and allow resurgence by our adversaries.

4. To provide another crisis or distraction as cover for other covert plans. The "never let a crisis go to waste" school of governance.

6. Set up Afghanistan as a terrorist haven and wait for the inevitable terrorist attack on the American homeland so that Democrats can further erode our personal freedoms and declare martial law.

7. Promote Democratic globalist philosophy by getting the U.S. on board policy-wise with the other like-minded governments.

Intentional. Not even Biden is that stupid

I refuse to believe that Clueless Joe’s senility or incompetence can explain the disastrous events he has allegedly ordered. It’s his handlers who are out to destroy America.

By design. Next question.

never attribute to malice that which is adequately explained by stupidity

Correct. If its bad for America, they’re for it.

“To what end?” Is a good question.

Do that many want the USA destroyed?
Does the Deep State want to enrich itself at all costs?
Where will they live once the USA is gone?
Do they all count on being members of the Politburo and having dachas on the Black Sea?
Do they really believe the revolution won’t eat them, too?

I think they are that stupid.

Chaos to the USA, and empowering the USA’s enemies.

The goal and result was the same as BHO’s 2011 Iraq withdrawal:

If by design, then it would be an act of giving aid and comfort to the enemies of the United States.

Senile Joe didn’t make the decision to cut and run from Afghanistan. The decision and its execution were made by the cabal of leftist ideologues and Obama administration retreads who are actually running the country. The cabal told senile Joe what to say and easily convinced the doddering old fool it was a bold decision. The military was caught flat footed and were likely not even consulted about how to withdraw. A deadline was set and off we went with the frightful consequences we all saw. The mess has all the hallmarks of a committee decision where few of the committee agreed with each other.

It’s both. The by design part was - anything that Trump did we are not doing. That was also the incompetence part.

Why must it be an either/or question? Someone can be incompetent and do something stupid intentionally.

I said at the time, by design.

Could they have scr*wed it up worse if they tried? No, because it was the result OF TRYING. I don’t believe there can be any other explanation.

Milley most likely wrote the OPLAN. He is an idiot.

Pretty much a sad state of affairs when “all the above” applies to one degree or another in the Afghan situation. 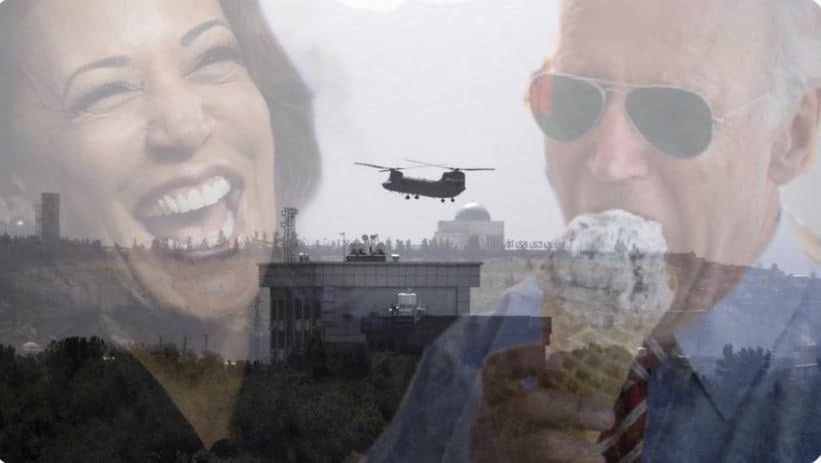