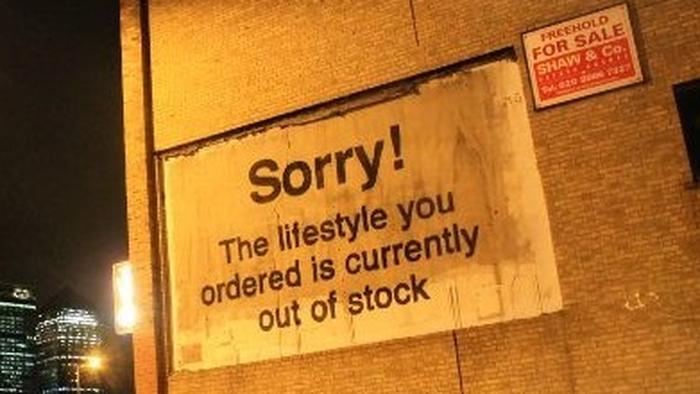 Corporate America sacrificed national interests in service of greed, and so did the U.S. government.

As we all know, the source of Corporate America’s unprecedented explosion in profits in the 21st century is the offshoring of manufacturing to China. If you doubt this, please study the chart below of corporate profits. Apologists claim many excuses in an attempt to evade the central role of offshoring production to China, but they all ring hollow: no, it wasn’t increasing productivity or automation or Federal Reserve magic, it was shipping production to China and other low-labor-cost nations.

Whether we like to admit it or not–mostly not–the American economy is entirely dependent on manufacturing in China. America’s short-sighted obsession with increasing profits to fund buybacks and golden parachutes for corporate insiders and vast fortunes for financiers has led to a dangerous dependency that has handed China tremendous leverage, which China is now starting to make use of. (And why not? Wouldn’t the U.S. start using the same leverage if it could?)

A long-time U.S. correspondent who prefers to remain anonymous for obvious reasons recently shared his experiences with parts shortages and price increases from previously reliable suppliers in China. Here is his account of the disruptive shift in the supply chain of essential parts from China to the U.S.

China is laying siege to the USA by slowing down production and delivery of goods. It doesn’t take much to hang up US production, just one missing item can do it. So much stuff is sourced through China they can affect all supply chains. Semiconductors are just the canary–because the chains are so long and complex, and specialized materials are required, etc. But it is happening everywhere.

I have a little manufacturing company and I am seeing this in supply lines. I sent an order to China for printed circuit boards (US prices are astronomical because of various factors). They don’t get back for a week, then they quote, then I send money, then they sit on it, then I call and they say they are having problems with some process… etc. But all the suppliers are like this, it is not an isolated incident. They are sandbagging.

So just as in laying siege, the attackers have the food outside the castle and wait for the people inside to starve.

As prices rise the Chinese manufacturers take bigger profits so the slowdown effects on that end are mitigated. For products they do not have a monopoly on, like PC boards, they slow down. for things like LCD displays and NFeB magnets, the items become unavailable (try buying magnets on Amazon).

I have to say this is a brilliant idea on China’s part, and no one on this side has realized the situation yet. This plan is straight out of Sun-Tzu. implications? inflation and shortages will continue for a long time… maybe forever. The only long-term solution is repatriation of manufacturing to the US. But it is going to cause some serious hurt, vastly more than the sanctioning of Chinese tech companies.

i just sent a request for quote for some radio chips I use to Alibaba. they are $1 each and there are many vendors. I sent notes to 2 vendors i used before and after 4 or 5 days got a ping back that my requests were cancelled. i wound up getting the parts–for 2x the price– from Hong Kong, which at the moment seems to be something of a channel to the mainland. But I expect they will close that leak pretty soon.

I have long made the case that manufacturing, energy and food are all fundamentally national security issues. Those benefiting from “free trade” (there is no such thing, that’s just a handy PR cover) have sold the unwary the fraudulent notion that “everyone benefits” from globalization. Nothing could be further from reality. A handful of corporate insiders and financiers have benefited at the expense of everyone else.

And now the chickens are coming home to roost. Essential parts and feedstocks become unavailable for all sorts of flimsy excuses, prices double, triple, then double again, and since we’ve allowed our entire economy to become dependent on a handful of sources for these essentials because that dependency maximized profits, then there are no alternatives.

We lost more than the trade war. Total surrender and we never even fired a shot. My Korean War vet father rolls in his grave

It’s all tied to Taiwan...they are starting to show us why it will be a huge mistake to try to mess with them on on that.

Siding with the reds?

And they own our government.

The downside of “winning” world trade for China.

How did China capture the bulk of world trade? China experienced a huge demographic bonus. What America did over 170 years, moving the bulk of our population from the farm to the city, China did in about 30 years. Suddenly, there was an overstock of available labor. At the same time, China instituted the one child policy. The population pyramid (young at the bottom, old at the top) now looks like a diamond. The demographic bonus was real. But it was also real short. After thirty years of bonus the bulk of their population is in their fifties. China has the most rapidly aging population on Earth. Changing the policy from two to three children has had zero effect. That’s because…hey, communism! Nobody can afford to have even one child now.

Second, the Chinese government has two policies. They manipulate their currency so USD can buy whatever amount of labor is required to take the industrial jobs away from the US. (Or, anywhere else, for that matter.) But doing so has created a level of “rich” poverty in China. Everyone has a cell phone and credit card debt, but the only truly rich people are CCP members. And, even they find it almost impossible to get their wealth to someplace where it won’t implode when the rest of China implodes. The other problem is, Chinese industry isn’t about profit. It’s about employment, because employed people don’t have the time to riot.

All of this mismanagement is having an impact, the end result of which has to be war. Just as Argentina attacked the Falkland’s to take the people’s mind off internal problems, China is attacking the world to create a sense of shared danger…from which only the CCP can protect the Chinese people.

All of this is going to end badly. It would have ended sooner under Trump, and more seafely for America, but even a wholly owned Biden can’t save the Chinese from a hundred years of bad management.

The manufacturing capacity of China today makes Detroit’s hay-day of the 1950-60s look like a local mom and pop tool and die company.

We. Are. Done. It is over. Containerized shipping where one ship can carry 57 miles of containers lined up end to end is an overwhelming trade juggernaut.

The spread of chicom trade goods has infected our culture to the point it is difficult to impossible to find USA made goods and a lot of those goods that are made here have parts that are made in China.

“China is laying siege to the USA by slowing down production and delivery of goods. Semiconductors are just the canary–because the chains are so long and complex”

This article would be more credible if the author knew what he was talking about. China makes very few chips. It’s Korean and Taiwan where those come from.

The “real pain” already began with the Made in China virus. It was the most one sided trade deal of them all.

China releases a pandemic upon the USA and the rest of the world. The USA, thanks to President Trump and Operation Warp Speed, then spends tens a billions of dollars rolling out a cure.

Everything the US does is a mistake by their “standards”.

Did he give a reason why? Just curious.

I don’t blame corporate America very much here. Let’s say 10 companies make widgets here in America. And just one of those companies moves production to China. That one company will be able to drastically undercut the other nine.

So those other nine companies now have a choice. Move production overseas, or go bankrupt.

The real villains are the politicians (D and R) who let this happen.

Americans better WISE UP/
Key swamp demons were making fortunes when they allowed US companies in a number of industries including pharma, computer; and electrical as well metal fabrication components even bicycles relocate their factories in China . To the point where China was our sole supplier.
Shipped here by rats and rinos who owned the boats like McConnell and Finestein.
The money the CCP has now comes from US .If we played our Chinese checkers right we could of really turn things around for the better not only here but in China as well.Check out this recent posting in Free Republic.com which the MSM and social venues will spike; http://www.freerepublic.com/focus/f-chat/3890312/posts. will be stopped by Biden and hailed by Walmart http://www.freerepublic.com/focus/f-bloggers/3920123/posts

Yea, and I should have been more careful wording my comment.

We can’t get people to work.

Much of our food is processed in China.

We are heading for an interesting time. As in I wonder what the rump states of the old US will be like

Just surrender to Winnie the Flu, and we’ll be juuuuuuuust fine. /sarc

But it's "free trade!" The Clinton's, the Bushies and
Obama said it's will be be wonderful for Americans.
And everyone will profit from it. And the world be at peace.

What all of these greedy, traitorous globalists didn't
tell America is that they were turning the USA into
an oriental satrapy of Communist China!

Here is a novel idea...Americans, stop buying Chinese goods. After a while, write consumer contacts for various corporations conveying your displeasure with Chinese produced goods.

It can be done. I do not purchase Chinese goods. I go out of my way to purchase American products. If American products are not available for what I’m looking for, I look for the product made anywhere but China.

Been doing it ever since Walmart got busted relabeling Chinese goods as “Made in USA”. Like 3 1/2 decades ago. lol