Smoldering tensions over the Jan. 6 Capitol attack exploded Wednesday in a partisan battle over who should sit on the special committee investigating the deadly siege — a clash of wills that spurred Republicans to end their participation in the investigation before it began.

The fight started just after noon when Speaker Nancy Pelosi (D-Calif.) said she would reject two of the five Republican nominees to the panel, Reps. Jim Banks (Ind.) and Jim Jordan (Ohio). Both are among the most staunch defenders of former President Trump and deny his role in instigating the attack, and Pelosi — fueled by objections from within her caucus — accused the pair of threatening “the integrity” of the coming investigation.

House Minority Leader Kevin McCarthy (R-Calif.) called a private meeting with all five of his nominees for the select committee, emerging shortly after with an ultimatum to Pelosi: Keep Banks and Jordan on board, or all of the Republican picks would walk away.

Pelosi didn’t budge, prompting McCarthy to yank the other three Republicans from the panel.

“Pelosi has broken this institution,” McCarthy later told reporters while flanked by his GOP picks.

The dramatic back-and-forth — extraordinary even by current measures of national partisan hostility — highlighted the levels of resentment and distrust that persist on Capitol Hill more than six months after the deadly events of Jan. 6.

The siege was orchestrated by Trump supporters who, emboldened by the former president, were attempting to stop Congress from formalizing President Biden's electoral victory. And Democrats have been furious with those Trump allies who not only promoted Trump’s lies about a stolen election, but voted to overturn the presidential results just hours after the rampage.

Jordan and Banks have been among the most vocal Trump defenders following the Capitol riot, and rank-and-file Democrats raced to defend Pelosi’s decision to deny the pair a seat on the investigative panel.

“You have two people who are just so disconnected from reality, and seem so willing to throw bombs,” said Rep. Dan Kildee (D-Mich.). “I think as tough as the decision is — and I'm sure she'll face a lot of criticism for it — I'd rather take that now than subject what should be an honest analysis of what took place to becoming a 'Gong Show.' And that's what it would be.”

McCarthy and his team of nominees shared a decidedly different view. Although the resolution creating the select committee granted Pelosi ultimate powers to decide the panel’s membership, they accused the Speaker of encroaching on the rights of the minority party to decide its own roster — a dangerous precedent, they warned, for similar panels in the future.

“It's an egregious use of power,” McCarthy said. “It is undeniable that this panel has lost all legitimacy and credibility.”

Most Republicans had opposed the creation of the select committee last month, criticizing Democrats for limiting the scope of the probe to the events of Jan. 6. Republicans had pushed to expand the scope to include other episodes of political violence, including the sporadic clashes that accompanied some of last summer’s Black Lives Matter protests and the April 2 killing of Capitol Police officer Billy Evans, who was struck by a car when a motorist rammed a police barricade.

They also want any investigation into Jan. 6 to include a thorough accounting of what Pelosi knew about the threat that day — an unsubtle suggestion that they think the Speaker was negligent in securing the Capitol.

“I don’t think they’re going to address the fundamental question … of why wasn’t there a proper security presence at the Capitol that day,” Jordan said. “And only one person can answer that question — only one.”

Yet the select committee was formed because Republicans had rejected the Democrats’ first choice of investigative strategies: the creation of a bipartisan independent committee, modeled on the 9/11 commission, to conduct the probe. Legislation forming that panel was negotiated by House Homeland Security Committee Chairman Bennie Thompson (D-Miss.) and GOP Rep. John Katko (N.Y.) and backed by 35 House Republicans, but was blocked by Republicans in the Senate.

Those dynamics have undermined the Republicans’ claims of a stacked process, while providing ammunition to lawmakers in both parties still fighting for a comprehensive dive into the causes and machinations surrounding the Capitol attack.

McCarthy’s actions are a “self-fulfilling prophecy,” Rep. Elissa Slotkin (D-Mich.), a former CIA analyst and Pentagon official, told The Hill. "You don't accept the most clear, neutral bipartisan version that's on the table, then you criticize the second-best option."

“It is hard for me to believe the crocodile tears when Leader McCarthy has been against this vocally from the very beginning,” she added.

Democrats have a powerful ally in Rep. Liz Cheney (R-Wyo.), a fierce Trump critic who accepted Pelosi’s invitation to sit on the select committee and is now bashing Republican leaders, saying they have sided with Trump over the Constitution. She has reserved some of her harshest language for McCarthy.

“There must be an investigation that is nonpartisan, that is sober, that is serious, that gets to the facts wherever they may lead. And at every opportunity, the minority leader has attempted to prevent the American people from understanding what happened,” she charged Wednesday, adding that McCarthy’s actions surrounding Jan. 6 should disqualify him from ever becoming Speaker.

Cheney was also quick to support Pelosi’s decision to reject Jordan and Banks. The former, she argued, “may well be a material witness to events that led to ... Jan. 6.” The latter “disqualified himself” in vowing to focus his energies on the panel on Pelosi, she said.

“He is not dealing with the facts of this investigation, but rather viewed it as a political platform,” Cheney added.

Another one of Pelosi’s picks on the panel also ripped into McCarthy, likening his actions to a child throwing a tantrum.

“What McCarthy is doing is petulant and typical of his desire to impede getting to the truth,” Rep. Stephanie Murphy (D-Fla.) told reporters Wednesday. “Taking his ball and going home as opposed to appointing serious, apolitical members to participate on this committee is undemocratic of him and un-American.”

Katko, the leader of a bloc of moderate Republicans, said he’d be willing to participate in any GOP effort to investigate Jan. 6 as long as it’s “not political.” But he expressed disappointment that Senate GOP leaders blocked his Jan. 6 commission bill that had been passed in the House by 35 Republicans and all Democrats.

“I really wish our bill had gotten there,” Katko lamented.

McCarthy's decision to withdraw his GOP picks means that the panel — designed to seat 13 lawmakers — will instead feature only the eight members appointed by Pelosi earlier in the month, including Thompson, the chairman, and Reps. Jamie Raskin (D-Md.), Adam Schiff (D-Calif.) and Zoe Lofgren (D-Calif.).

The panel's first hearing, set for July 27, will feature testimony from four police officers who were injured during the Capitol attack.

To Hell with Rat scumbags pushing the bogus Jan 6 narrative.

January 6th, not so much.

Yes, a false flag if I ever saw one. Antifa was already planning it on the INTERNET before it even happened saying they were going dressed as Trump supporters.
Fook Pelousy and her f’ed up plan to try to FALSELY SMEAR and impeach President Trump!
She is a WITCH. Burn her at the stake in the frickin Rose Garden of the soiled whitehut regime!
They are all criminals and traitors of the highest order!

What about the church burners? 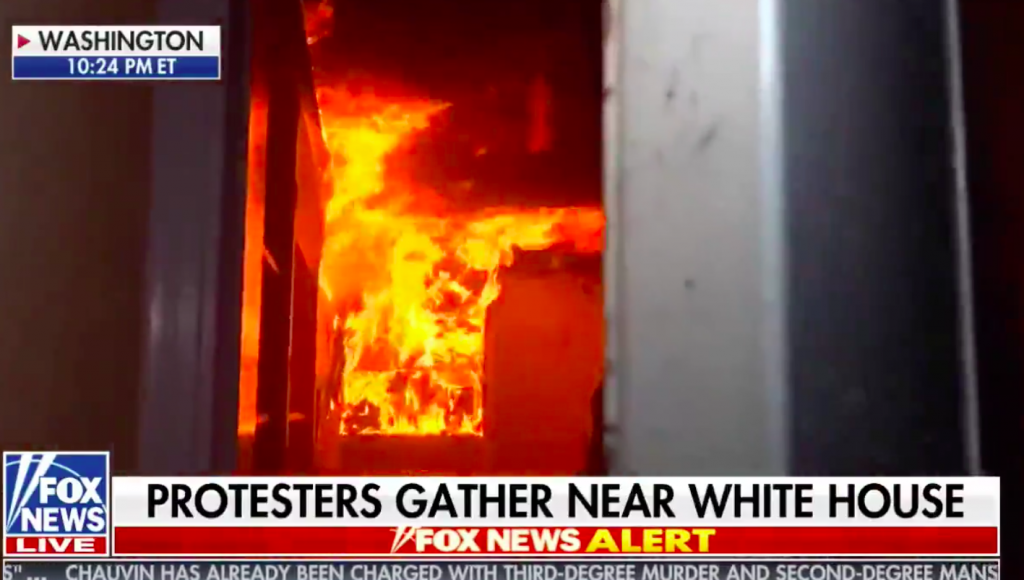 Apparently there were deadly events (plural) during a siege and a rampage that I somehow missed. The “bottom of this” sits in the Speaker chair and this “investigation” is pure deflection from her role in the massacre that wasn’t. No Republicans but traitor Liz is just fine with Nancy - makes it much easier to blow smoke up the Press’s collective butt without objections.

10 posted on 07/22/2021 1:09:55 AM PDT by MikelTackNailer (Fortunately despite aging I've been spared the ravages of maturity.)
[ Post Reply | Private Reply | To 1 | View Replies]
To: RandFan
A good old journalism teacher taught me one thing I always remembered. Remove the adjectives from the story to see the bias. And sometimes that includes verbs and adverbs. So lets look at the first two sentences and isolate the bias:

The siege was orchestrated by Trump supporters who, emboldened by the former president, were attempting to stop Congress from formalizing President Biden's electoral victory.

I count five. That's a lot of lies in one sentence.

Cheney was also quick to support Pelosi’s decision to reject Jordan and Banks.

Wait, wut? But I thought she was a Republic*nt?

The only violent death on 1/6 was the murder of an unarmed woman by a Capitol policeman.

Maricopa County is giving it a shot.

Not breaking news...The biden bunch colluded with Russia and China and Iran
...

That’s the way they all became the biden bunch.

Could the speaker of the house tearing up the state of the union speech behind the president’s back on live tv have been a contributing factor in enraging the electorate?

> “The siege was orchestrated by Trump supporters ..... “

“The Hill” of course.

Reps. Jim Banks (Ind.) and Jim Jordan (Ohio) did a fine job undermining and exposing the Russia and the impeachment charades. Dashed Pelosi’s hope that her power plays would destroy Trump. She’s afraid of their ability to investigate, analyze and question. Oh, and they’re unintimidated white men.

Now pecker puss doesn’t have a bipartisan investigation. Cheney, who apparently has lost her mind, doesn’t count. Any findings will be dismissed and quickly forgotten.

Wow. That article wasn’t slanted in any way, was it?